Earlier this year I posted a Coingrader Capsule titled “Hit and Miss Bargains,” explaining how I had given up on some auction houses that fail to upgrade their photography so that buyers can grade lots accurately and know on what they are bidding.

One of the houses that was “hit and miss” for me over the years was Gary Ryther Auctioneers of Lawson, Missouri. I have long admired Gary for his ethics and in-house shipping policies, but his photography was lacking through 2011. For starters, he took photos on the slant rather than straight on, which tends to highlight luster at the expense of detail, especially on DMPL coins. See an example below (click to expand) 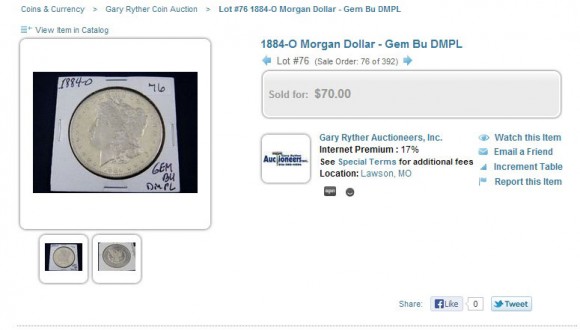 I have written about how to tell mirrors on Morgans and cameos on Franklins. See this post. It’s impossible to tell if a raw coin actually is a DMPL unless the photography is keen. See this example below of a coin from another auctioneer described as DMPL that wasn’t upon receipt of the lot. 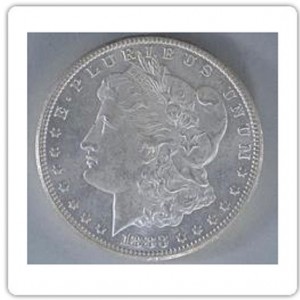 This year Gary Ryther focused on improving his photography. “You were the first one to encourage me,” he said. “Now we constantly improve and are enthused about photogaphy because we’re doing regular coin auctions and have earned a reputation selling coins. One of our employees, Annitte Caldwell, takes our photos now.”

What a difference Caldwell has made! Look at the four shots of this DMPL coin sold in Ryther’s recent coin auction on Proxibid. 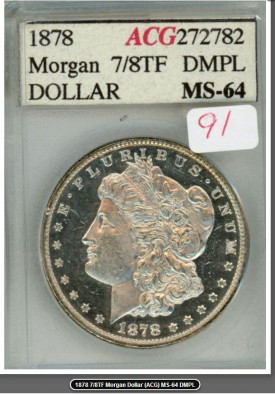 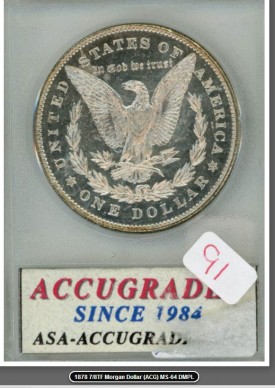 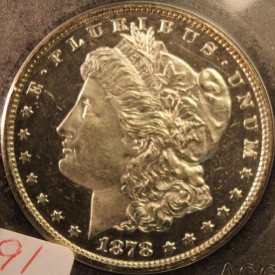 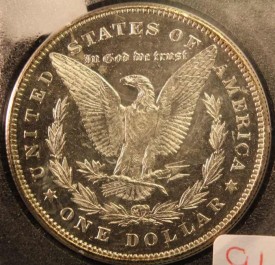 Caldwell uses a Canon Rebel T3i 600d SLR and an Epson Perfection V600 scanner. “Because all coins seem to have their own issues,” she says, “I go back and forth between the two.”

“I started taking coin pictures about a year ago for Gary Ryther. Up until then I never thought any more about coins but what I could buy with them. But now I see them in a different view.” Caldwell’s only goal is to try to shoot a coin close and in focus so that not only the people in the auction house can view them and form their own opinion/grade but that the people online can also have the same view and be able to make an opinion without doubts.

I won this 1820 MS61 ANACS-slabbed large date cent with a bid of $300. It’s on its way to PCGS, because if it crosses at MS60, we’re still looking at a $500 coin. But I never would have bid on this that high had not Caldwell taken excellent shots of the lot. 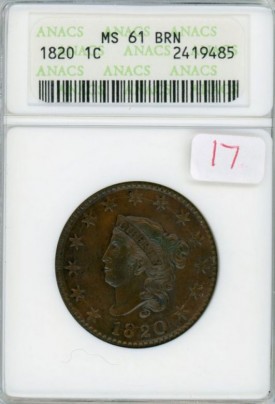 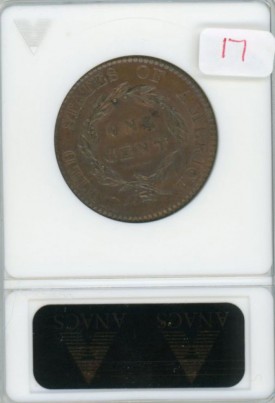 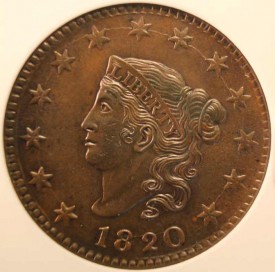 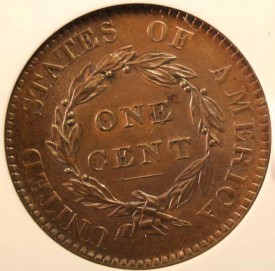 How did Caldwell manage these particular shots that sold a coin purely on the strength of her photography?

“The first two pictures were scanned. I found a great scanner program from Hamrick.com, called VUESCAN, which makes the work go much faster, and can output up to 2400dpi, and allows me to scan an entire flatbed of coins and output the results to different files.” She set the Epson scanner at 24-bit color and 600dpi output to JPG files.

“The other [close-up] two pictures were shot with the Canon T3i. I used the kit lens, an 18-55mm zoom, in conjunction with a 12mm extension tube. A polarizing filter makes it possible to remove glare from plastic or glass. To better and more easily see the results ahead of time, I have set up an HD TV, connected to the HDMI output. This makes focusing a snap, especially since the camera allows me to zoom even in live view and get the focus right to a fine degree.”

Caldwell says she finds that using a tripod and a remote shutter release also help refine the sharpness. “Results are seen instantly, and the file can be judged up or down immediately. Retakes are usually a matter of adjusting a light or fine-tuning a focus point.”

“Not having to touch the camera to release the shutter is a large factor,” she adds. “A remote release, or at the very least a time-delay after the shutter is pressed and before the shot is actually taken, makes a large difference in sharpness and quality. Being able to set the time-delay for 2 seconds instead of 10 obviously makes for a friendlier work-setting.”

Additionally, she shoots in “raw image format,” or minimally processed mode–technically, a digital negative. “The advantages of shooting in RAW, then adjusting the White Balance so that the resulting image most closely resembles the original, far outweigh considerations of file size, storage requirements, and computer response time.”

As always, Caldwell says, photography comes down to light. “Controlling the light, angles, intensity, direction, color, all add up to a better final product. Any amount of work put into controlling light quality is more than repaid in the end.”

Her basic setup is two light sources, one above, the other nearer a flat angle to the subject. “This allows adequate lighting on the object, along with relief lighting from the side light. Both are on Dimmers for easier and quicker control. It is certain that with any large lot, speed is important. In our house, it takes second place to quality of image, for necessary and obvious reasons.”

Caldwell is constantly improving her numismatic photography. “I think the next work-issue I will have to address is light temperature. The bulbs used here seem to degrade the longer they are on, from white to yellow-white, to more yellow. I will have to find a source for bulbs I can depend on to remain true.”

We commend Caldwell’s professionalism and Gary Ryther for understanding that the coin-buying world is gravitating toward Internet and so must rely on sharp, expandable photos so bidders can ascertain grade and condition.

Would that others follow their lead; but if not, I know where I am bidding.