The number one-ranked collection of United States large cents in both the PGCS and NGC Set Registry listings will be publicly displayed for the first time at the American Numismatic Association World’s Fair of Money in Boston from August 10 – 13, 2010.  The historic coins from the Cardinal Collection Educational Foundation include some of the finest known examples of large cents struck from 1793 to 1857.

“This is a truly amazing collection, valued at millions of dollars.  There are 77 large cents and each is among the very finest known for its respective date and type.  Many of them are simply the finest known, period,” said Greg Roberts, CEO of Bowers and Merena. 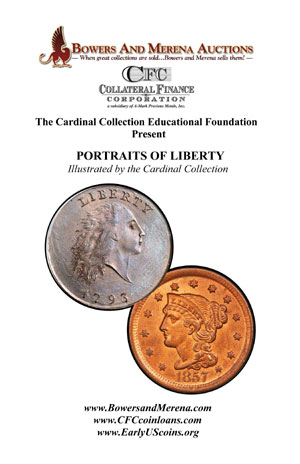 While supplies last, visitors to the exhibit can receive a free, 40-page illustrated booklet published by the foundation, “Portraits of Liberty,” that describes the history of U.S. large cents.

Highlights of the exhibit include: 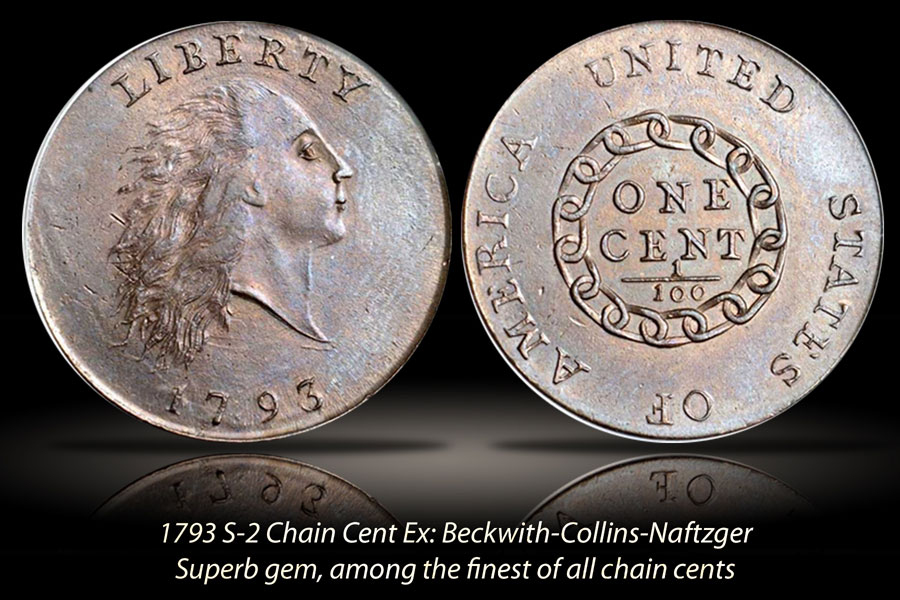 “The Cardinal Collection Educational Foundation is a non-profit educational organization that focuses on the study and publication of information about early coinage of the United States of America.  The foundation is delighted at the opportunity for thousands of people to see these superb-quality, early American cents in person in Boston with the valued assistance of Bowers and Merena and Collateral Finance Corporation,” said Martin Logies, a director of the Sunnyvale, California-based foundation.

One of the America’s leading rare coin auction houses, Bowers and Merena of Irvine, California holds three of the top seven world-record auction prices for U.S. coins.  For additional information call (949) 253-0916 or visit online at www.BowersandMerena.com.

Collateral Finance Corporation of Santa Monica, California offers precious metals financing to dealers and collectors on a wide array of bullion and numismatics.  For additional information, call (310) 587-1410 or visit www.CFCcoinloans.com.

For additional information about the ANA World’s Fair of Money, visit www.WorldsFairOfMoney.com.