The U.S. Mint is now accepting orders for 1.5- and 3-inch bronze medals based on the Congressional Gold Medal awarded to the Pueblo of Laguna Tribe in recognition of its contributions to United States military efforts as “Code Talkers” during World War II. The New Mexico-based tribe received the medal in a tribal ceremony on July 29, 2016.

The 1.5-inch medal costs $6.95, while the 3-inch version costs $39.95; both pieces are struck at the Philadelphia Mint. The Mint’s bronze medals are not given mintage limits and can be discontinued or reissued at any time. 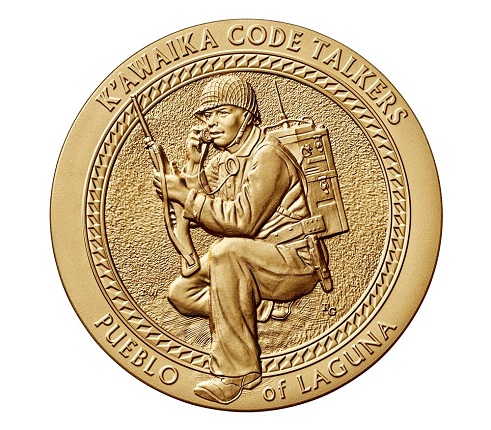 This medal’s obverse was designed by Donna Weaver and sculpted by Renata Gordon. It features a depiction of a Laguna code talker crouching, with the inscriptions K’AWAIKA CODE TALKERS and PUEBLO OF LAGUNA inscribed along the rim of the medal. 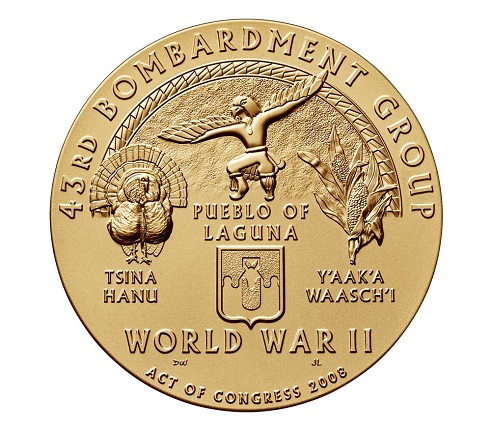 The reverse carries a Pueblo of Laguna tribal seal and the inscriptions 43RD BOMBARDMENT GROUP, WORLD WAR II, PUEBLO OF LAGUNA, TSINA HANU (“big turkey”), Y’AAK’A WAASCH’I (“little corn”), and ACT OF CONGRESS 2008. This side of the medal was designed by Donna Weaver and engraved by Jim Licaretz. 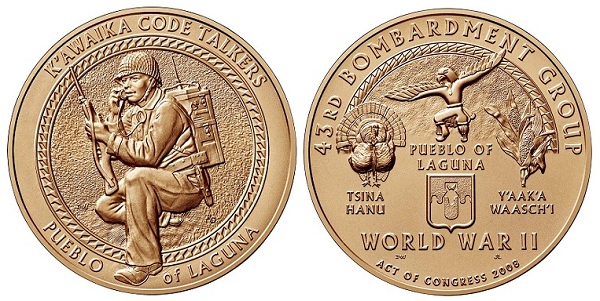 Code Talkers were Native Americans who used tribal languages to transmit secret communications for the U.S. military during World War I and World War II. After Navajo Code Talkers received a Congressional Gold Medal in 2001, the Code Talkers Recognition Act of 2008 established a plan to recognize other tribes who served in this capacity. In addition to the Navajo, 33 tribes were selected to be honored with Congressional Gold medals; of those, 31 have received their medals, with 2 scheduled to be awarded theirs in the future.