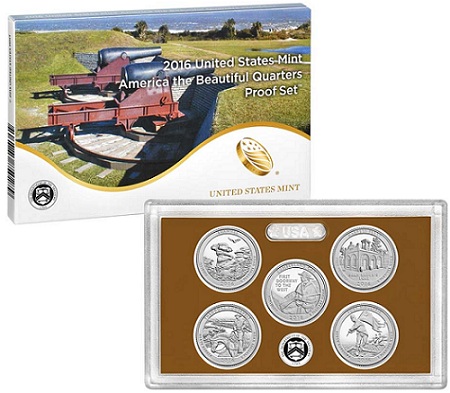 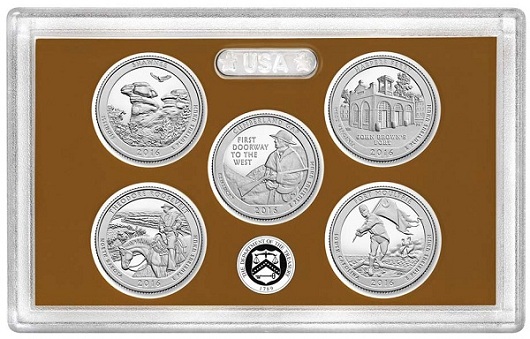 While the Shawnee and Fort Moultrie Proof quarters were first issued last week with the release of the 2016 Birth Set and the 2016 Happy Birthday Coin Set, today’s ATB Proof Set launch provides collectors with their first opportunity to purchase the Cumberland Gap, Harpers Ferry, and Theodore Roosevelt quarters. The Mint has not established a product limit or household order restriction for this release.

This marks the seventh year of the America the Beautiful quarters program, which will have issued 56 unique designs by the time of its conclusion in 2021. Larger images of these quarters, as well as more information on each design, can be viewed here.