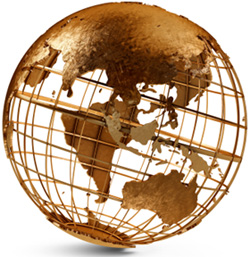 In all the political wrangling in Washington about raising the debt ceiling to authorize borrowing an additional $2+ trillion, there was absolutely no discussion about where will the US government find a creditor who will loan these funds!

Most of the funds for the Quantitative Easing 2 program from November 2010 through June 2011 were created by having the Federal Reserve monetize US debt.  In other words, the US government created the funds out of thin air by use of the printing press (well, actually, with today’s technology this new money was probably created by clicks on a computer keyboard).

However, Federal Reserve Chair Ben Bernanke has proclaimed that there is no need for the Fed to continue with a new program of quantitative easing!  Therefore, if Bernanke was telling the truth, the Fed will not provide these loans.

Japan, the third largest holder of US government debt certainly can’t help out.  That nation’s government is in the position of having to liquidate assets, including possibly some US Treasury debt, in order to pay for the recovery from the March earthquake and tsunami.

Oil-rich nations in North Africa and the Middle East also hold large quantities of US Treasury debt.  However, many of them also have to sell assets to implement programs to prevent the spread of civil unrest.

Maybe the politicians in Washington think that South Korea might help out.  Once again, sorry.  South Korea does have $300 billion in foreign reserves, the 7th largest of any central bank or government.  Further, South Korea has to a large degree acted as a “puppet” of the US government since the Korean War.

However, that status is changing.  Just this week South Korea revealed that it is purchasing 25 tons (803,000 ounces or about 1% of annual global mine production) of gold reserves, which nearly triples their gold holdings.  The last time that South Korea purchased gold reserves was in 1997-8 when it asked its citizenry to redeem gold to manage the Far East Asia financial crisis.  This act of purchasing gold is the opposite of what the US government wants to support its effort to suppress gold prices, meaning it is another sign that South Korea is asserting a greater degree of independence from Washington.

The nations in the Euro sphere have more than they can handle with the current debt crises in Greece, Italy, and Spain (with Ireland and Portugal lurking in the background), so they are not in a position to bail out the US government.

Two trillion dollars is such a large amount of money that there are very few entities that could handle such size, even if spread out over two years.

After eliminating the previously cited possible sources, for all practical purposes the US government cannot count on foreigners to purchase US Treasury debt at the current low interest rates.

So, when it becomes obvious to the public that this week’s so-called “fix” didn’t really cure the problem of the US government’s fiscal malfeasance, the politicians will again be forced to resume inflating the US money supply.  They may or may not call it quantitative easing, but it will be about the only available alternative to politicians who want to stay in office.  What that means is that the US government will again create money out of nothing.  Therefore, the value of the US dollar will fall (plummet?) over time.

I have “confidence” that the politicians in Washington will find some creative way to borrow (“steal”) the funds needed to raise the debt level to the new authorized limit, destroying the value of the US dollar in the process.  Gold and silver prices are going to soar to unprecedented heights a lot sooner than the average American realizes.