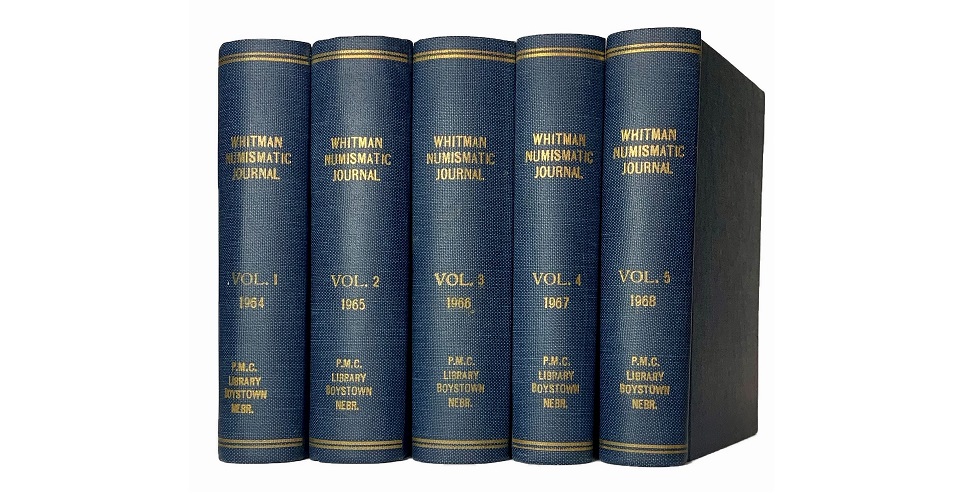 A month ago in this column I wrote an “introduction” to the Whitman Numismatic Journal—actually, a description of how the Journal was introduced in January 1964, at a time when coin-collecting was booming in the United States.

That article sparked a lot of feedback from readers. It seems the Whitman Numismatic Journal has many fans, and a strong reputation, more than 50 years after the last edition rolled off the press. Coin World editor Bill Gibbs called it a “great publication.” Gerald Tebben, a columnist for Coin World who used to work for the Columbus Dispatch (and until recently was editor of the Central States Numismatic Society’s journal, The Centinel) suggested, “This would make a wonderful addition to the Newman Numismatic Portal.” Jeff Rock, a longtime collector and dealer in early American coins and colonials, echoed that sentiment: “There is a LOT of information in that journal but, like most older journals, it gets forgotten. Things on the Newman Portal get an extended lease on useful life these days!”

For some readers, it was news, however. “Just read about it [for the first time] here,” wrote one. “Sounds like a prime time to bring it back out. I would be interested.”

I recall a member of the Collectors Universe U.S. Coin Forum pondering a few years ago: “I came across about 25 Whitman Numismatic Journals from the ‘60s. Trying to figure out if they have any value or if I should burn them to keep warm.” (I hope he found less valuable kindling that winter!)

I bought my own personal set of the Journal from Charles Davis, the well-known dealer in numismatic literature, for $125 in April 2021. It’s a complete five-year set, bound in hardcover for the PhilaMatic Center Library at Boystown, in Nebraska. It was bound by Trade Ruling & Binding Co., of Omaha. Davis told me, “I bought the set when I acquired Q. David Bowers’s library. . . . The PhilaMatic Center had some extraordinary items including an interleaved first-edition Red Book.”

It looks like there weren’t any coin collectors at Boystown in the 1980s (Trade Ruling & Binding was incorporated in 1980), because the “Date Due” card in the back of each volume is pristine—unsullied by any librarian’s elegant cursive! 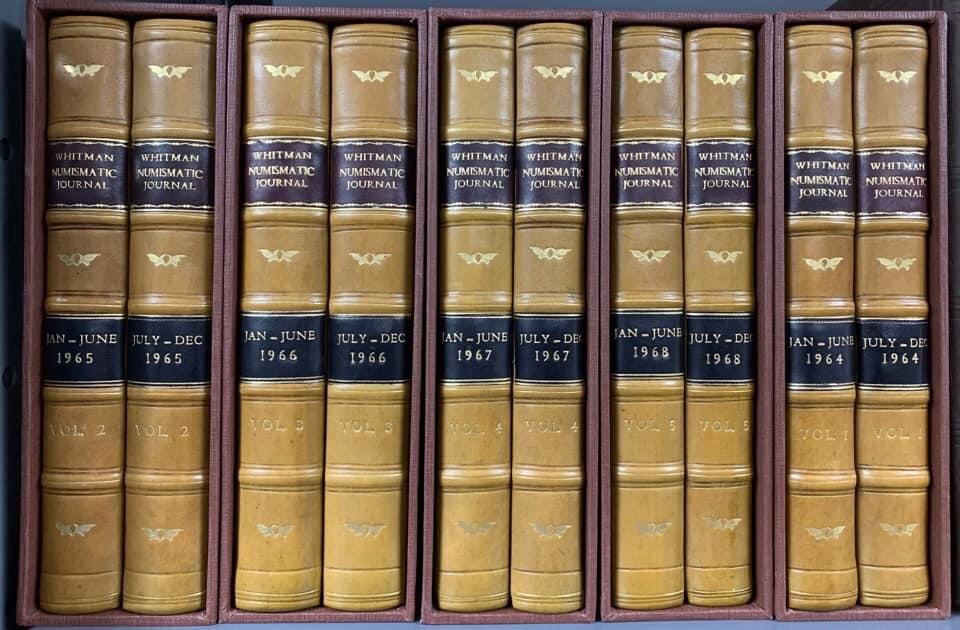 Another bound set—much more elegant, in hubbed-spine leather—from the personal collection of the late Syd Martin.

My collection is nicely bound but I would describe it as “efficient.” On the other end of the binding spectrum is an almost unimaginably elegant complete set, beautifully clad in leather by Alan Grace. This set was in the collection of the late Syd Martin, renowned numismatic researcher and author, and is being auctioned this month by Kolbe & Fanning Numismatic Booksellers. This lot description is from their catalog: 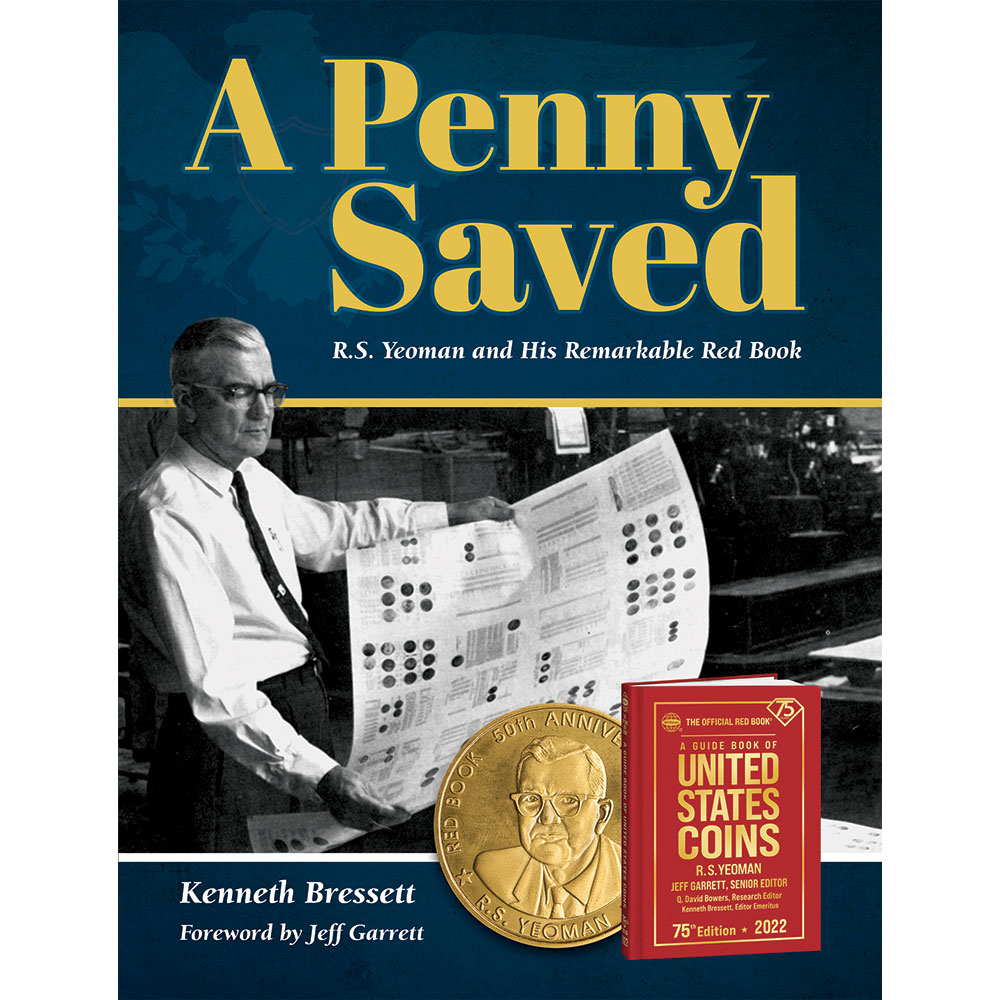 Kenneth Bressett reminisces about the Whitman Numismatic Journal in his memoir A Penny Saved: R.S. Yeoman and His Remarkable Red Book. In 1964 R.S. Yeoman, who started the magazine, said that a year’s worth of the Journal was equal to several books’ worth of numismatic knowledge and entertainment.

As David Fanning recently told me, “[This binding] really says a lot about the quality of the publication. It really was a great magazine.”

If you’re satisfied with individual copies, unbound, of various issues, and you’re patient enough to gather them over time from online auctions, book sales, and other sources, you can generally find them for $5 or $6 apiece, shipped. Small lots sometimes turn up, too. Keep an eye open and you’ll find a treasure trove of good reading.