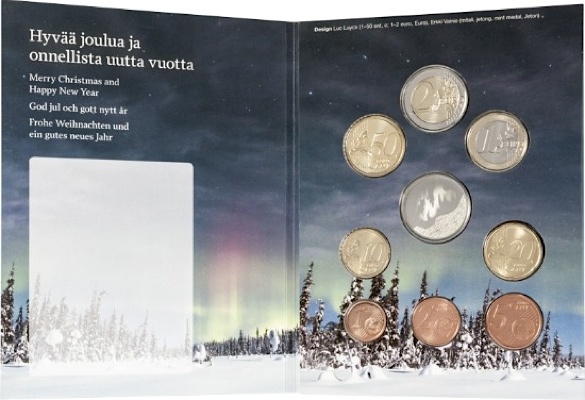 The Mint of Finland has unveiled (August 29) their 2016-dated Christmas Mint Set which includes a festive medal in celebration of the holiday season. The medal highlights the Northern Lights, or Aurora Borealis, one of nature’s most extraordinary phenomena.

The Northern Lights occur naturally and are seen mostly in the northernmost hemisphere of the planet, over the Arctic region. They can also be seen in the extreme southern polar region, where they are referred to as Aurora Australis. The Northern Lights have been described as nature’s greatest light show and have spawned extraordinary folklore and tales of heroism amongst the peoples inhabiting the polar region.

In many instances, Auroras have occurred simultaneously at both the northern and southern poles, resulting in mirror-like images, with similar shapes and colors. They are the result of collisions between gaseous particles in the earth’s atmosphere and charged particles released from the sun’s atmosphere. Auroral displays can appear in many vivid colors, although green is the most common. Colors such as red, yellow, green, blue, and violet are also seen occasionally. 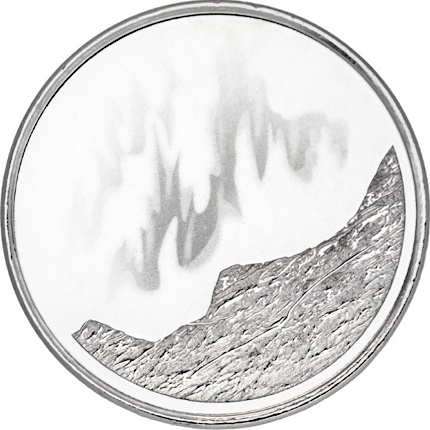 Of course, the question of where and when to see this beautiful light show often arises for potential onlookers. Luckily, there is more than one place in the north. In North America, the northwestern parts of Canada — particularly the federal territories of Yukon, Nunavut, and Northwest Territories — are favorable. Alaska is also good for observation in the extreme north. In Europe, Scandinavia — most especially the Lapland areas of Norway, Sweden and Finlan — is very good for aurora viewing.

Winter is the most opportune time of year to view the lights, especially between 10 p.m. and 2 a.m. The occurrence and conditions may be somewhat complicated but the results are spectacular; once seen they are never forgotten. 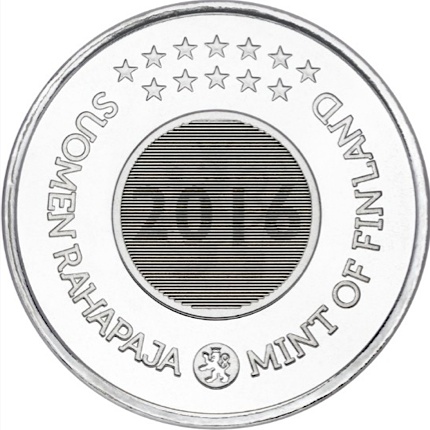 The medal included is designed by Erkki Vainio and depicts the instance of the Aurora Borealis against a cliffside of snowy and rocky terrain. The reverse includes the year of issue minted using a hidden relief application and the twelve stars of the EU. The Mint set consists of the eight euro-zone coins currently in circulation, ranging from the €2 to the one-cent coin. The two smallest denominations of 1- and 2-cents do not readily circulate in Finland and are only made available in special Mint and Proof sets.

Orders for the festive coin collection will begin from September 12, with delivery expected from September 29 onward. The set is packaged in a colorful presentation folder with an outer protective sleeve. For more information on this and other coins offered by the Mint of Finland, please visit their Web site. International orders will be dispatched where applicable.