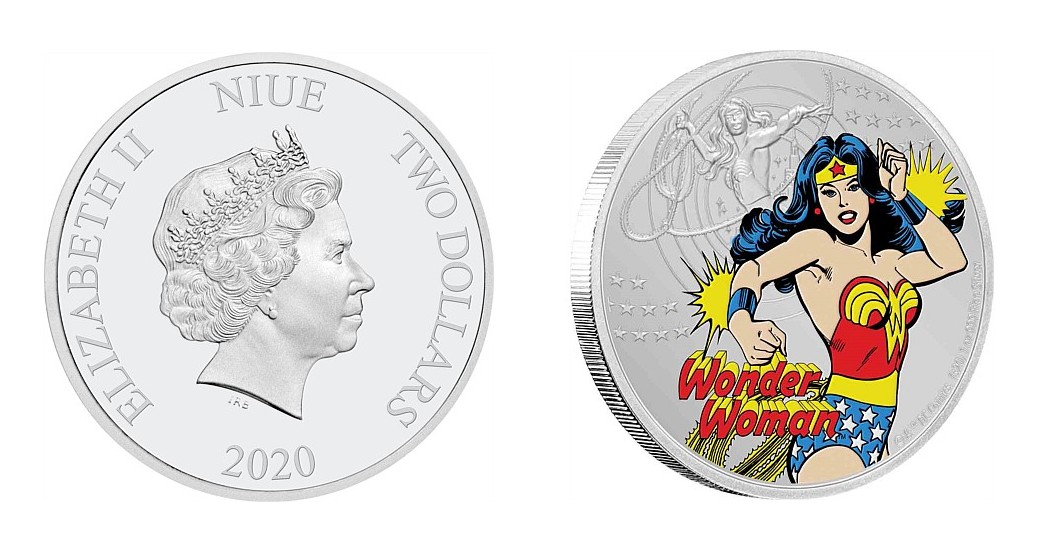 The Treasury of Niue has released the first coins which are part of a seven-coin series that will include all of the primary criminal fighters comprising the indomitable Justice League. The Justice League is the original superhero team, created during what is known by comic book aficionados as the Silver Age by writer Gardner Fox and artist Mike Sekowsky in 1960, and originally known as the “Justice League of America,” the successor of the Golden Age’s Justice Society of America.

Kicking off the series is Wonder Woman, the great warrior princess of the Amazons. She was created during the Second World War and initially appeared in All-Star Comics #8 in October 1941. She was depicted fighting Axis military forces as well as an assortment of colourful supervillains. As part of her superwoman qualities and abilities, she is assisted by an arsenal of advanced technology, including the Lasso of Truth, a pair of indestructible bracelets, and a tiara which serves as a projectile. Diana Prince, her alter ego, and credentials were obtained from a United States Army nurse named Diana Prince, who went to South America and married her fiancé, thus becoming Diana White.

Diana encounters Major Steve Trevor, introduced initially as an intelligence operative and officer in the United States Army Air Corps, who becomes stranded on Wonder Woman’s homeland of Paradise Island. Ultimately, he becomes the first ambassador to open diplomatic relations with the Amazons. As Diana Prince/Wonder Woman, she often saves Major Trevor from harm during many undercover and life-threatening missions undertaken against the Axis forces.

The coins are produced by the New Zealand Mint at their facilities in Auckland, on behalf of the treasury of Niue. The reverse side of the silver Proof and colour coin includes both a depiction of the crime fighter herself in action and bullets ricocheting off her bracelets while she is clad in her trademark red, white, and blue costume. In the background is a relief of Wonder Woman, using her Lasso of Truth, which compels evil-doers to tell the truth. The text Wonder Woman is seen just below the primary design. The obverse side includes an effigy of HM Queen Elizabeth II created by sculptor Ian Rank-Broadley. The denomination of TWO DOLLARS and the issuing authority of NIUE are seen in the legend surrounding the Queen’s likeness, with the year of issue 2020 placed below. 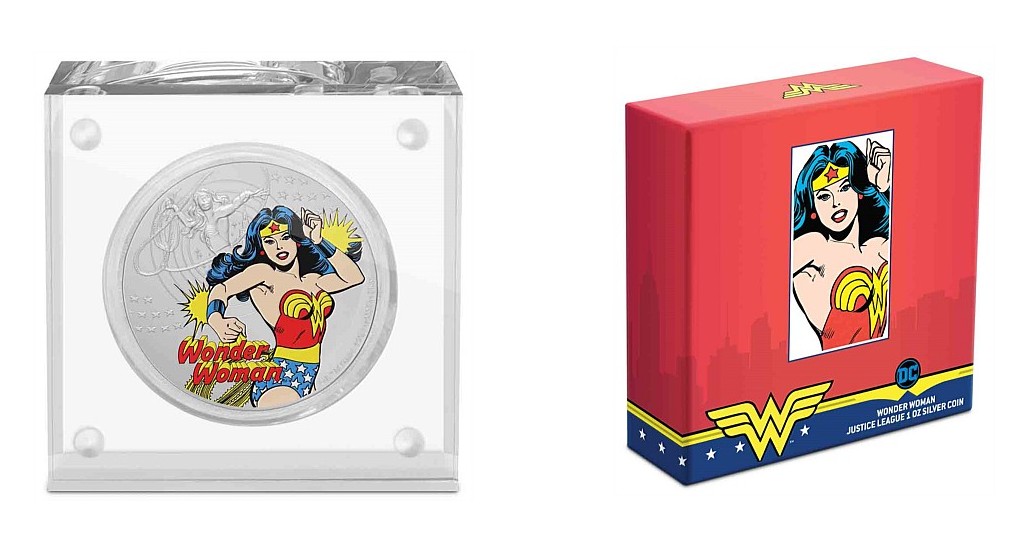 A brand-new Justice League coin collection is launched to celebrate the 60th anniversary of the original superhero team. The coins are housed in a square-shaped Perspex or lucite container, which frames and houses the coin, allowing for easy display of both sides. The packaging contains a uniquely numbered certificate of authenticity, and the outer box has been designed to complement the Justice League series and theme. Officially licensed by DC Comics, the collection begins with Wonder Woman.

Wonder Woman will be followed by Aquaman, Batman, The Flash, Superman, Martian Manhunter and Green Lantern. A Justice League Collectors Box will be available to buy at a later date to house all seven coins in the series. For additional information, please visit the website of the New Zealand Mint.