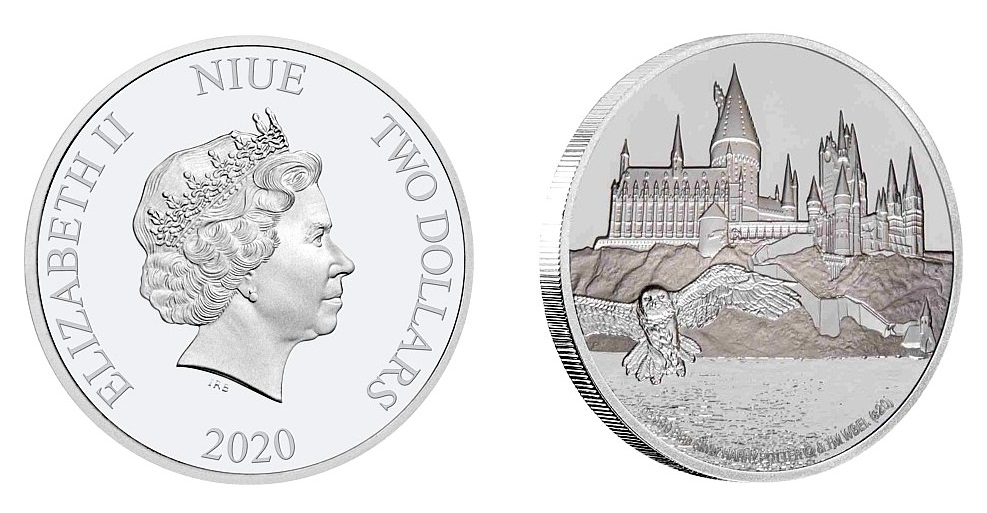 The government and treasury of Niue have launched (11th November) a new series that focuses on the immensely successful stories of the boy wizard, Harry Potter. Based on the books written by J.K. Rowling, the tales have travelled the world over, creating a franchise resulting in merchandising, record-book sales, and, of course, an astounding eight motion film blockbusters beginning in 2001 with the most recent instalment released in 2011.

Living in the ordinary world of non-magical people (known as “muggles”), Harry discovers on his 11th birthday that he is the orphaned son of two powerful wizards and possesses unique magical powers of his own. He is summoned from his life as an unwanted child to become a student at Hogwarts, an English boarding school for wizards. Harry Potter travels from the most famous train platform in the world, nine and three quarters from King’s Cross train station in London, which is in another dimension. This particular corridor takes wizards and witches out of the muggle world and into the magical world where they board the Hogwarts Express, the red steam-engine train that will speed them up to Scotland and eventually to the Hogwarts School of Witchcraft and Wizardry. There, he meets several friends who become his closest allies and help him discover the truth about his parents’ mysterious deaths. His adventures begin as he attends Hogwarts and learns how to perform magic, which he will sorely need as he comes face to face with his arch-enemy, Lord Voldemort. 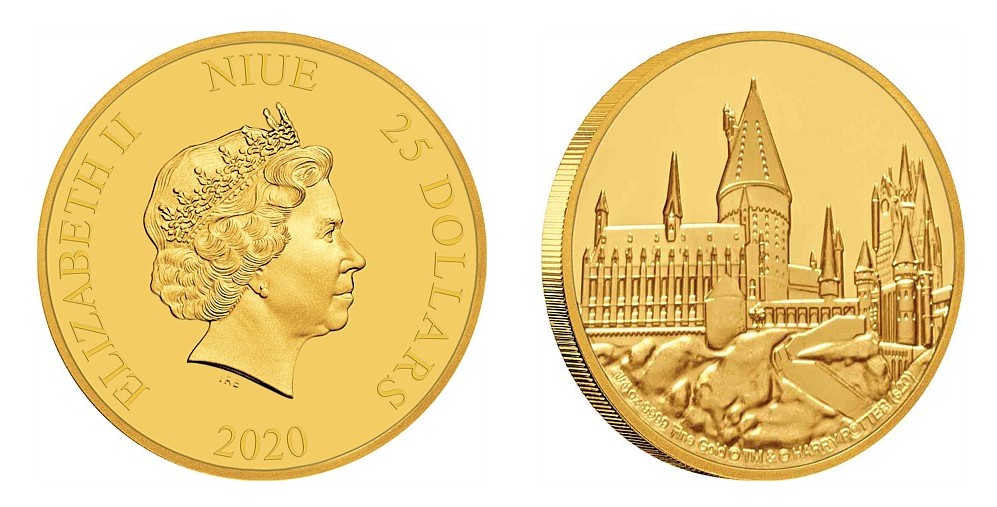 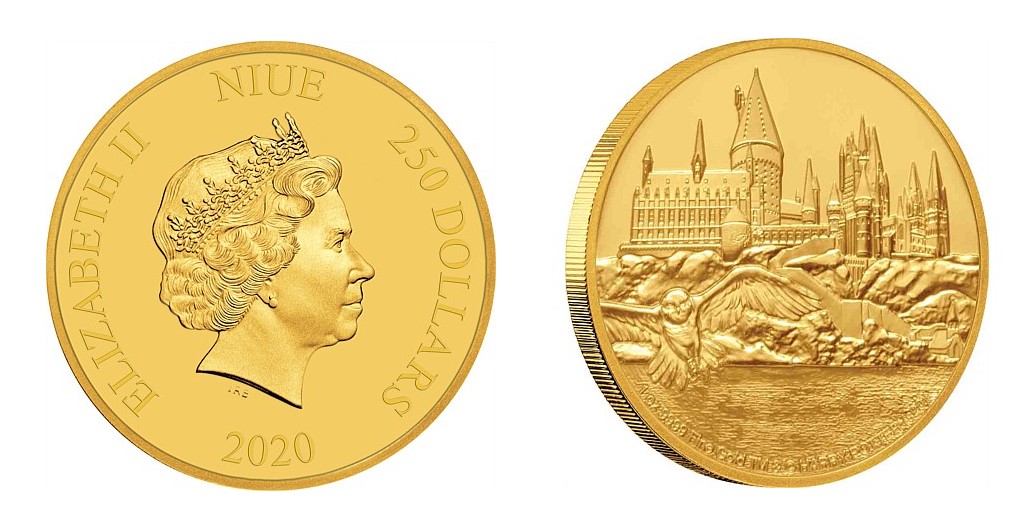 The coins are produced by the New Zealand Mint at their facilities in Auckland, on behalf of the treasury of Niue. Depicted on the reverse of all gold and silver variations of the coins is Hogwarts Castle. The obverse side shows a classic view of this magical castle from the Great Lake as Hedwig the owl flies over. The obverse side includes an effigy of HM Queen Elizabeth II created by sculptor Ian Rank-Broadley. The denomination of 250 DOLLARS (gold one-ounce), 25 DOLLARS (gold 1/4-ounce), or TWO DOLLARS (silver one-ounce), and the issuing authority of NIUE are seen in the legend surrounding the Queen’s likeness with the year of issue, 2020, placed below.

Each coin is presented in a specified case according to the gold or silver option and is accompanied by a numbered certificate of authenticity. The new range is currently available to order and will be dispatched from the 16th December. 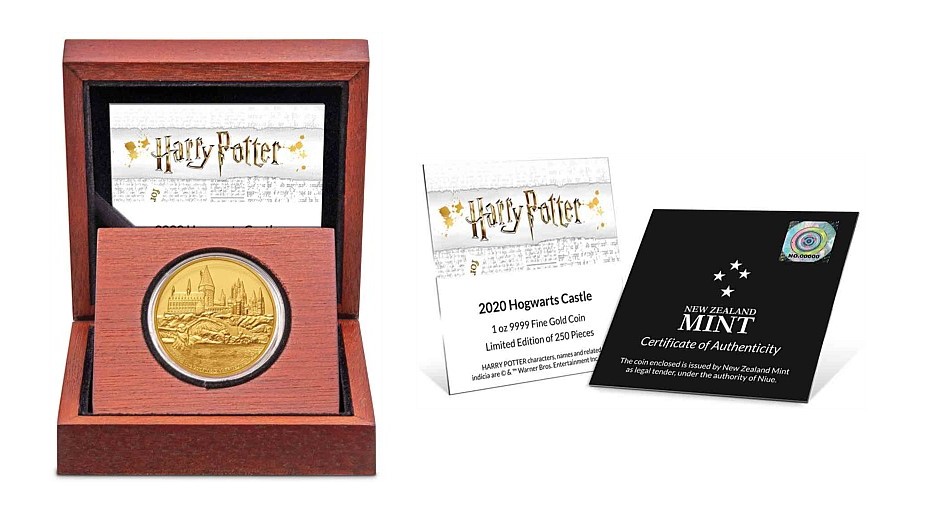 However, a certificate number from one to 200 will be given to the first 200 orders of the gold one-ounce option. 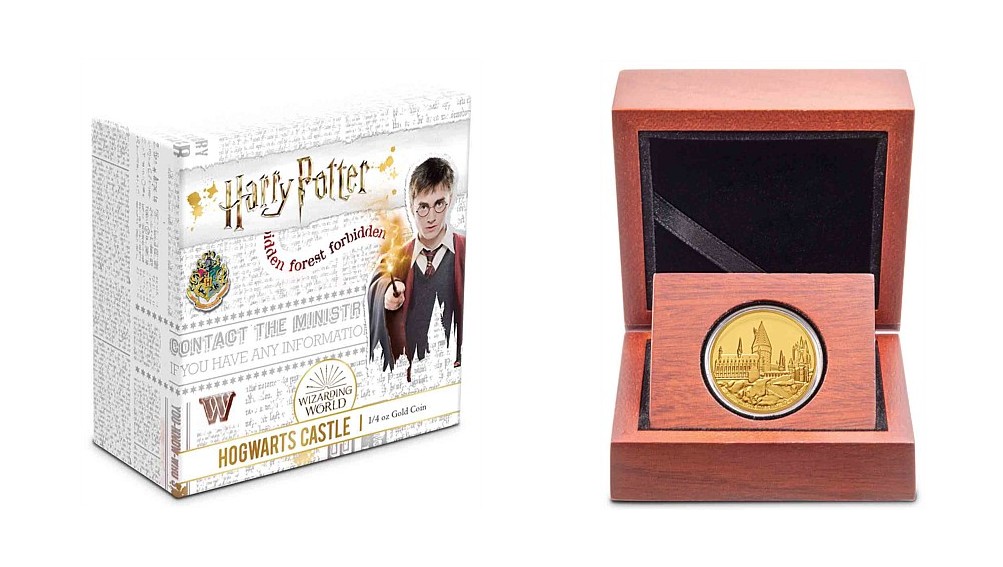 Offers are valid for orders placed before 15th December, unless sold out. For additional information about this coin and others issued by the treasury of Niue, please visit the website of the New Zealand Mint.

Niue: Aladdin and the genie appear on latest silver coin featuring One Thousand and One Nights series