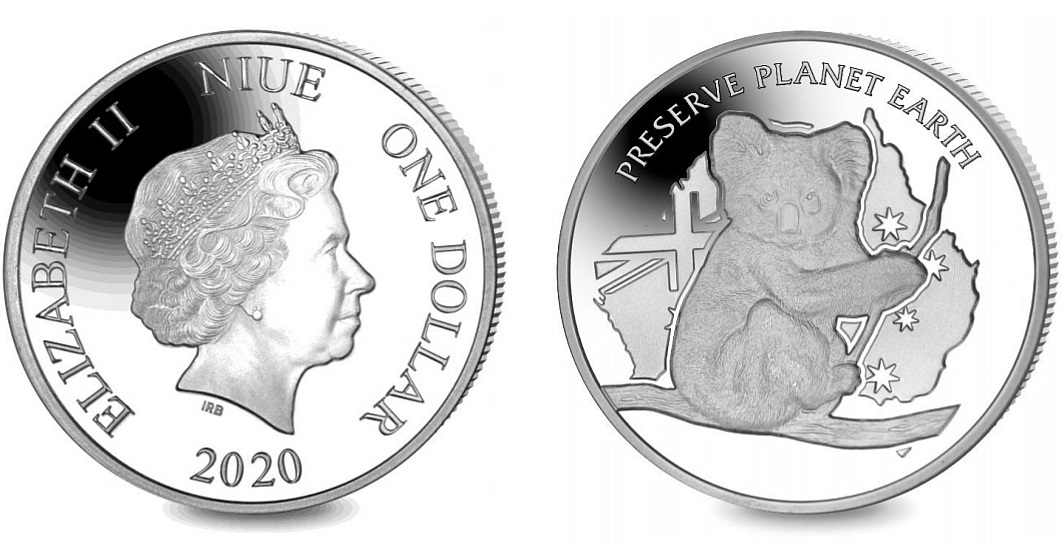 The government and treasury of Niue have released new cupro-nickel and silver Proof collector coins that are supportive of the New South Wales Wildlife Information, Rescue, and Education Services (WIRES), which is Australia’s largest wildlife rescue organisation.

In the wake of Australia’s destructive fire season, which began in late July of last year, the country has been devastated by the worst wildfires seen in decades. Uncontrollable wildfires have burned over 27 million acres; one of the worst fire seasons on record. The fires have killed at least 29 people and destroyed over 2,500 homes. An estimated 1.25 billion animals have also perished, including over 8,000 koalas. It is obvious they require external support, and the issue of this coin seeks to help with funding and bring additional focus to this natural disaster.

The devastating effects the fires in Australia are having on the people, their homes, the wildlife, and the landscape, have been seen all over the globe. This special coin issued by the treasury of Niue, a distant South Pacific neighbour of Australia, has been issued to help raise much-needed funds for the Australian nation to recover the destruction these fires have caused, and to raise awareness of climate change issues. 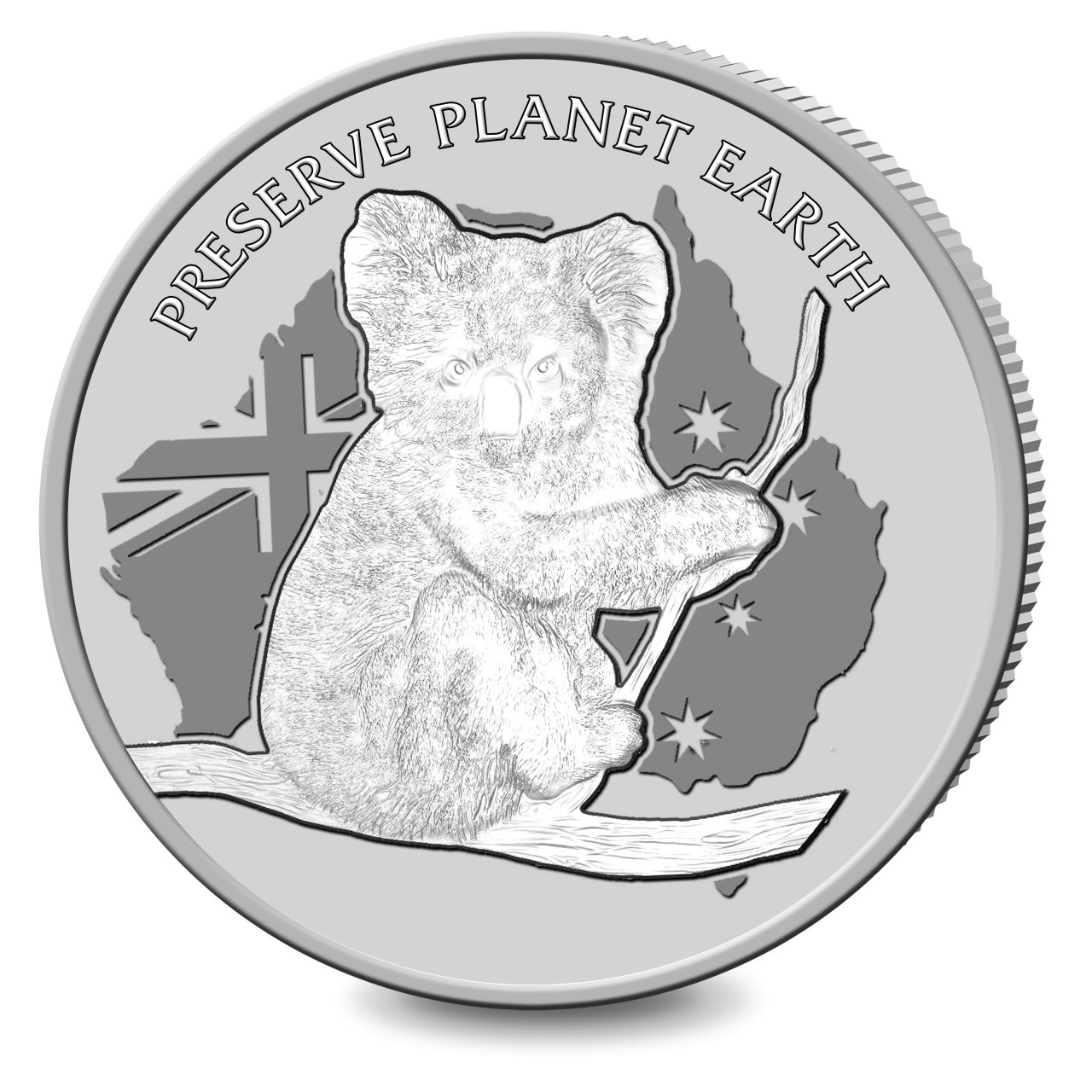 Produced by the Pobjoy Mint at their facilities in Surrey, England, the coin itself features a map of Australia in an outline of the Australian national flag with a koala superimposed over the country. It is clear from recent news coverage that this Australian marsupial has been deeply affected by recent events. The inscription on the coin, PRESERVE PLANET EARTH, emphasises the belief that climate change is a significant cause of this devastation. 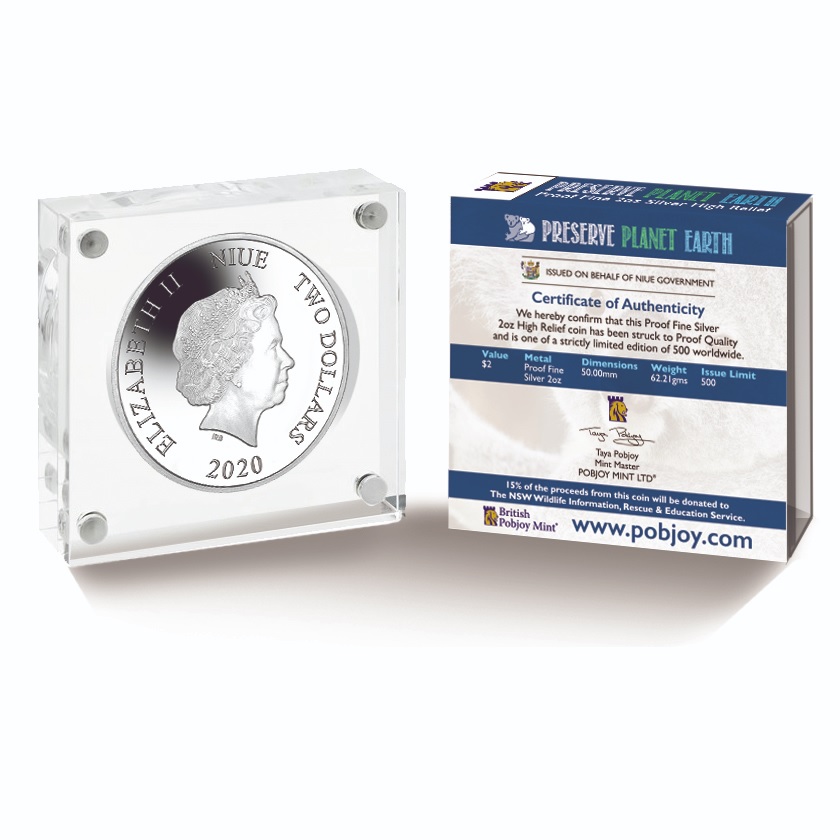 The obverse includes an effigy of HM Queen Elizabeth II, which is the work of British sculptor Ian Rank-Broadley. The year of issue, 2020, is placed below the Queen’s likeness and the issuing authority NIUE, as well as the coin’s denomination of ONE DOLLAR or TWO DOLLARS, are included in the legend encircling the royal portrait. 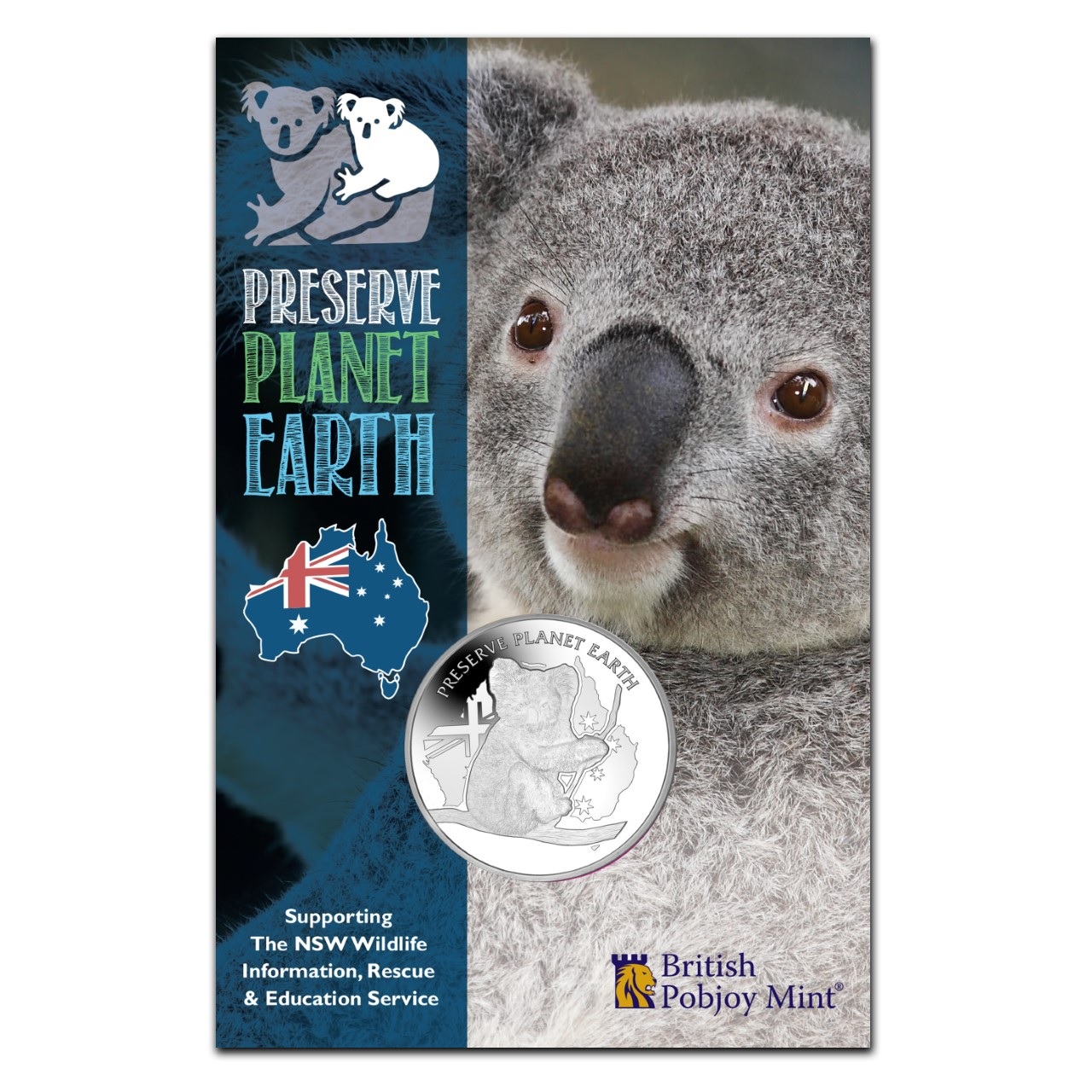 15% of the proceeds from the sale of these coins across the range of options will be donated to the NSW Wildlife Information, Rescue, and Education Services. 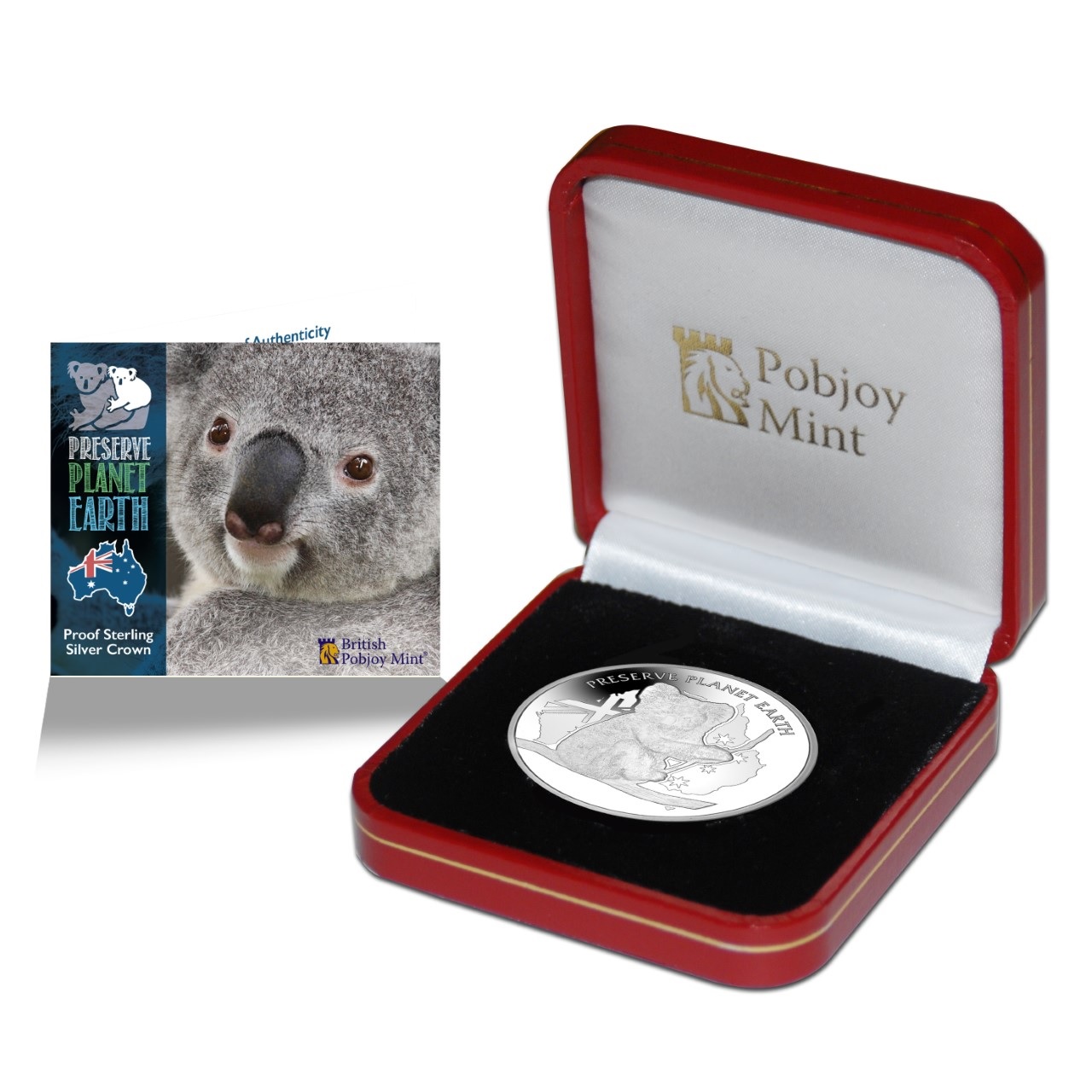 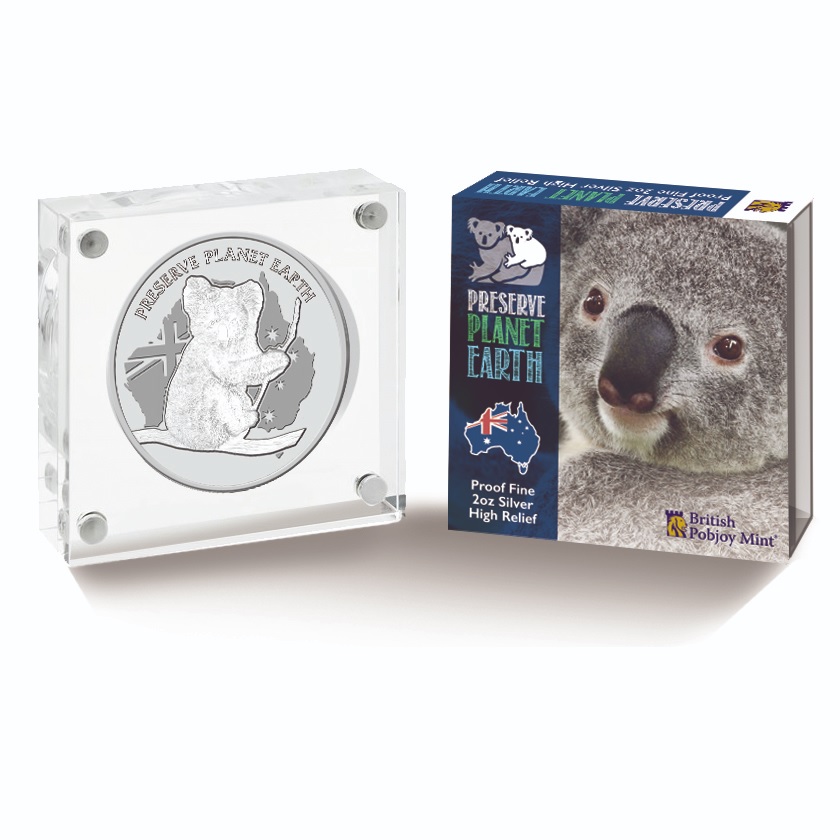 The two-ounce coins are encased in a Perspex frame enabling the viewing of both sides of the coin and are accompanied by a certificate of authenticity. For additional information about these coins and others issued by the Treasury of Niue, please visit the website of the Pobjoy Mint.