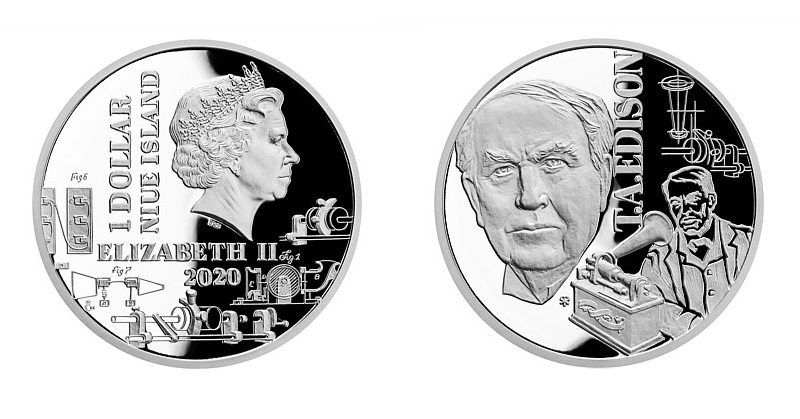 The government and treasury of Niue have launched the first silver collector coins in a new series which is entitled “Geniuses of the 19th Century” and highlights some of the world’s inventions that have changed our lives and continue to do so. The 19th century was a time of both brilliant and eccentric inventors. These geniuses laid the foundations for today’s advanced technology that continue to make our lives so comfortable and interesting. Each of them was a distinctive personality with different goals and motives, but they had one thing in common: Their success was the result of a stubborn, unrelenting, and genius effort.

The first coin in the four-coin series begins with the American Thomas Alva Edison (1847–1931), considered the country’s greatest inventor. He is credited with 1,093 U.S. patents to his name, as well as patents in other countries. The invention that first gained him wide recognition was the phonograph, which he patented in 1877. The phonograph patent was unprecedented in describing the machine as the first device to record and reproduce sounds. In the 1890s, a transition from phonograph cylinders to flat discs with a spiral groove running from the periphery or outer edge to near the centre, which coined the term gramophone, continued with significant improvements including speed and material.

In the words of Thomas Alva Edison himself, he was attributed with having once said, “Genius is one percent inspiration — 99 percent perspiration,” in reply to a question about his prolific ability to patent his inventions.

The Czech Mint produces the coins at their facilities in Prague, on behalf of the treasury of Niue. The reverse side includes a compilation of images, including a front-facing portrait of Thomas Edison, based on an actual photograph of the inventor. Also included is a rendition of the phonograph model which Edison is seen speaking into and a sketch motif of the technical model of the invention. In a vertical direction is the text T.A. EDISON, placed between the image of Edison and the two depictions. The obverse side includes an effigy of H.M. Queen Elizabeth II, along with a variety of graphic representations of the inventions which will comprise the series and inventors. The text 1 DOLLAR NIUE ISLAND is placed in the centre in a vertical direction with the text ELIZABETH II 2020 placed below the Queen’s likeness and slightly to the right. 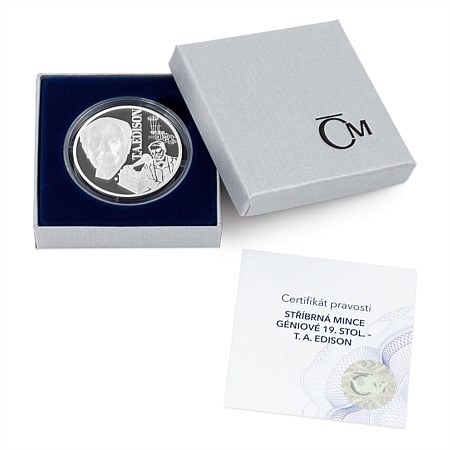 Each coin is encapsulated and presented in a heavy card case and includes a certificate of authenticity. Pre-issue orders are accepted until the 27th February for delivery in March. 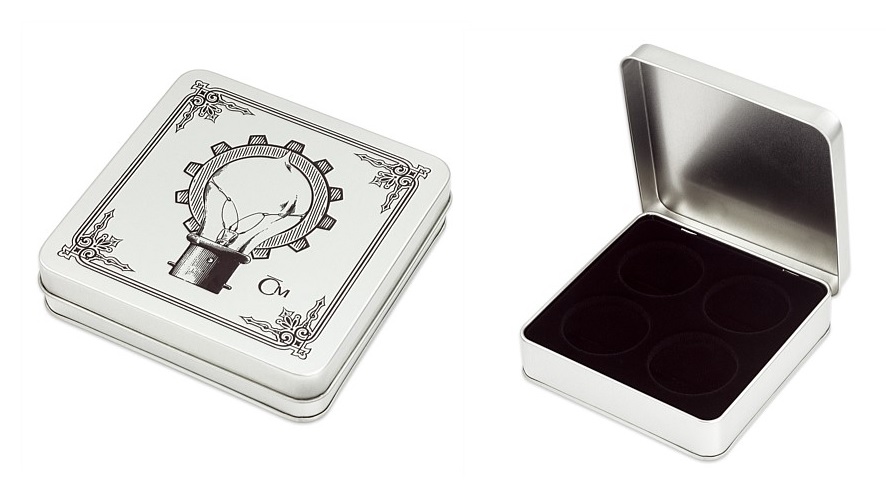 The collection, when complete, will include inventors Thomas Alva Edison (phonograph), Nikola Tesla (alternating current), Alfred Bernhard Nobel (dynamite), and Alexander Graham Bell (telephone). A custom retro-designed metal case that will enable the inclusion of all four coins is also available. For additional information about this coin and others issued by the treasury of Niue, please visit the website of the New Zealand Mint.