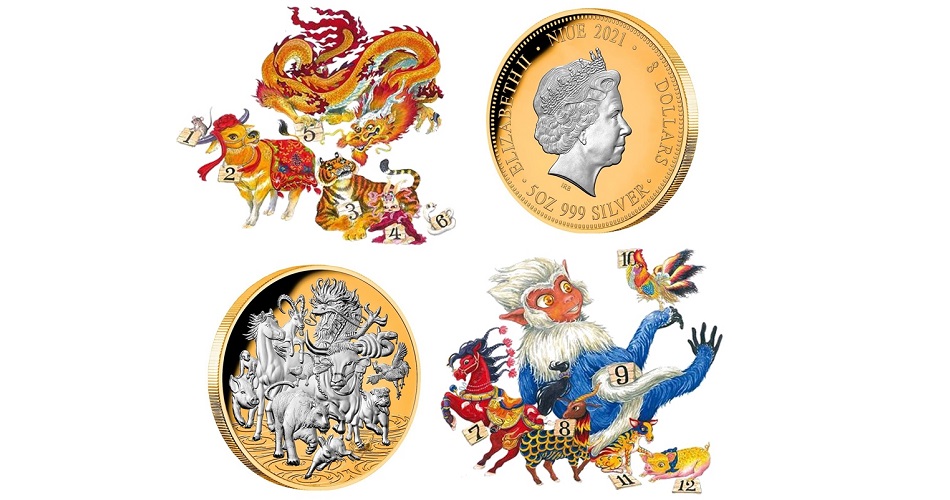 The government of Niue has released mega-sized silver Proof coins with selective pure gold plating which highlights not just one particular animal that makes up the Lunar year horoscope cycle, but all 12. If you have ever wondered why there is a particular order of which animal, there is a simple season. There are many varieties of the Lunar animals’ origin story but the most prominent references the Jade Emperor, who called for a race of animals on his birthday to create the Lunar Zodiac. Others say that it was the Lord Buddha who called the race; however, both stories are similar with just some minor variations.

Incidentally, 2021 marks the Year of the Ox and the Lunar year will be celebrated on the 12th February by at least a quarter of the world’s population.

People born in the Year of the Ox have specific traits such as honesty and seriousness. 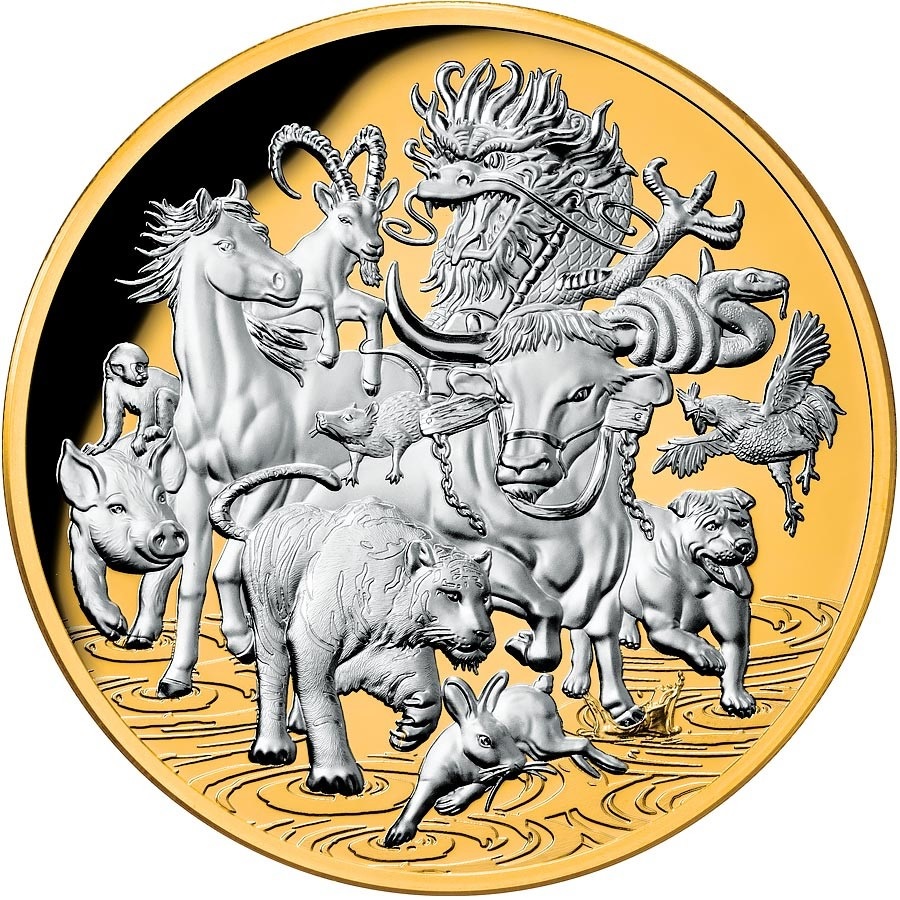 The coins are produced by PAMP Switzerland, based in Ticino, Switzerland, which is a maker of bullion-related medals and speciality collector coins. The reverse design of the coins depicts in charming detail all the animals of the Lunar year’s Zodiac in a great swimming race that determined their order in the cycle of the Zodiac. A fierce but benevolent dragon is shown in the back of the group. 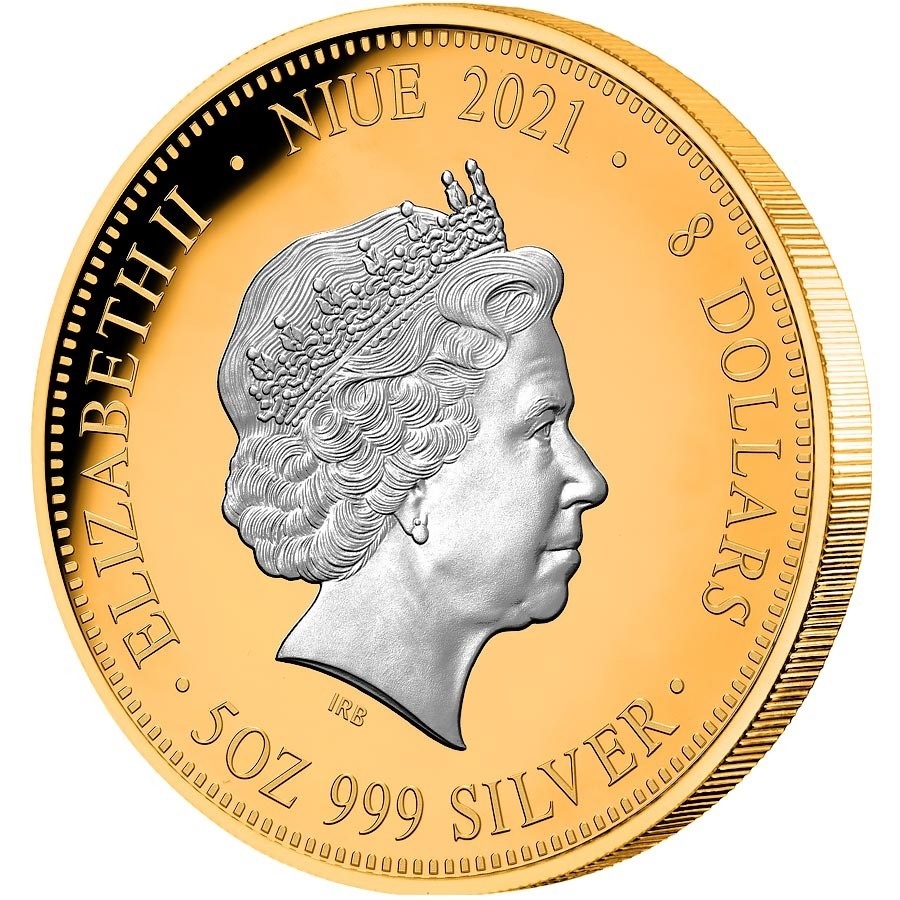 The obverse of the coin depicts the effigy of Her Majesty Queen Elizabeth II created by British sculptor Ian Rank-Broadley, along with the issuing authority NIUE seen above the Queen’s likeness. The denomination of 8 DOLLARS is also shown on the obverse, as is the year 2021. The weight and fineness of the coin are placed under the Queen’s effigy, which reads as 5 OZ 999 SILVER. As part of the design, the field on both the obverse and reverse is selectively gold-plated while all of the relief is shown as frosted silver Proof quality. 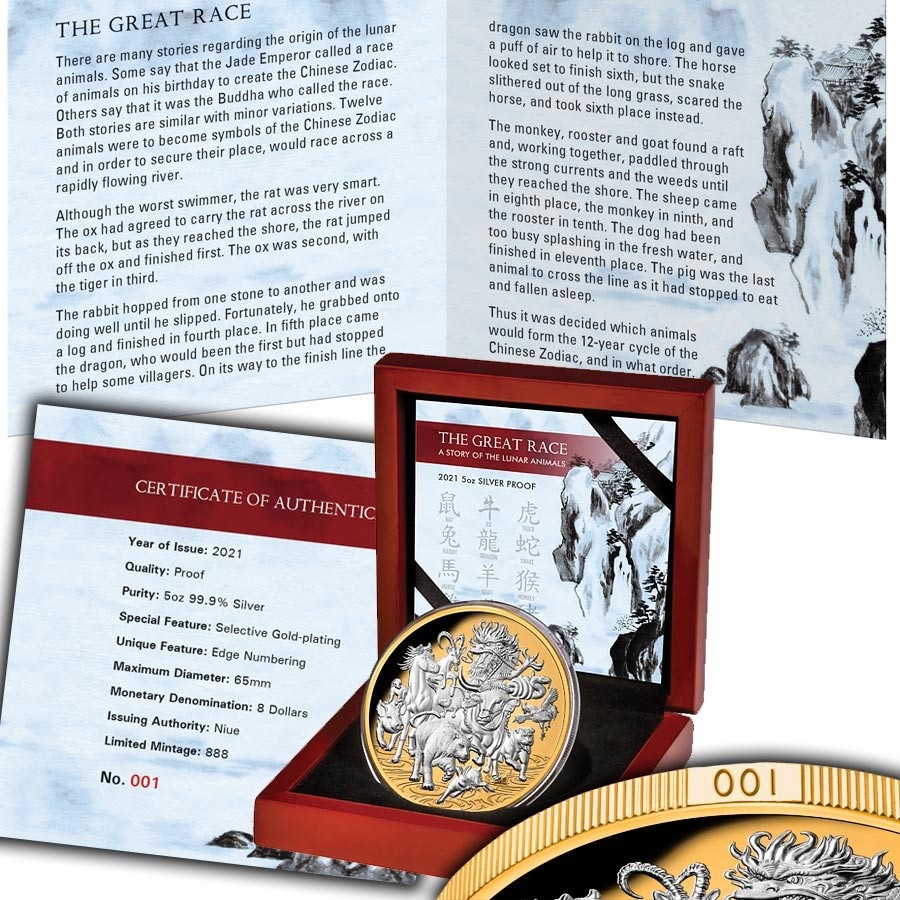 Each Proof quality coin is specially encapsulated and presented in a polished gloss hardwood case and is accompanied by a numbered certificate of authenticity whose number matches that of the number applied to the edge of each coin. Limited mintage of 888 pieces worldwide. For additional information, please visit the website of First Coin Company.