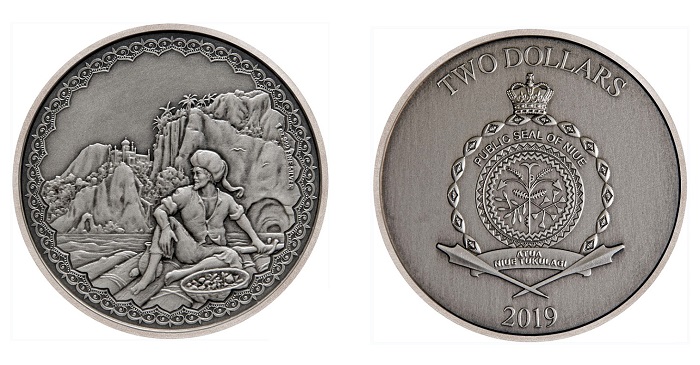 The government and treasury of Niue have issued (17th May) new silver crown coins which are part of the new series focusing on the 1001 Arabian Nights tales made popular with author Richard Francis Burton’s published translations of One Thousand and One Nights. First compiled in 1885 as a work of 10 volumes and known as “The Book of the Thousand Nights and a Night,” his addendum, Supplemental Nights, was published between 1886 and 1888 in six volumes.

The second coin features the story of Sinbad the Sailor, which is regarded as one of the most famous Arabian Nights tales. The tale tells the story of the adventurous merchant from Basra and of his seven voyages, which takes him to the various corners of the known world. In the premier story, which is itself narrated by Scheherazade, who herself shares one summer night to King Shahriar, the tale is set during the rule of Harun al-Rashid (766–809), the fifth Abbasid Caliph, who ruled from 786 to 809. It begins with a wealthy merchant who lived in Baghdad and died, leaving his wealth to his son, whose name was Sinbad. Unfortunately, Sinbad was careless with his money, and before long, he lost everything. Not knowing what to do or where to turn, Sinbad tries his luck at sea, and so, with his pockets empty, he travels to the port of Basra. There he boarded a merchant ship, and within days, he was at sea, going from ocean to ocean. Sinbad proved to be a hardworking, excellent sailor and a talented merchant who soon began to dream of making his fortune at sea.

Sinbad is either marooned or shipwrecked after he sets sail from the city of Basra with the merchandise. He is able to overcome the challenges he encounters by employing his own resourcefulness and returns home with a fortune. Sinbad’s journey from prosperity to loss, experienced during a voyage filled with adventure, is repeated in the structure of each of his stories. During his return, Sinbad, now prosperous in turn, hears the prayers of a tired porter, who takes a break to rest on the bench outside a mansion. Sitting on the bench, he complains to Allah that it is not fair that some are so poor and others enjoy luxuries. The owner of the house happens to be Sinbad the Sailor, who tells the porter that he was also poor once and that he became wealthy only by fate and destiny. He then begins the narrative of his own seven voyages that made him rich. 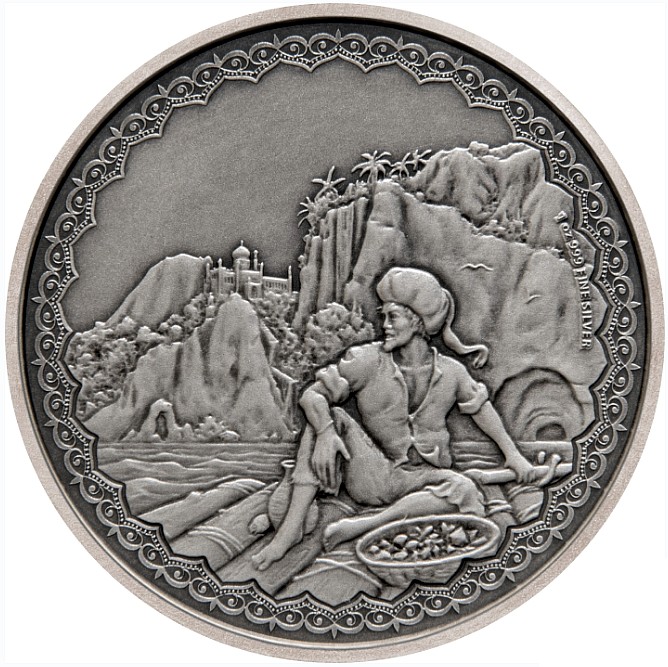 The coins are produced by the New Zealand Mint at their facilities in Auckland, on behalf of the treasury of Niue. The travels of Sinbad inspire the intricate design on the obverse side of the coins, where he is depicted on a raft returning to Basra from an earlier shipwreck. With him is a basket of trinkets of gold and precious stones. The primary design is surrounded by an elaborately detailed border of patterns and a traditional Arabic motif. 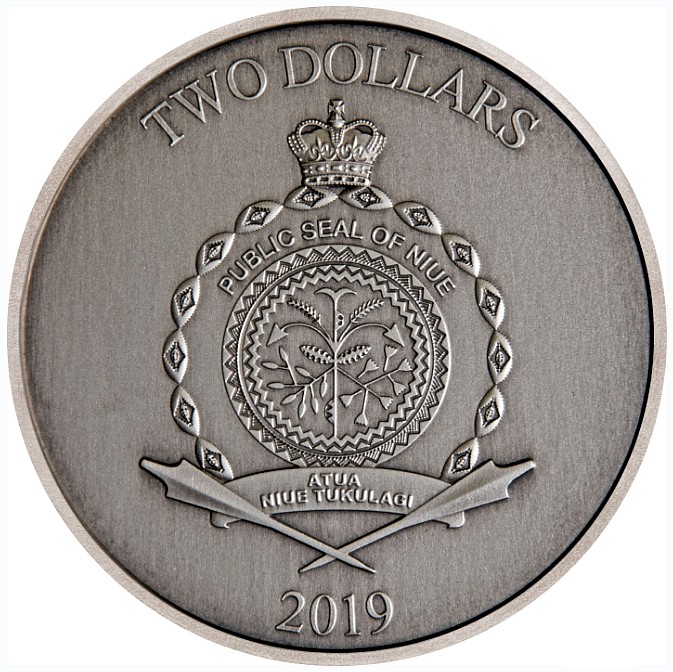 The reverse includes a newly crowned crest for the government of Niue, which is used primarily for this series. It was created in association with the government of Niue and will alternate on other collector coins as appropriate. Above the seal is the denomination of the coins, TWO DOLLARS, and the year of issue, 2019, which is placed below. 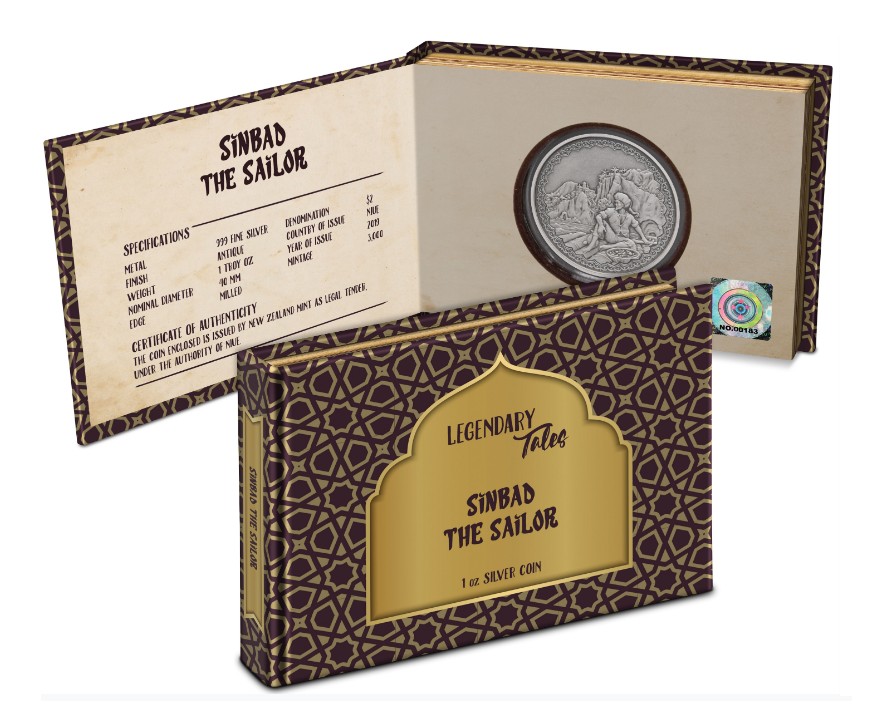 In keeping with the Legendary Tales theme, each coin is encased in a storybook-style presentation folder with the encapsulated coin fitting into the back portion. The case itself includes the certificate of authenticity. For additional information about this coin and other coins issued by the treasury of Niue, please visit the website of the New Zealand Mint.