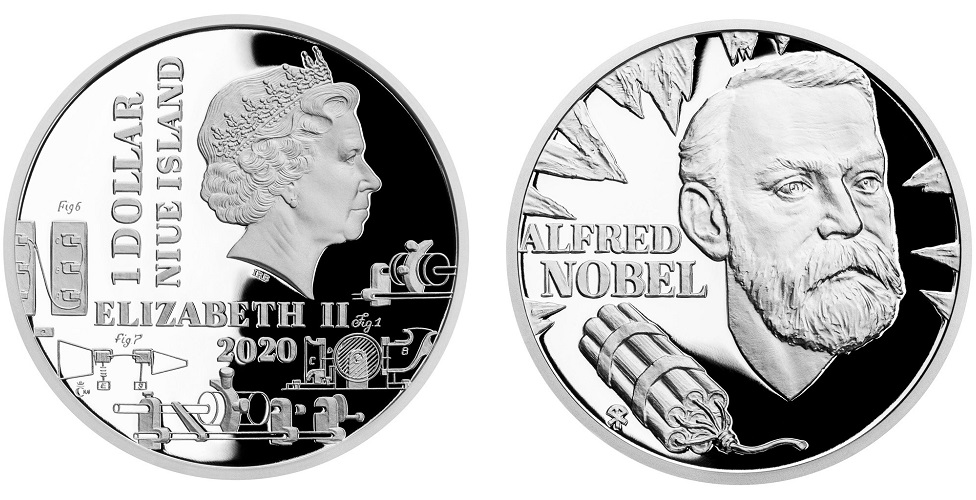 The government and treasury of the island state of Niue have released the third coin in their ongoing collector series entitled “Geniuses of the 19th Century.” Many historians focusing on events of the 19th century agree this century was a time of brilliant and eccentric inventors. Countries in the Americas, notably the United States, and those in Europe, such as Great Britain and Germany, experienced something now referred to as the Industrial Revolution. These geniuses laid the foundations of today’s advanced technology that make our lives so comfortable. Each of them was a distinctive personality with different goals and motives, but they had one thing in common — their success was the result of a stubborn, unrelenting effort.

This numismatic collector coin series opened with Thomas Alva Edison, continued with Nikola Tesla, and now continues with Alfred Nobel. He famously created a formable mixture of liquid nitro-glycerine and loose diatomaceous earth, which was patented as dynamite in 1867. The positive element of this product was that, unlike nitro-glycerine, dynamite was resistant to pressure, shock, and temperature changes and the success of the invention surpassed Nobel’s wildest dreams.

However, the potential use of dynamite was quickly discovered not only by builders and miners but also armies, whose deadly force was adapted to the battlefield. Although Nobel viewed humanity with skepticism, he hoped that this new destructive force would help end violence and war rather than proliferate it. Alfred Nobel’s outlook was stated succinctly stated with this sentiment:

“The day two army corps will be able to destroy each other in a second, all civilized nations will turn away from the war in terror and dissolve their armies.”

Unfortunately, this did not come to be, and aside from the countless uses dynamite had, especially in the use of blasting through solid rock for the creation of tunnels and extended rail services, more weaponry was ultimately developed over the centuries. 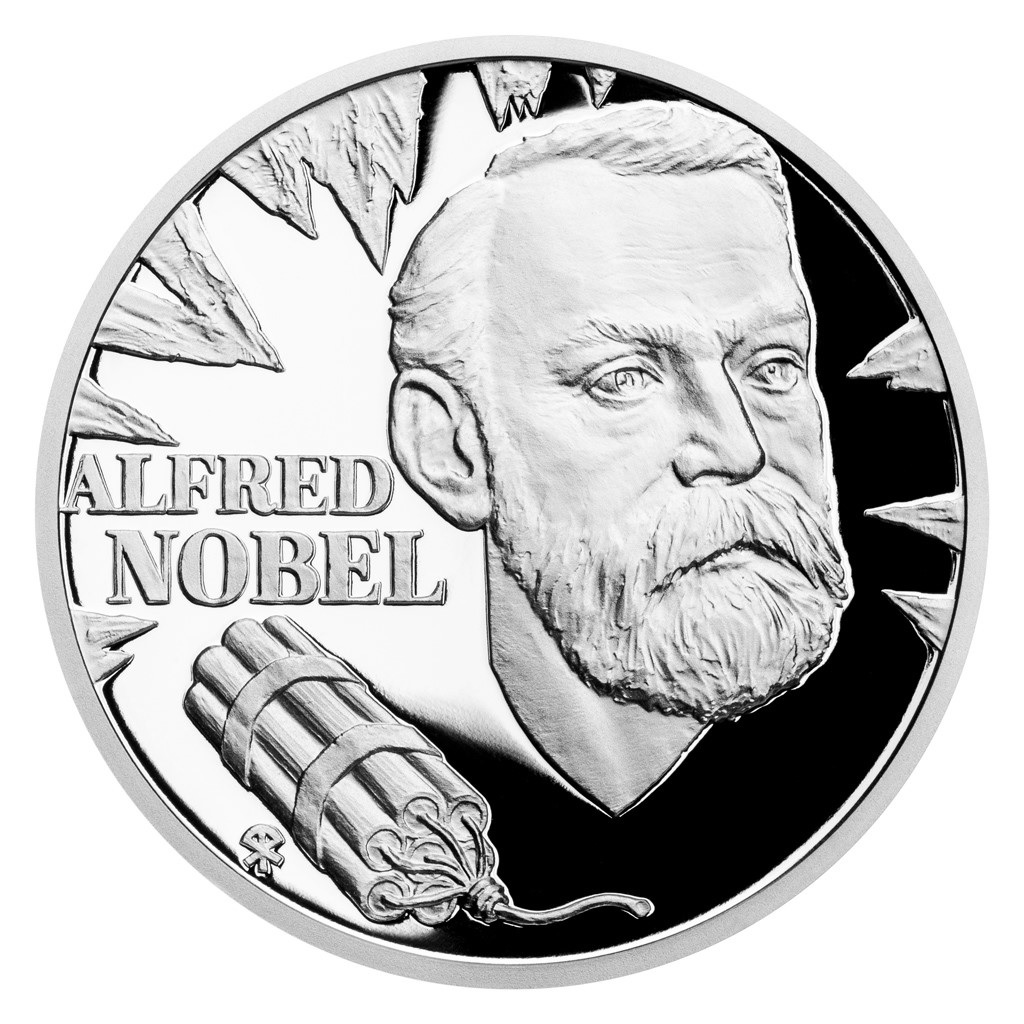 The coins are produced by the Czech Mint and are designed by the medalier Asamat Baltaev DiS. The reverse side bears a charismatic portrait of the inventor, supplemented with the inscription ALFRED NOBEL placed to the left of the portrait. The explosion in the background symbolizes Nobel’s numerous explosive discoveries and features a bundle of dynamite with an incendiary cord. 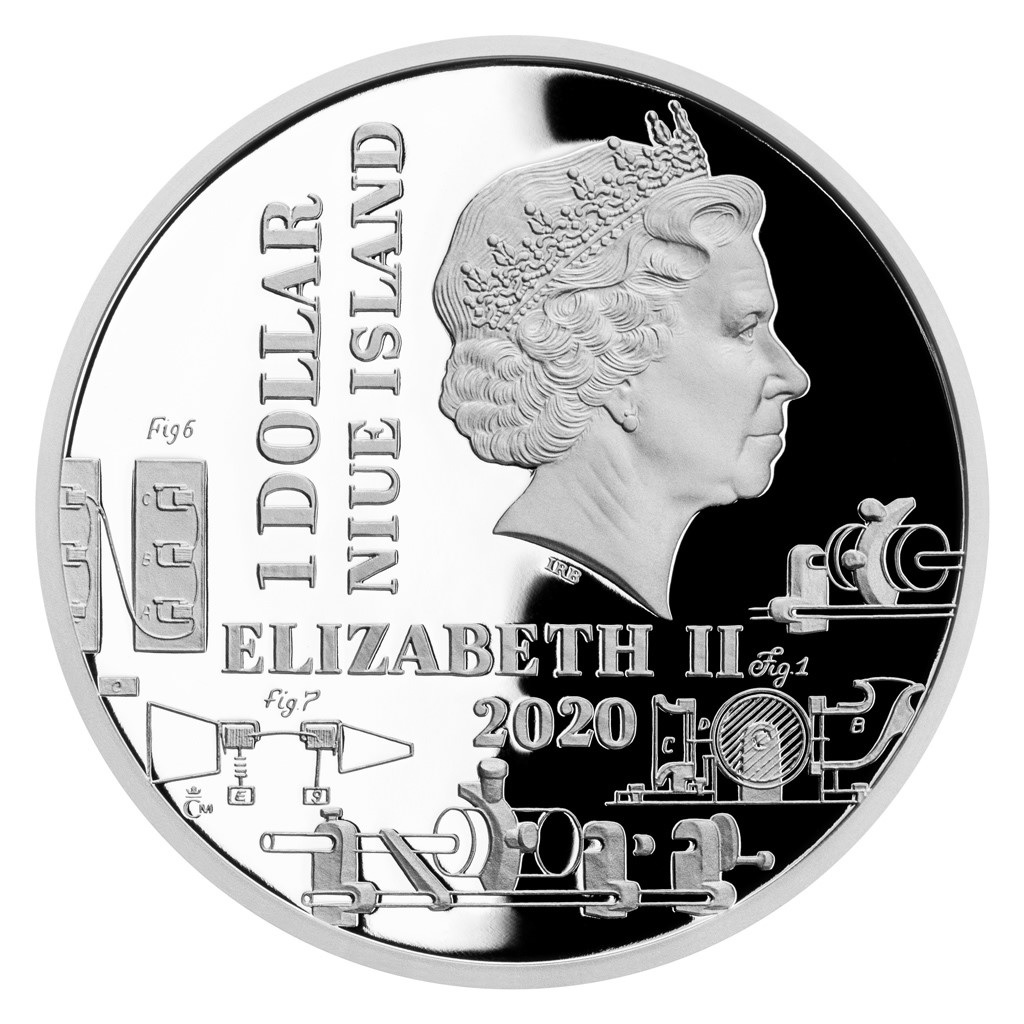 The obverse side of the coin includes an effigy of HM Queen Elizabeth II created by British sculptor Ian Rank-Broadley and also includes a collection of drawings of various inventions from the 19th century depicted in the Geniuses of the 19th Century series. The nominal value of 1 DOLLAR is shown in vertical text, and the year of issue, 2020, is seen under the Queen’s name. 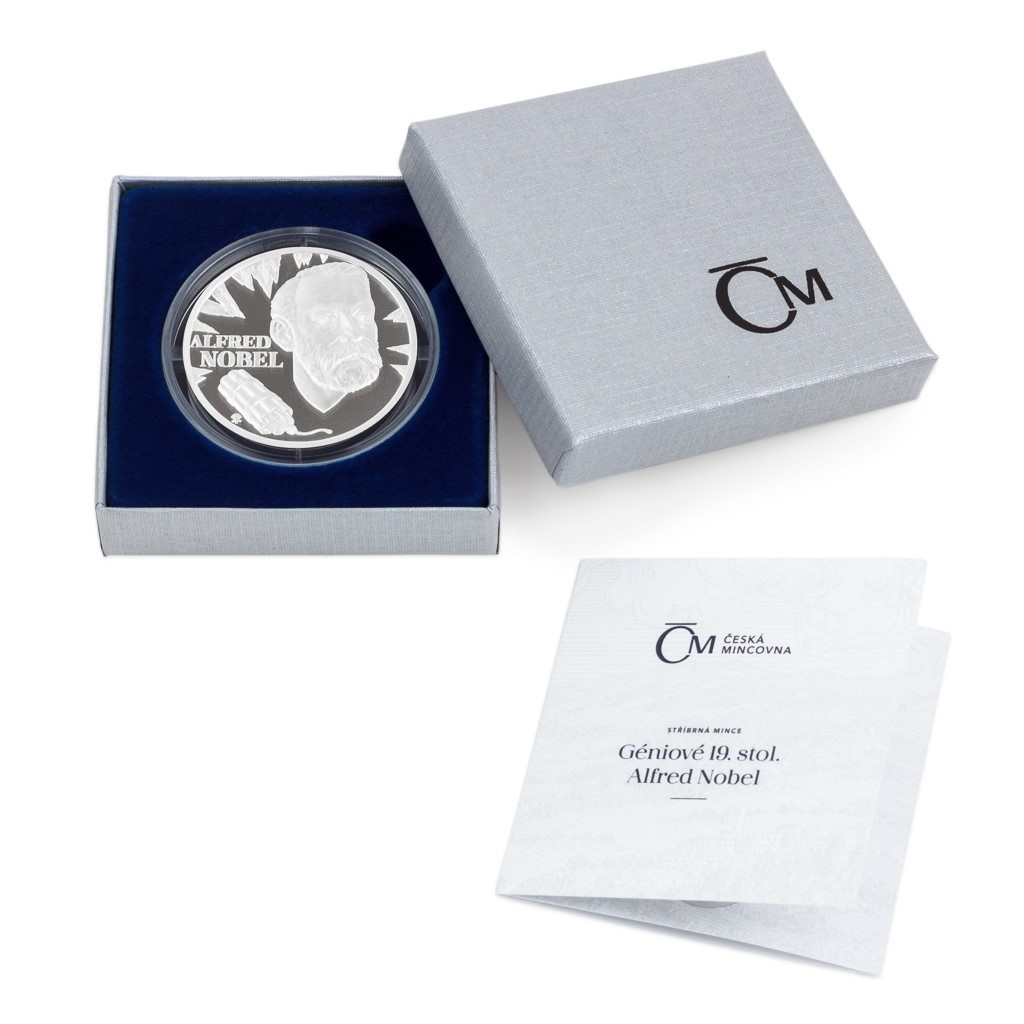 The collection, when complete, will include inventors Thomas Alva Edison (phonograph), Nikola Tesla (alternating current), Alfred Bernhard Nobel (dynamite), and Alexander Graham Bell (telephone). A custom retro-designed metal case that will enable the inclusion of all four coins is also available separately. For additional information, collectors may contact either the Czech Mint or the New Zealand Mint.