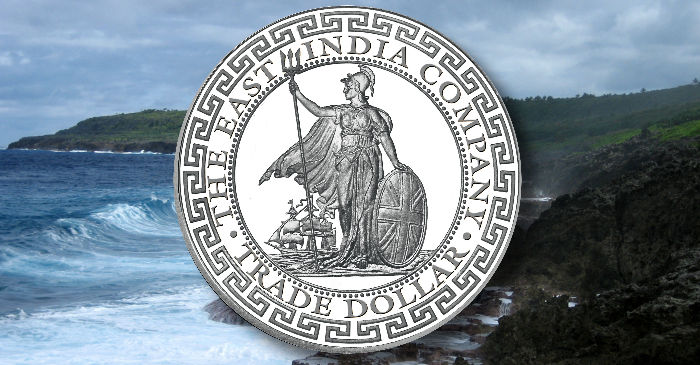 The government and treasury of Niue, in association with the East India Company, have issued (16th February) new coins struck in gold and silver which are made in tribute to one of the world’s most recognised trade coins: The British trade dollar. The new gold and silver ounce coins are part of a new series entitled “The Trade Dollar Collection,” and are the first of five coins which are commissioned by the East India Company — an entity with over 400 years of international trade and commerce. The new coins are inspired by a coin which stands out in terms of its functionality and beauty, and which ushered in a substantial increase in trade between Britain and Asia. The British trade dollar was originally minted exclusively for British merchants trading in Asia which saw extensive use in Hong Kong, the Straits Settlements, and mainland China.

Designed by engraver George William de Saulles (1862–1903), the first coins were issued in 1895 and depicted for the first time a standing figure of Britannia holding a trident and British shield with a tall sail merchant ship in the background. This became a symbol of the tremendous amount of trade developed between Asia and Europe from the 15th century onwards. As the image of Britannia was sufficient to identify the coin’s issuer, the name of the country or authority of issue were never included in the text or legend. On the reverse, the Chinese character for “longevity” is surrounded by an arabesque pattern with the denomination written in both Chinese and Malay scripts. From its initial issue to its final strikes, British trade dollars were predominantly minted in Bombay and Calcutta, with the years 1925 and 1930 being minted in London. It is worth mentioning that exclusive presentation pieces were struck in gold by the Bombay Mint, and carry a mint mark “B,” located in the central prong of the trident. Fewer than six original gold British trade dollars are thought to exist in the world today, making it one of the world’s rarest gold coins.

Production of the British trade dollar continued until the ownership of silver dollars was banned by China’s nationalist government in 1934. As a consequence, the trade dollar was last minted in 1935 with the coin being demonetised on the 1st August 1937. 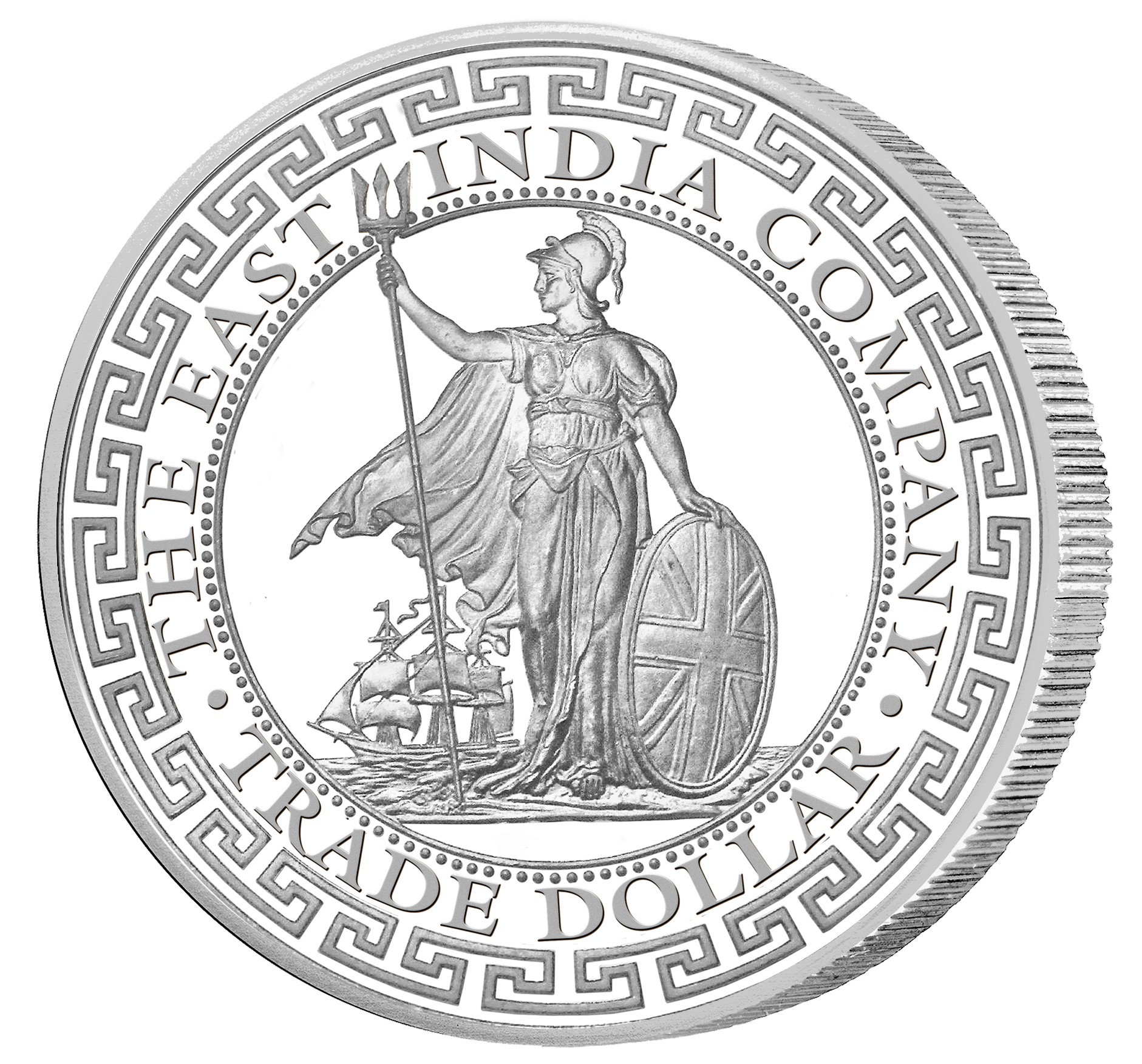 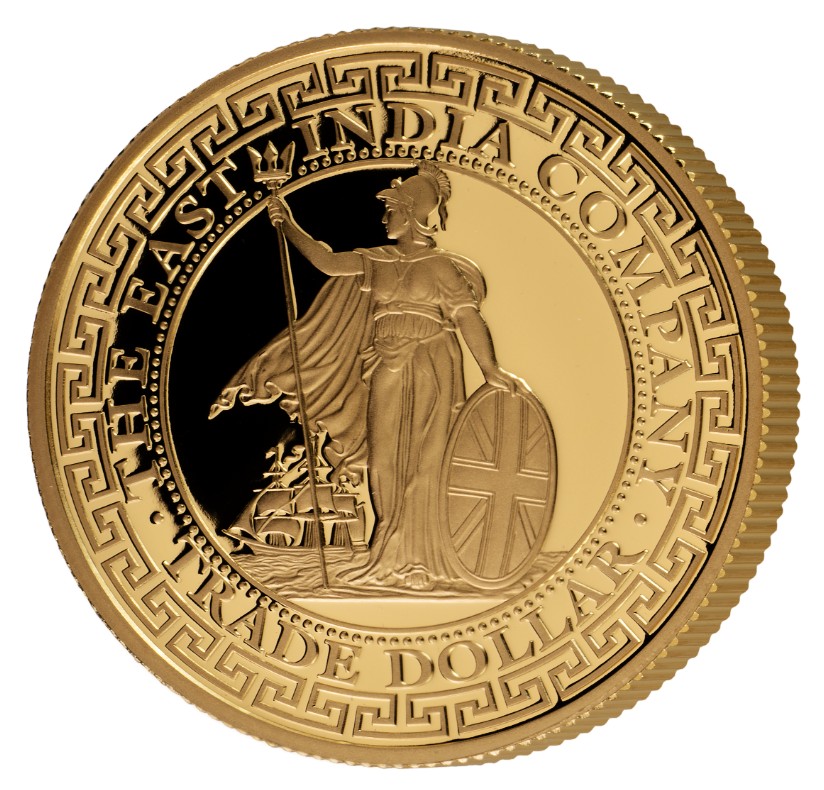 The 2018 British Trade Dollar One-Ounce Gold and Silver Proof Coins feature a design inspired by the original British Trade Dollar coin. The reverse side includes a faithful replica of the classic allegorical figure of a standing Britannia holding her trident in her right hand and a shield with her left hand. The shield includes elements of the British Union Jack and a tall sailing ship seen in the background. The inscriptions EAST INDIA COMPANY and TRADE DOLLAR are placed around the primary design, which, in turn, is surrounded by a geometric frame. 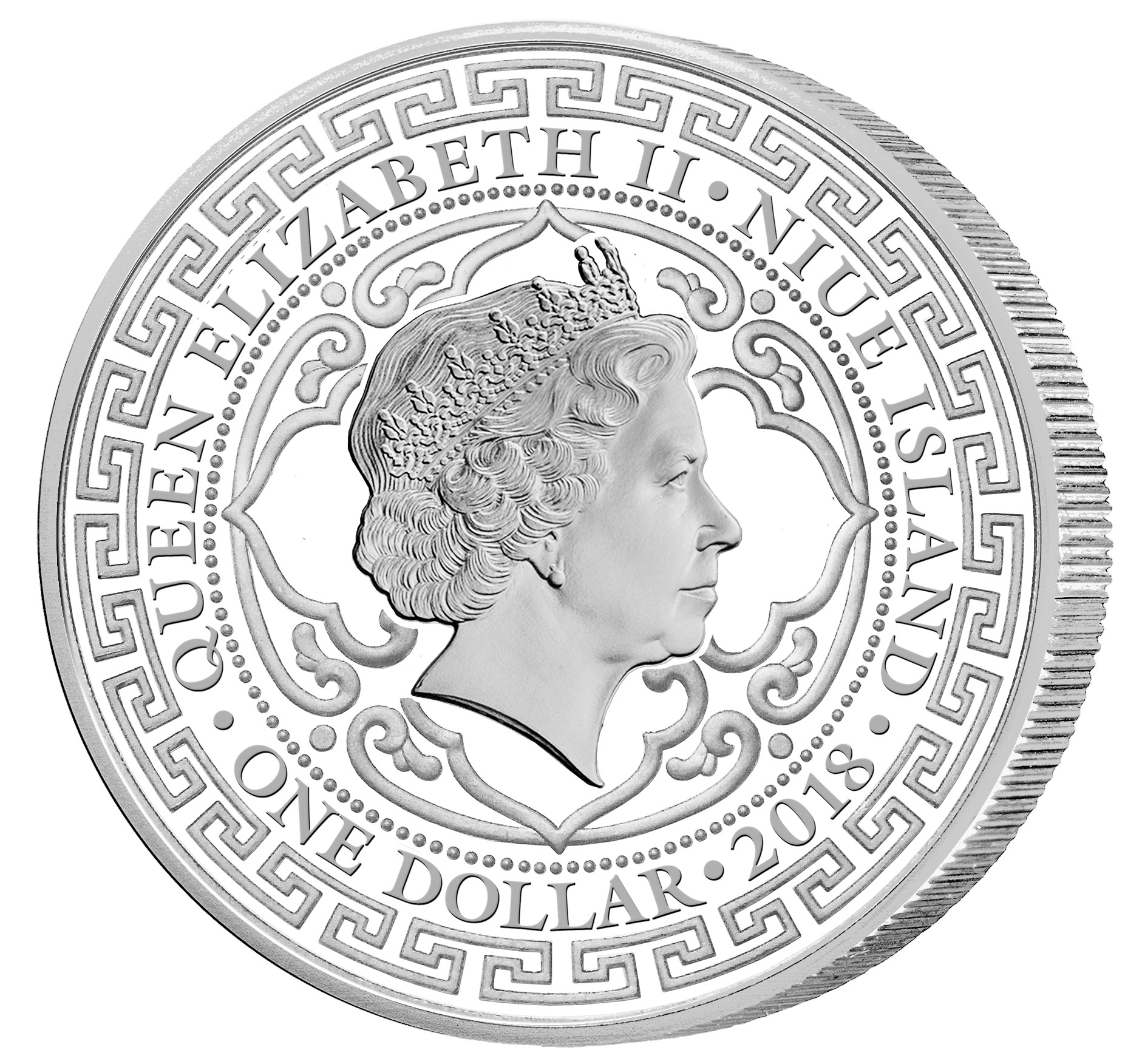 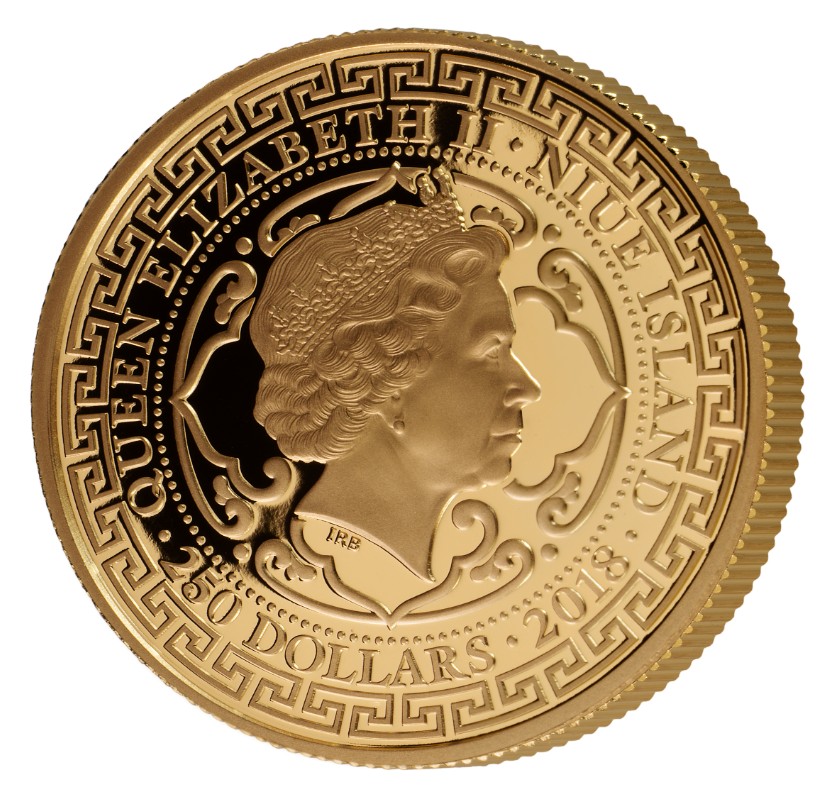 The obverse design features, for the first time, the Ian Rank-Broadley effigy of HM Queen Elizabeth II surrounded by an arabesque cartouche. The denominations of 250 DOLLARS for the gold coins and ONE DOLLAR for the silver coins are seen under the effigy along with the year of issue. 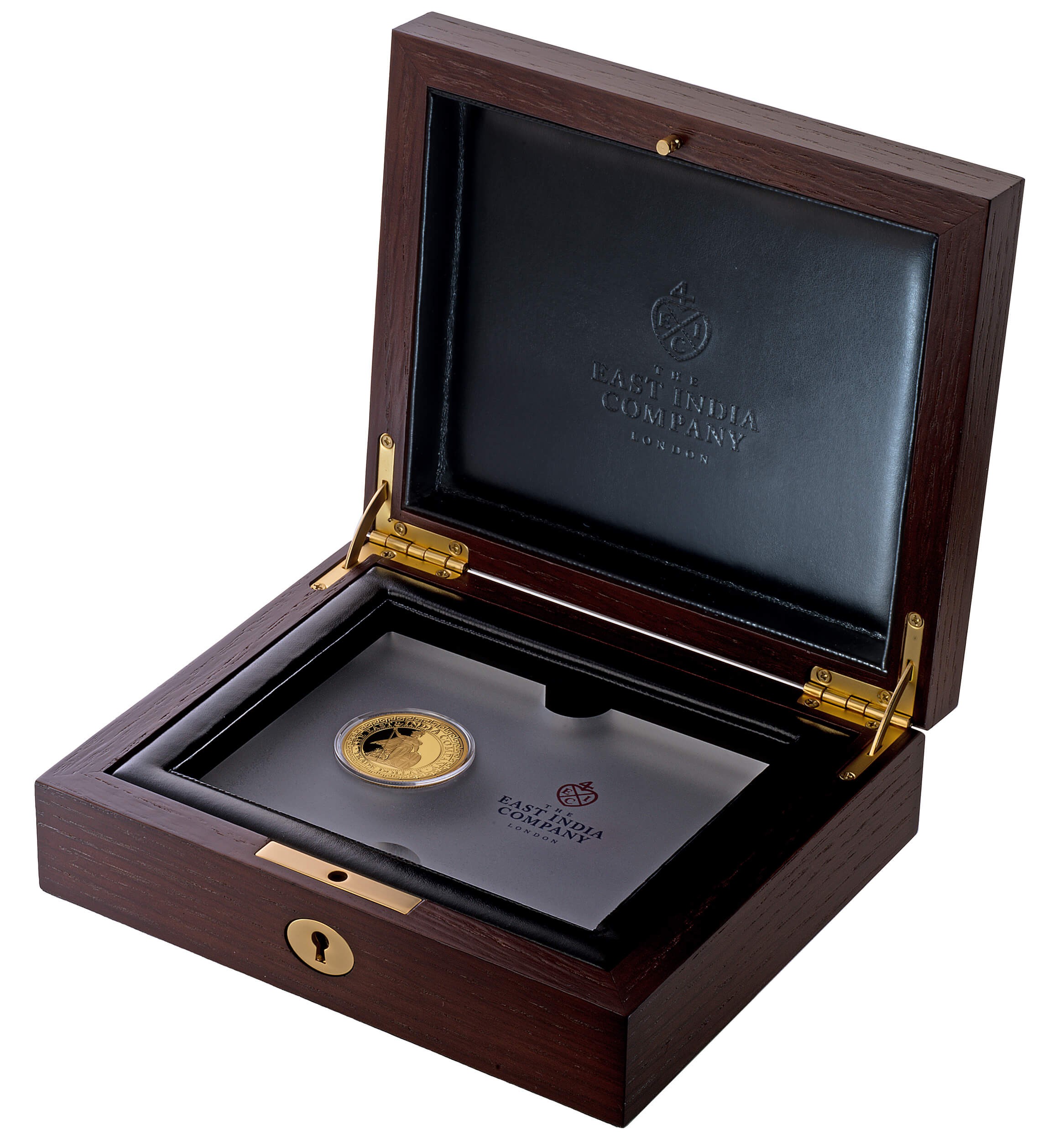 The Trade Dollar Collection, when complete, will consist of five coins — each inspired by the original trade dollar designs issued from Great Britain, the United States, France, Japan, and China. Planned for release at regular intervals over the next two years, each coin is minted to exceptionally low issue limits and are expected to be one of the most highly prized collections of the modern coinage era. The gold coin is available in very small quantity directly from East India Company bullion and is struck to exceptional Proof quality. It is encapsulated in a Perspex frame and presented in a deluxe custom wood crafted case along with a numbered certificate of authenticity. Please visit their website.