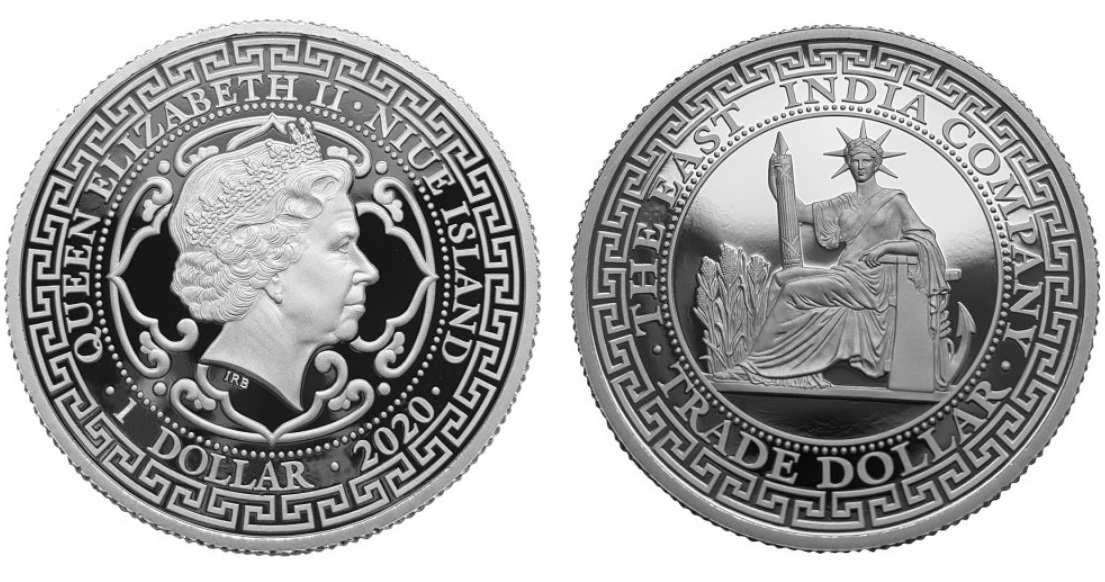 The East India Company Bullion Ltd, a subsidiary of the East India Company, in partnership with the Treasury of Niue, have released the fifth and final coin which is part of their popular series entitled “World Trade Coins,” launched in 2018. The coins have focused on five of the coin collecting world’s most sought-after trade coins issued during the mid-19th into the early 20th century, which contributed to international trade primarily in Asia. The final coin features the beautiful French Indo-China Piastre silver coin first issued in 1885.

The legacy of Emperor Napoleon III and the Second Empire was the expansion of France’s overseas possessions, but it was left to the Third French Republic (1870–1940) to make a success of their economic development. By 1885, the French administrative government introduced a new currency based on the silver piastre de commerce to increase monetary stability. Used throughout the entire colonies of French Indo-China, the coins contributed to a much more stable economy which was also strengthened and expanded. The obverse of the original coins depicted a distinctive seated Liberty and headdress similar to that worn by the iconic Statue of Liberty, a gift to the American people from France in 1876 on the occasion of the U.S. centenary anniversary of independence. The reverse side included a simple wreath with the inscription INDO-CHINE FRANCAISE – PIASTRE DE COMMERCE – A TITRE 0,900. POIDS 27 GR., denoting the coin’s weight and fineness. 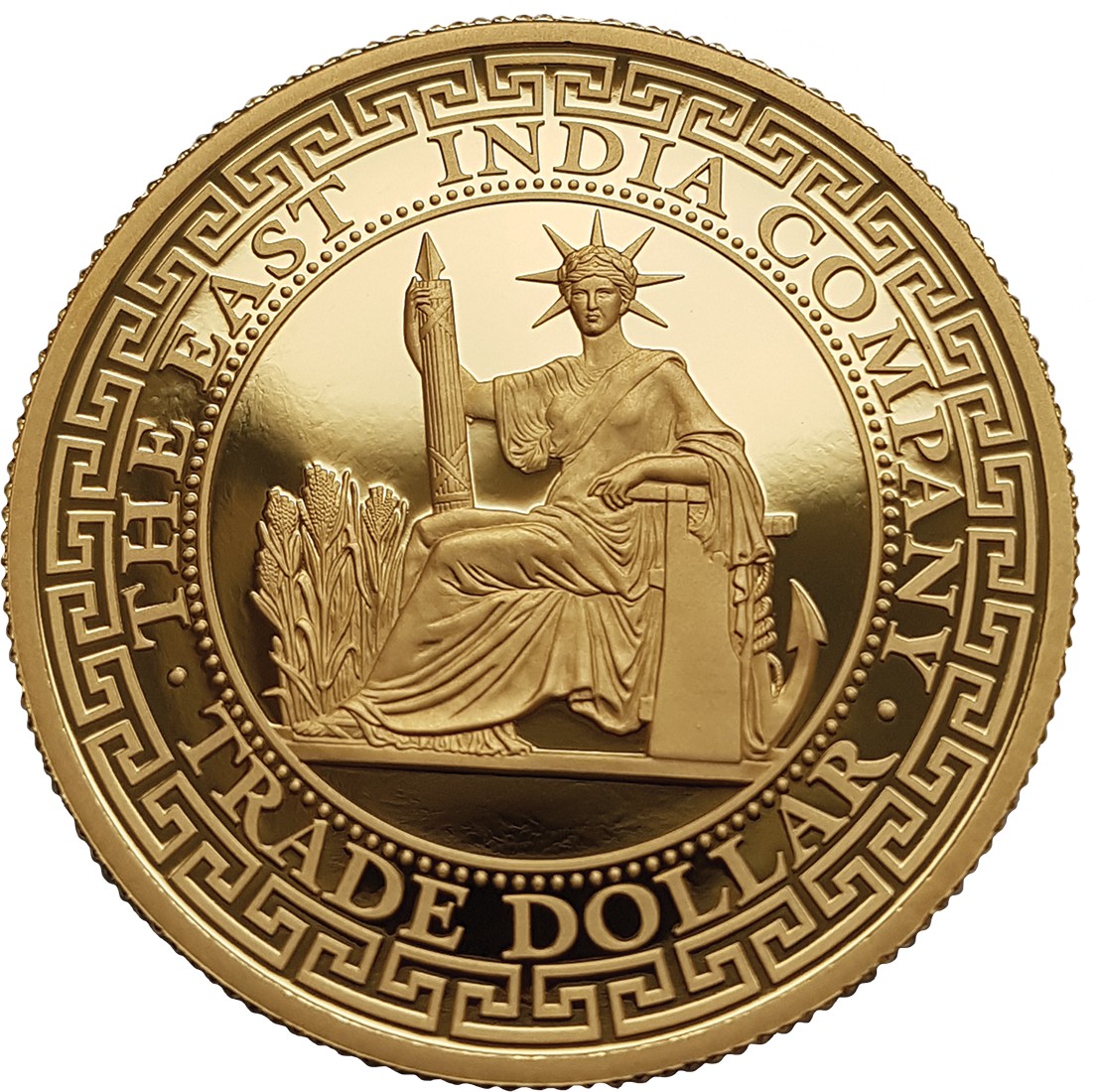 The reverse design includes the superb rendition of the piastre’s seated Liberty, holding in her right arm the fasces, a set of rods bound and containing a spear. A bundle of wheat is shown to the left, and an anchor is placed to the right. Encircling the primary design is an oriental geometric pattern and the text EAST INDIA COMPANY placed above, while TRADE DOLLAR is placed below. 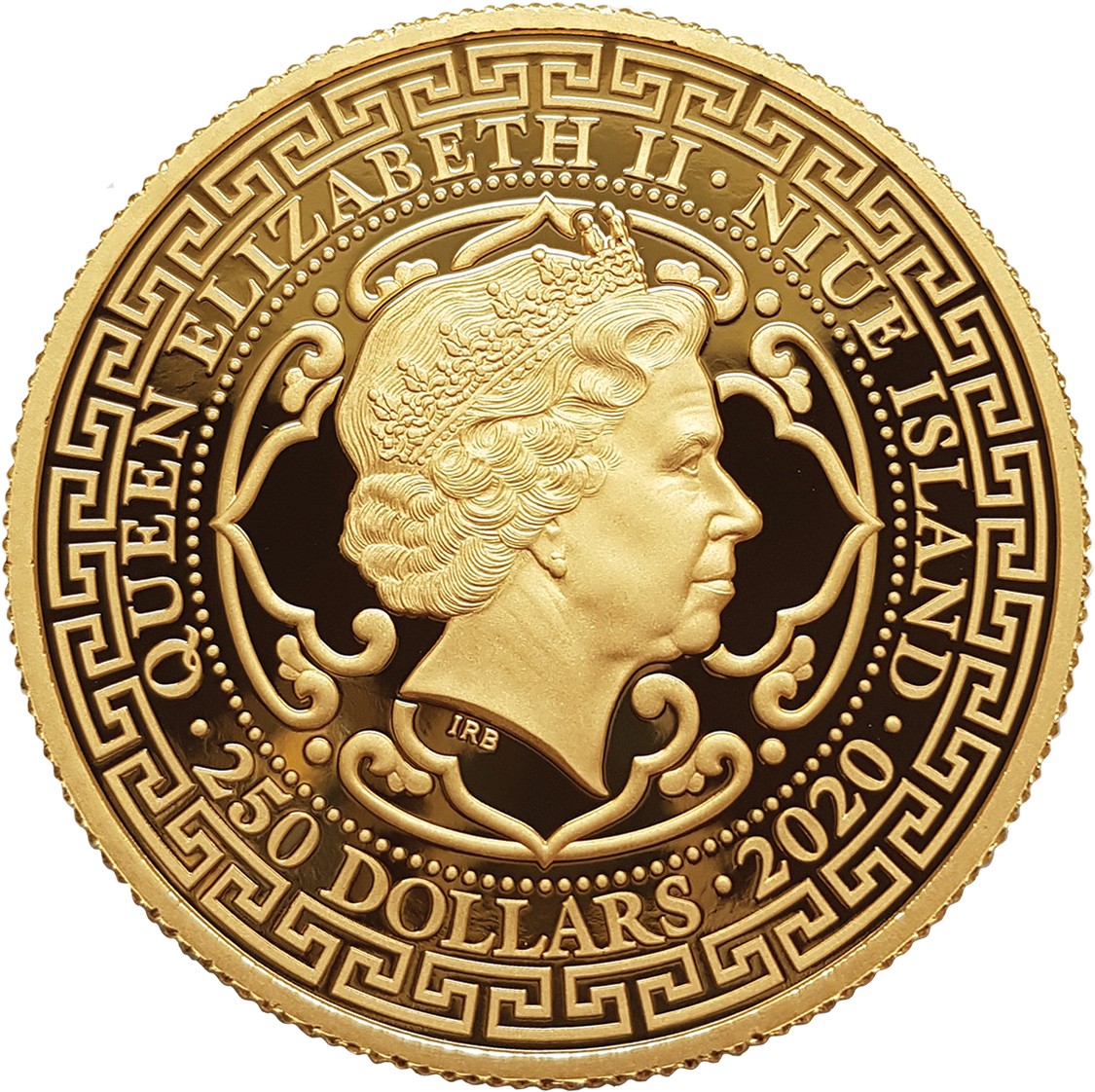 The obverse side of the Proof-quality collector coins bears the effigy of Her Majesty Queen Elizabeth II created by British sculptor Ian Rank-Broadley. The text around the Queen’s portrait includes the name of the issuing authority of NIUE ISLAND, the denomination ONE DOLLAR (or 250 DOLLARS), and the year 2019. 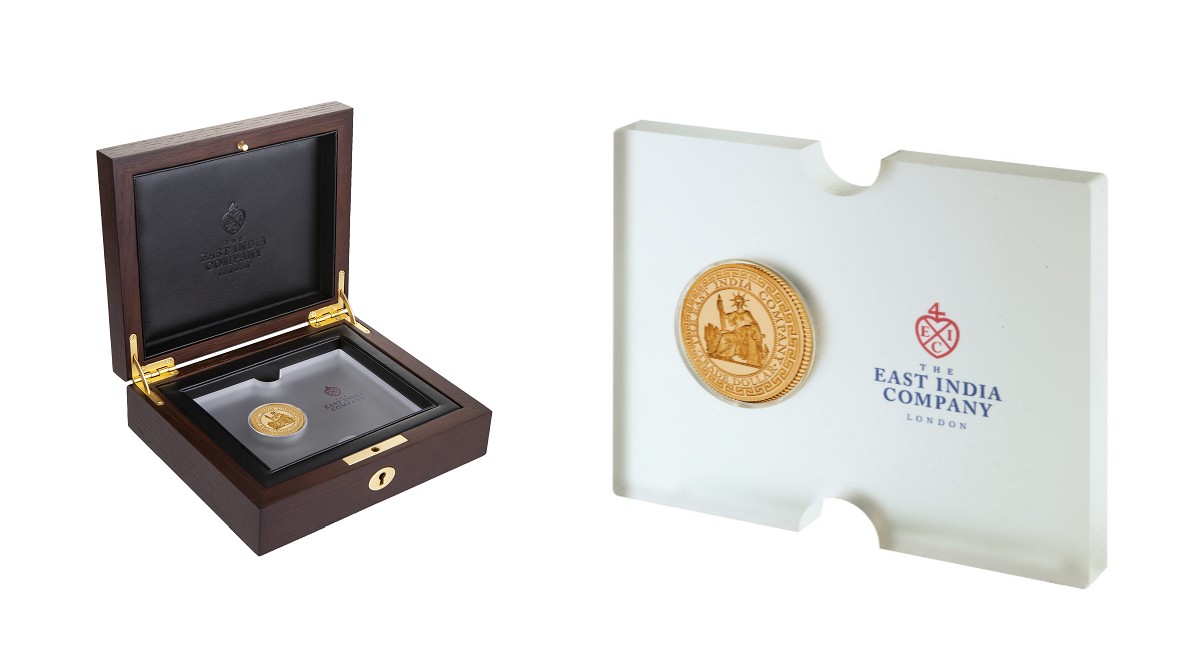 The five-coin set, now completed, is composed of Proof-quality gold and silver collector coins representing Trade coins from Great Britain, the United States of America, China, Japan, and France. Each coin is housed in an East India Company-branded case and is accompanied by an informative booklet detailing the story behind the design. For additional information about this coin and other collector gold and silver coins in association with the East India Company, please click here for the silver coin and here for the gold coin.