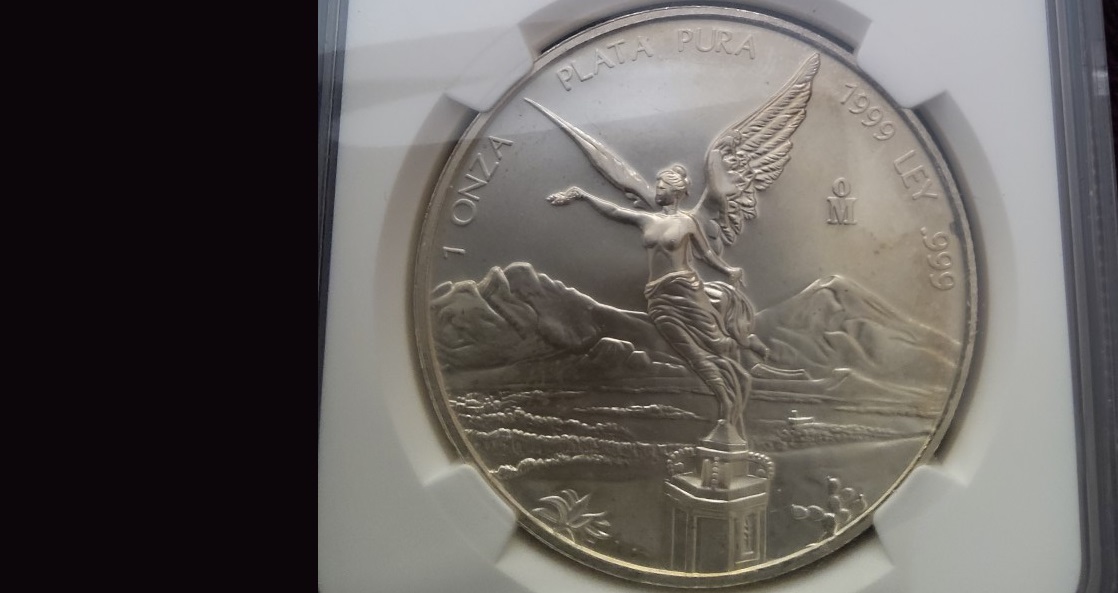 Although it has been minted for almost 40 years, the Mexican Silver Libertad is a series that continues to see the discovery of scarce variety and error coins, including just recently the ninth Uncirculated example of the rare 1999 with the obverse of the 2000 one-ounce mule.

In 2000 the Banco de Mexico replaced the obverse Libertad design that previously depicted the Mexican coat of arms by itself with a new design showing that emblem along with prior versions encircling it. NGC refers to this side as the reverse, but the Banco de Mexico calls it the obverse, as do most specialists in the series.

But an undetermined number of 1999 one-ounce Libertads that were supposed to feature the same obverse design used since 1982 were instead struck with the second obverse design intended to debut with the year 2000 coin. Those coins are called “mules,” which are simply coins struck from different dies that were not intended to be paired together. Though not the only Libertad mule, this is the most well-known one.

The first discovered 1999/2000 mule was purchased the year it was issued, but the owner, Dan Pecoraro, held on to it for 15 years before deciding to have it authenticated and graded by PCGS, waiting to see if additional examples surfaced. The existence of that coin was first reported in an April 6, 2015 article in Coin World by Jeff Starck, and the coin was sold for $7,000.

As I reported in a July 2016 article in Coin World, at the time a second example was owned by Pat Stovall of Lois and Don Baily and Son Numismatic Services, who later sold it in a private sale for $6,000. As of 2016, only three examples were reported to exist (one graded by PCGS and two by NGC). 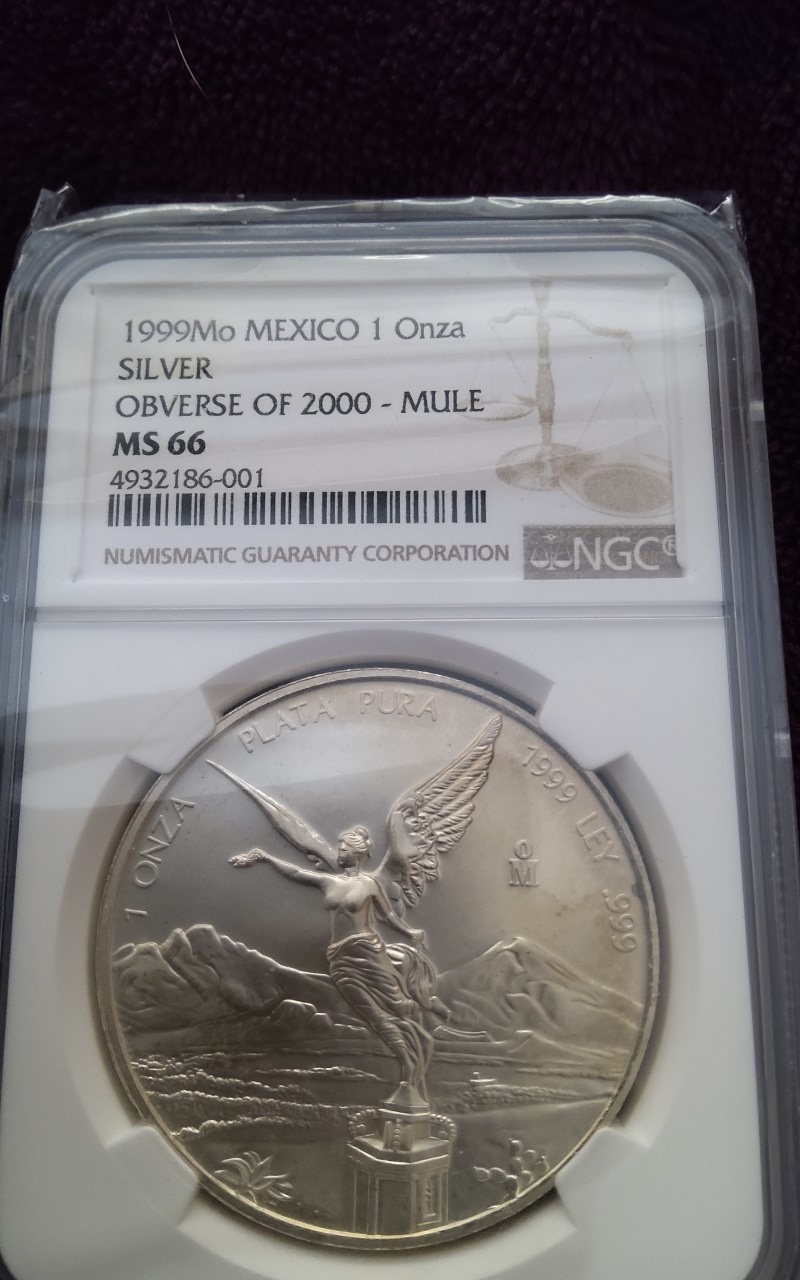 Then other examples began to surface over time with at least one more of them having been sold recently — an NGC MS-65 example that brought $3,000 on July 29, 2019, on eBay. Today there are nine known Uncirculated examples with the ninth one having recently been discovered among coins which collector Harry Bodine of Florida inherited from his father.

Harry Bodine’s interest in coins was instilled by his father (whose name is also Harry) who used to own a junkyard, where he would find interesting old coins like Morgan silver dollars. Harry said that it is only in the last couple of years that he developed a serious interest in coins, including the Libertad series.

His father has been interested in coins his whole life, especially for the past 20 years, and still goes to shows like the recent FUN show in Orlando held in early January. The older Harry is primarily a bullion coin collector who enjoys coins from Great Britain, Australia, and other countries.

The 1999/2000 mule was initially purchased by Harry’s father years ago at a coin show for $27. It was only recently when the younger Harry was given his father’s collection and went through an album with Libertads that he noticed something odd about the 1999 coin in that set. That led him to research the matter and resulted in the discovery that the coin is a 1999/2000 mule.

After that, Harry had the coin graded by NGC, which came back MS-66, and then spoke with some dealers interested in buying the coin outright, but he felt he could do better than those offers. So, he got in touch with several auction companies, including Sotheby’s, which was interested in selling the coin, but he went instead with Heritage, which will auction the piece during the April 22-27 Central States Numismatic Society auction.

According to the current NGC census, the nine examples that have been graded and authenticated include three MS-65 coins; two in MS-66, three in MS-67; and one MS-68. The is also an “Uncirculated details” coin with scratches that was sent to NGC and is currently for sale on eBay by a seller in Mexico for $3,800 or best offer. No examples are currently in the PCGS population report.

While there is no way to estimate accurately the total number of 1999/2000 mules that were struck, it does seem reasonable that a more significant number were made than the nine coins reported so far, especially if the coins were issued as trial pieces, as Pat Stovall first noted in that 2015 article.

Pat said recently that he thinks the mules could have been issued in error as the mint was preparing to change obverse designs or may have been issued for internal use by the Banco de Mexico as an illustration of the new obverse design and that around 50 or more examples could exist. He added that after the report of the first coin appeared, other examples came on the market. 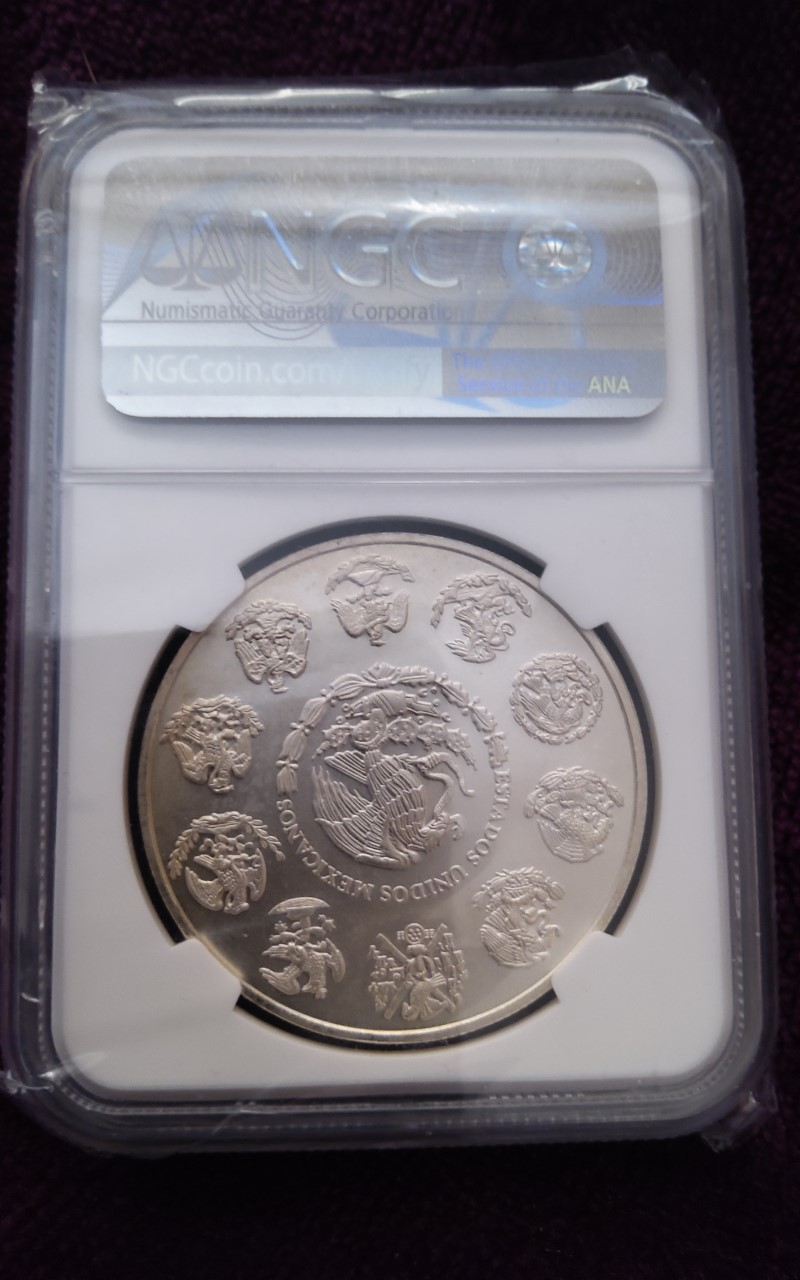 There are likely to be additional examples of this rare mule waiting to be discovered within collections of the one-ounce Libertad, in rolls, and among coins in Mexico and elsewhere.

Some collectors may not have carefully examined both sides of the coin since there is a tendency to look mainly at the reverse side with its fetching side profile of the famous Winged Victory statue in Mexico City (that in 1996 replaced the front-facing view of the same monument to Mexican independence).

In addition, Pat noted that back in the period 1982-2000, when silver was much less expensive than today, many people bought original rolls of one-ounce Libertad coins and that many of those rolls likely remain unopened and could include some additional examples of the mule.

As I noted previously, during the early years of production of the Libertad silver coin, quality control at the mint was not even close to the world-class standards of today’s Mexican Mint. Pat’s stepfather, the late Don Bailey, who was the leading American authority of Mexican coins for many decades, once told Pat that the mint was “loosey, goosey” during this period and made all kinds of errors that were simply impossible to catch during production.

During this period, Don would travel to the mint and see the coins being made and was shocked at the poor minting standards. By the 1990s quality control standards at the mint had improved significantly, and today they are “state of the art,” according to Pat.

For all these reasons, collectors of the Libertad series should consider the series a treasure trove waiting to be mined for new errors and varieties, not to mention possible condition rarities since coins of the earlier years do not even exist in MS-70.

While the majority of known Libertad error and variety coins found to date are from the earlier years of the series, some more recent issues have been discovered such as 2015 two-ounce Proof with the detached wing. Also, with most collectors focused on the one-ounce coins, there may be undiscovered rarities among the fractional silver coins too.

If you are interested in this area of the Libertad series, the top NGC Registry sets of Libertads include high-quality examples of the known coins of this type.