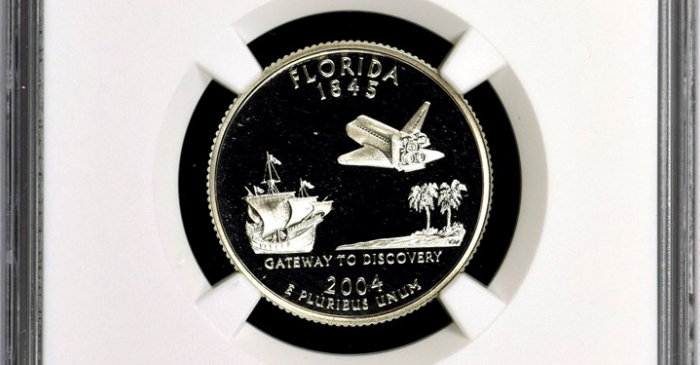 Collectors and dealers can compete for prizes and recognition at the Orlando convention.

Numismatic Guaranty Corporation (NGC) is excited to announce that it will hold a coin grading contest at the 2020 Florida United Numismatists (FUN) Show in Orlando, Florida.

The NGC Coin Grading Contest will be open to anyone aged 13 and older. Each participant will be given 10 minutes to grade 15 coins at the NGC booth (#104) without any outside assistance. The coins will be a mix of countries, types, and grades, and may include details-graded and not genuine coins. Contestants will enter their grades on a computer provided by NGC.

Participants will be divided into three categories: Adult (age 26 and older), Young Adult (age 18-25) and Young Numismatist (age 13-17). The contestants will be scored based on how close their grades were to NGC’s grades, and prizes will be given for first, second, and third place in each category. 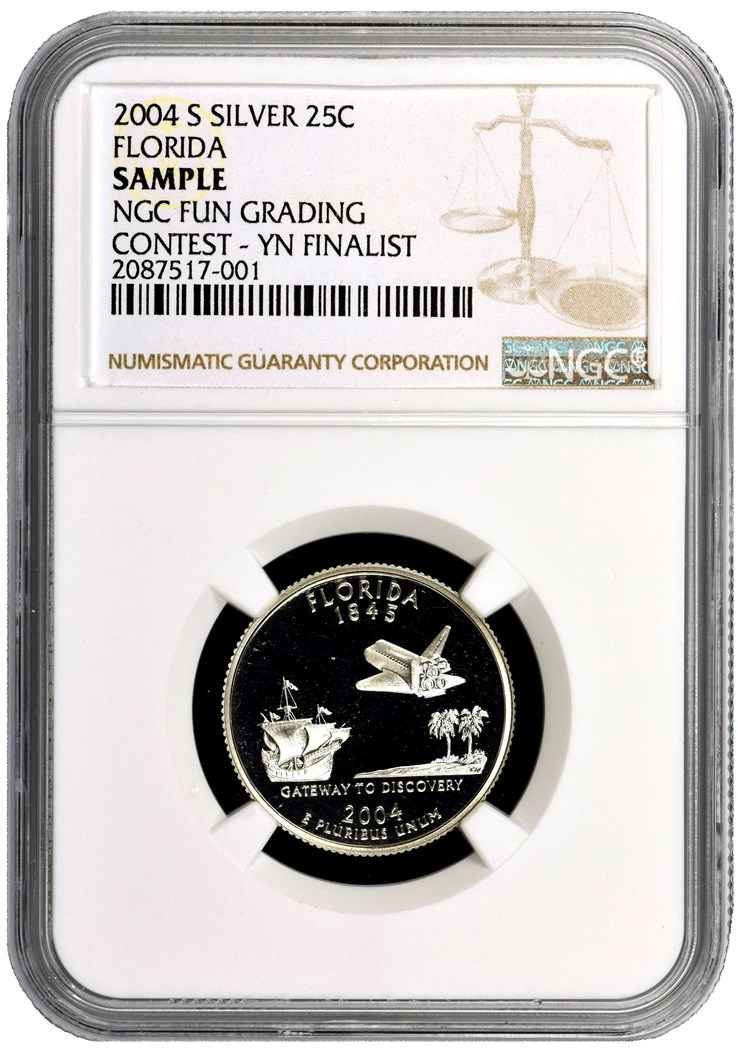 The top 10 finishers in each of the three categories will receive a special NGC “Sample Slab” with a 2004 Proof silver Florida quarter.

To request a reservation for a time slot in the contest, email your name, age (as of the FUN Show), and day(s) you will be at the FUN Show to  with a subject line of “FUN Grading Contest.” You must be willing to have your name published by NGC if you win.

A maximum of 140 contestants can take part in all three contests combined. NGC reserves the right to limit the number further depending on the time constraints but intends to accommodate at least 100 contestants. Time slots will be available January 9-11. Please arrive five minutes early. Any potential contestant who does not show up by the start of their time slot will forfeit their time slot. If a time slot is open during the show, it will be made available to walk-up contestants on a first-come, first-served basis.

NGC will notify the winners on January 12 and will post an article online shortly after. In the event of a tie, the prize amounts will be split evenly between the winners. (For instance, if two people tie for first place, each will receive $250 in grading credit and no second place prize will be awarded).

Certified Collectibles Group employees and their immediate family members are not eligible to participate. NGC reserves the right of final interpretation of this promotion, including the right to disqualify any contestant.

To learn more about the NGC Grading Scale, click here.