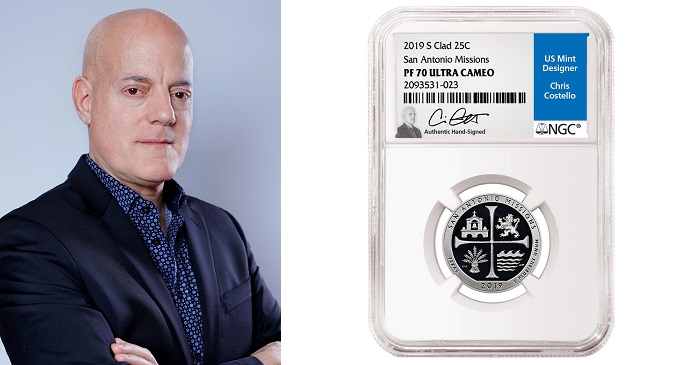 Costello’s dignified depictions of the American experience have graced over 20 U.S. coins and medals.

Chris Costello, an award-winning U.S. coin designer, has agreed to individually hand-sign certification labels exclusively for Numismatic Guaranty Corporation (NGC). Known for his dignified and exacting style, Costello has designed over 20 coins and medals for the U.S. Mint.

An avid collector since childhood, Costello had always dreamed of designing an American coin. Selection to the U.S. Mint’s Artistic Infusion Program (AIP) in 2010 has enabled him to design many. At the time Costello joined the AIP, renowned Chief Engraver John Mercanti told him that working for the U.S. Mint would be the most challenging chapter of his artistic career. For Costello, that turned out to be truer than he imagined but, moreover, extraordinarily rewarding. 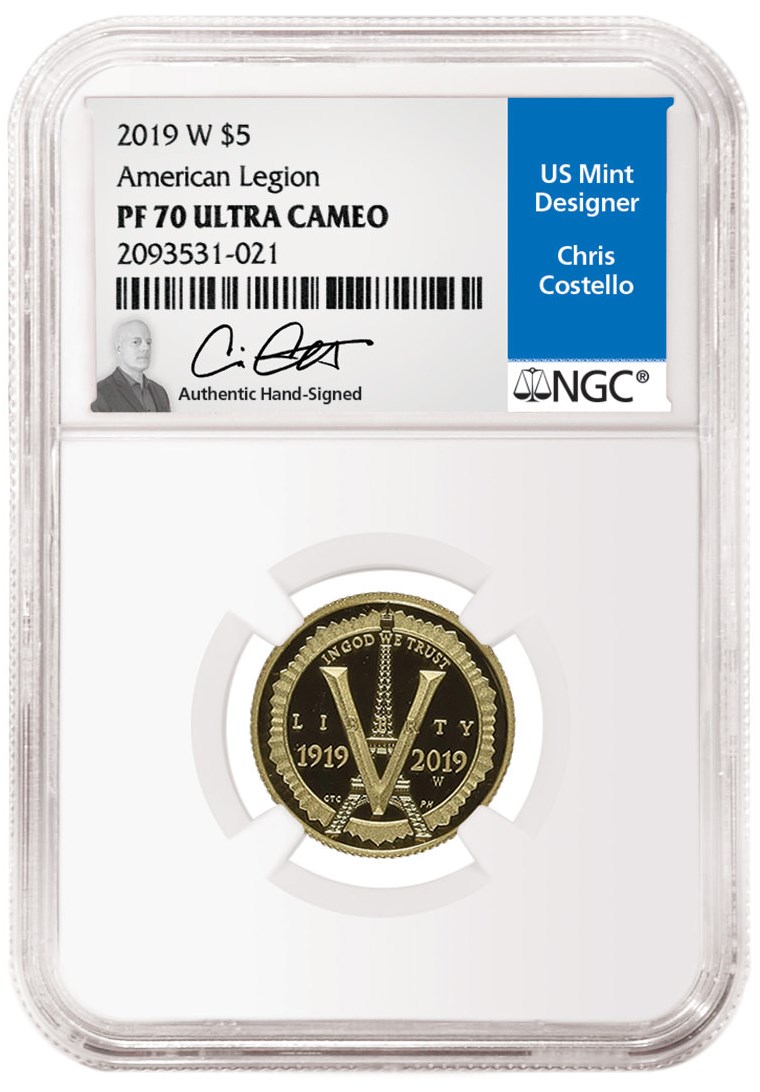 Costello’s influence on U.S. coinage will be felt for years to come. In 2021, he will once again contribute to the America the Beautiful Quarters Program with the Tuskegee Airmen National Historic Site reverse, the final coin in the series.

“Creating lasting impressions of the American experience through numismatic art calls for the highest standards of originality, accuracy, and creativity as an artist and a storyteller,” said Costello. “I am honored to be part of NGC’s Signature Labels program.”

“We are thrilled that Chris Costello will be among the U.S. Mint coin designers, engravers, and sculptors who autograph NGC certification labels,” said Mark Salzberg, NGC chairman and grading finalizer. “A collection of coins with the signatures of the artists who created them is an impressive presentation with a personal connection.”