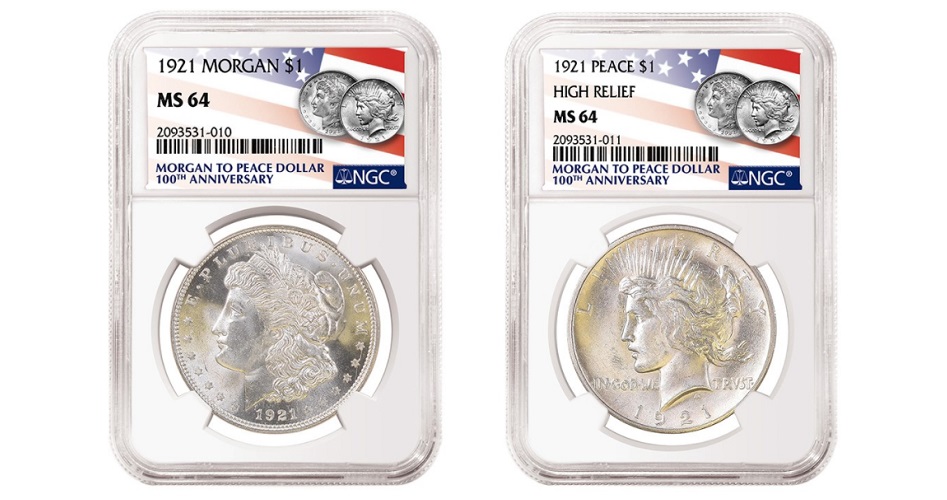 The 1921 silver dollar transition represents a pivotal moment in numismatic and American history.

On January 1, 2021, Numismatic Guaranty Corporation (NGC) will begin offering a new special label for bulk submissions of 1921 Morgan and Peace dollars to commemorate the centennial of the important transition in America’s silver dollar coinage.

Following the war, numismatists petitioned for a new silver coin design to memorialize America’s hard-won victory. The Peace dollar, designed by Anthony de Francisci, was chosen as the Morgan dollar’s replacement and minting began in December of 1921.

This transition represents a major moment in our country’s numismatic and national history. While the Morgan dollar symbolizes the industrialization of the 19th century, the Peace dollar heralded America’s growth as a global power and the time of peace ushered in after the war.

The Morgan and Peace dollar 100th Anniversary Special Label (#1559) will be available for bulk submissions only for no additional fee through December 31, 2021.