Last month we reported that Professional Coin Grading Service instituted a new crossover policy for Collectors Club members and authorized dealers, allowing them to submit mint state and proof coins graded 70 by another service with those top grades cited as the minimum acceptable crossover grade.

Previously, PCGS would only allow crossovers to have a minimum designated grade of MS69 or PR69.

At the time NGC still had that policy. But now it has changed it to mirror PCGS’s policy, announcing this week that it will now accept crossover submissions of coins graded MS 70, PF 70 and SP 70–but only ones holdered by PCGS.

You can read the corporate announcement here. 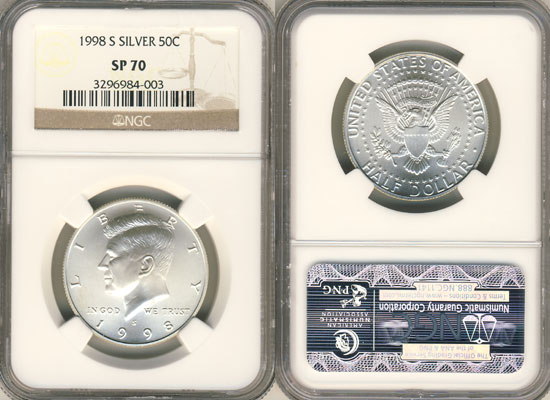 Once again, NGC has missed an opportunity to allow crossover consideration for all holdered coins, clinging to its curious policy of only considering PCGS for crossovers. That policy began in 2011 after an internal review reported the greatest number of NGC Customer Service complaints stemmed from its inclusive crossover policy. Customers purportedly were confused and angry when their coins failed to earn an NGC label and holder.

To those customers, many of whom sent in self-slabbed or bottom-tiered coins to NGC, we say: “Learn the hobby, study grading, know the top-tiered holder companies, and stop complaining.” We wish a company as consistent and respected as NGC had the same numismatic ethic as ours.

NGC has never considered that its restrictive crossover policy angers to this day people with set registries that cannot send coins from ANACS, ICG, SEGS, PCI and others to NGC because PCGS is the only viable alternative. (NGC never hears from those collectors because its policy effectively silenced them–except for us at Coin Update News.)

That said, we welcome this new NGC policy, because it is more inclusive. 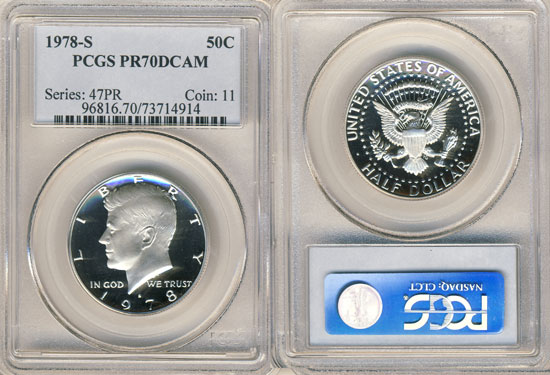 According to an NGC news release, its new service “allows PCGS-certified coins to be submitted to NGC for grading without removing them from the holders. If NGC assigns the same or higher grade, the coins will be carefully removed from the PCGS holder and encapsulated by NGC.”

The policy change is effective immediately. NGC states that this is in response “to feedback from collectors who desire to complete sets of NGC-certified modern coins in the ultimate grades of NGC MS 70 or NGC PF 70 Ultra Cameo.” NGC adds that collectors display their sets on the online NGC Registry, “which is the largest of its kind at nearly 85,000 sets—a significant percentage of which are modern coins.”

The NGC Registry is large because it allows PCGS coins to be considered alongside NGC ones. As we have written previously, this is one more argument against NGC’s restrictive crossover policy because there is little reason for hobbyists with PCGS coins to send them for NGC crossover. PCGS coins are automatically accepted.

Not so with PCGS, which only allows its coins to be in set registries.

Crossover service and set registries are linked, although it may not be obvious to others, including NGC. Owners of ANACS, ICG, SEGS and PCI coins, to name a few, routinely send their coins to PCGS for crossover consideration. If they do, and they do grade frequently, by the way (although not always at the same grade, of course), the owners have coins worthy of both NGC and PCGS registries.

It has been our experience that PCGS grades the coin, not the holder, as Coin Update News has reported multiple times in the past few years, most recently in this post. These SEGS coins were submitted to PCGS:

This is how PCGS graded them:

The more coins crossover to PCGS, the better the chances of hobbyists going entirely PCGS, sending in NGC coins for PCGS crossover consideration to have an entire set with that top label.

Nonetheless, NGC Chairman Mark Salzberg states in the news release, “As more collectors, particularly those who participate in the online NGC Registry, build sets of NGC-certified modern coins, we have witnessed growing demand for NGC to allow CrossOvers of coins graded 70 by PCGS. By updating our CrossOver policy we now present collectors and dealers with a risk-free opportunity to submit their PCGS-graded modern coins to NGC.”

There is some truth to Salzberg’s assertions, especially in proof modern coinage in the 1970s and 1980s. NGC tends in several coin categories to have slabbed PF70 fewer times than PCGS. Example: only 57 1977-S Ultra Cameo dimes were slabbed by NGC as opposed to 349 by PCGS.

However, that’s not the trend in two popular modern series in mint state: Modern Commemoratives and American Silver Eagles.

A comprehensive check of recent auction sales (source: PCGS CoinFacts) and population reports (PCGS/NGC) indicates that 29 PCGS MS70 coins in the Modern Commemorative series bring substantially higher prices than NGC coins, with no NGC coin bringing higher values than PCGS. The rest are statistically insignificant, especially later in the series when the US Mint began striking superior coins worthy of the MS70 rank.

NGC has, with these population reports:

If anything, owners of NGC coins with these dates above might consider sending them to PCGS for crossover consideration. Imagine the value of such coins for PCGS Silver Eagle set registrants!

Finally, the NGC news release also stated that the company “will extend its CrossOver special to allow submissions of all PCGS-certified US and world coins for CrossOver and charging only a modest $5 handling fee if the coin does not meet NGC’s strict grading standards.”

We will be interested in this last NGC statistic promised by the Sarasota-based company: “To provide collectors and dealers with the information needed to make better buying and selling decisions, NGC will periodically post statistics on the number of PCGS-certified coins submitted for CrossOver and the success rate to its website.”