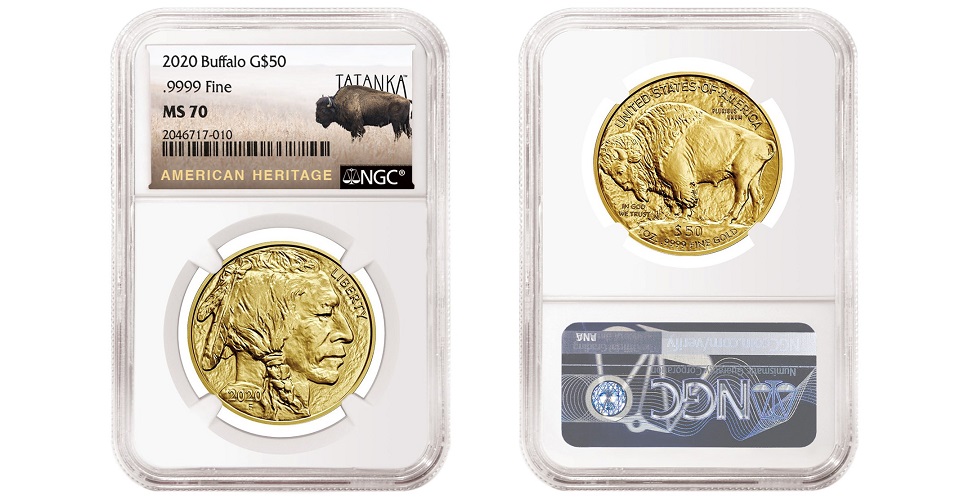 A 2020 gold buffalo with the NGC tatanka special label. Hover to zoom.

Numismatic Guaranty Corporation (NGC) is pleased to announce the release of an exclusive tatanka buffalo special label. This attractive, trademarked label celebrates the iconic American buffalo, a symbol of our nation’s heritage that is reflected on some of the most popular U.S. coins, including the Buffalo nickel and the American Gold Buffalo.

Tatanka is the Lakota word for a buffalo bull. Among Plains Indians especially, the buffalo is a sacred animal and religious symbol that was an integral part of daily life. Nearly all activities, including hunting, homebuilding, cooking, sewing, making art, praying, and celebrating incorporated the buffalo. Indeed, tatanka literally translates to “he who owns us,” a clear expression of the buffalo’s status in Native American society.

In 1990, the film Dances with Wolves familiarized audiences worldwide with the word tatanka when Kevin Costner’s character memorably pantomimes a buffalo to communicate with his Lakota Sioux neighbors. The Sioux were, in fact, pleased with the movie’s portrayal of their peaceful, day-to-day life and honored Costner with official membership.

The buffalo has long been an emblem of America, particularly of a bygone era when buffalo herds roamed free across much of the country. In 1913, sculptor James Earle Fraser, famous for his evocative depictions of the American West, introduced the buffalo to U.S. coinage with his design for what would become known as the Buffalo nickel. Struck until 1938, the Buffalo nickel has remained one of the most popular coins with both collectors and the general public.

In 2006, the Buffalo nickel design was repurposed for the first 24-karat U.S. gold coin, the American Gold Buffalo, which continues to be issued annually. The buffalo has also been portrayed on a number of other U.S. coins, including the Kansas, North Dakota, and Montana state quarters, the Wyoming America the Beautiful quarter, and the 2001 American Buffalo commemorative silver dollar.

The elegant and striking NGC tatanka special label features a lone buffalo surveying an empty prairie, stalwart and bound to the land, while his Lakota name — Tatanka — conveys his soaring spirit, a symbol ever entwined with the history of America. 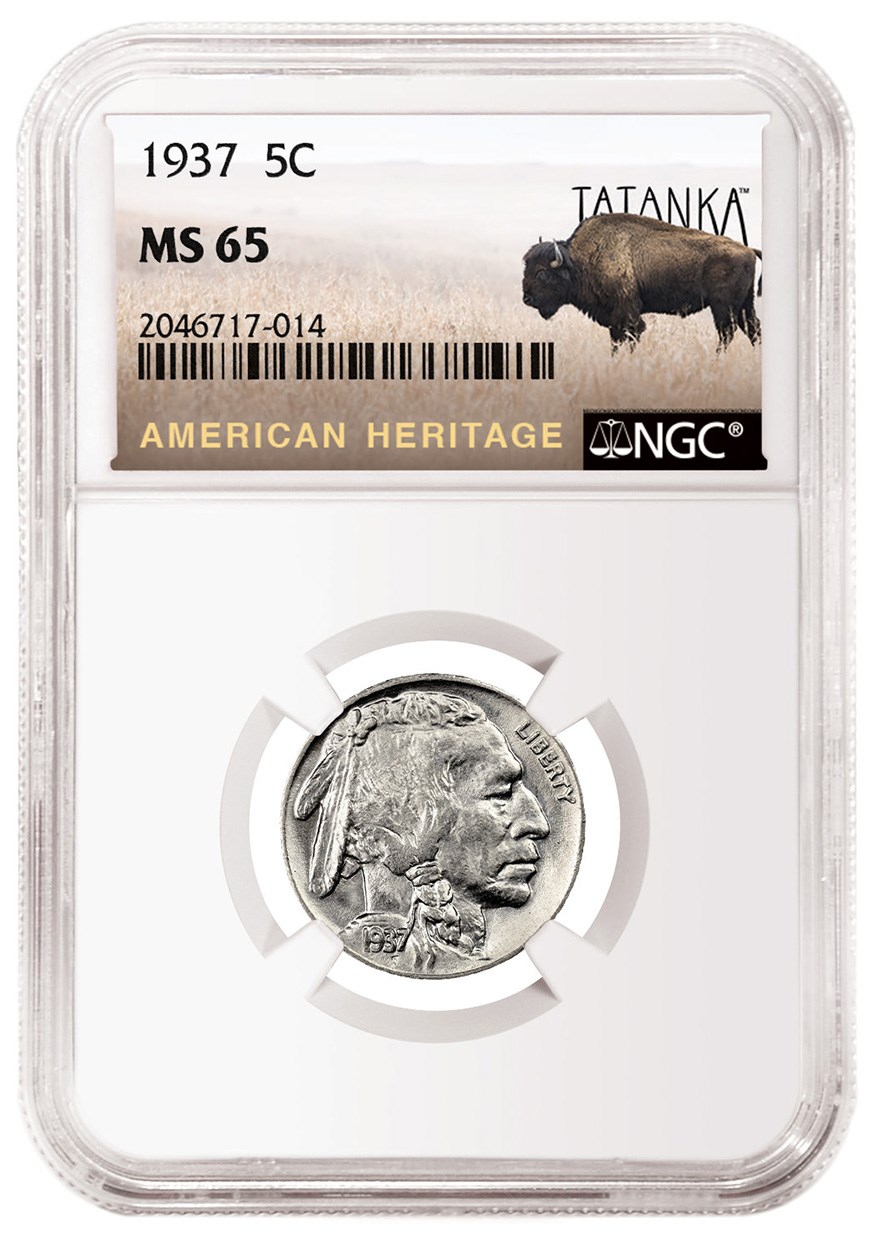 A 1937 Buffalo nickel with the NGC tatanka special label.