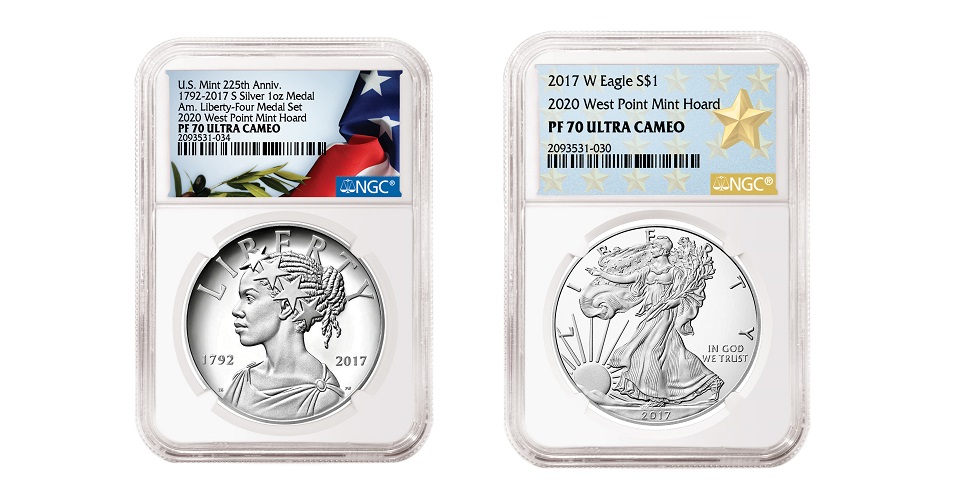 Sarasota, Florida (June 30, 2020) — Numismatic Guaranty Corporation (NGC) is excited to announce that it is certifying a stockpile of backdated gold and silver coins that were specially released by the U.S. Mint in May. The hoard includes 2016 and 2017-dated American Silver Eagles, American Gold Eagles, First Spouse gold coins, and silver medals.

It is unusual for the U.S. Mint to offer coins for sale several years after they were originally struck. In May, however, the U.S. Mint sold tens of thousands of gold and silver coins from its reserves to bulk buyers.

At the time, much of the nation’s economy had ground to a halt due to restrictions surrounding the COVID-19 pandemic, and demand for precious metals soared. The U.S. Mint responded with this almost unprecedented sale of backdated coins. 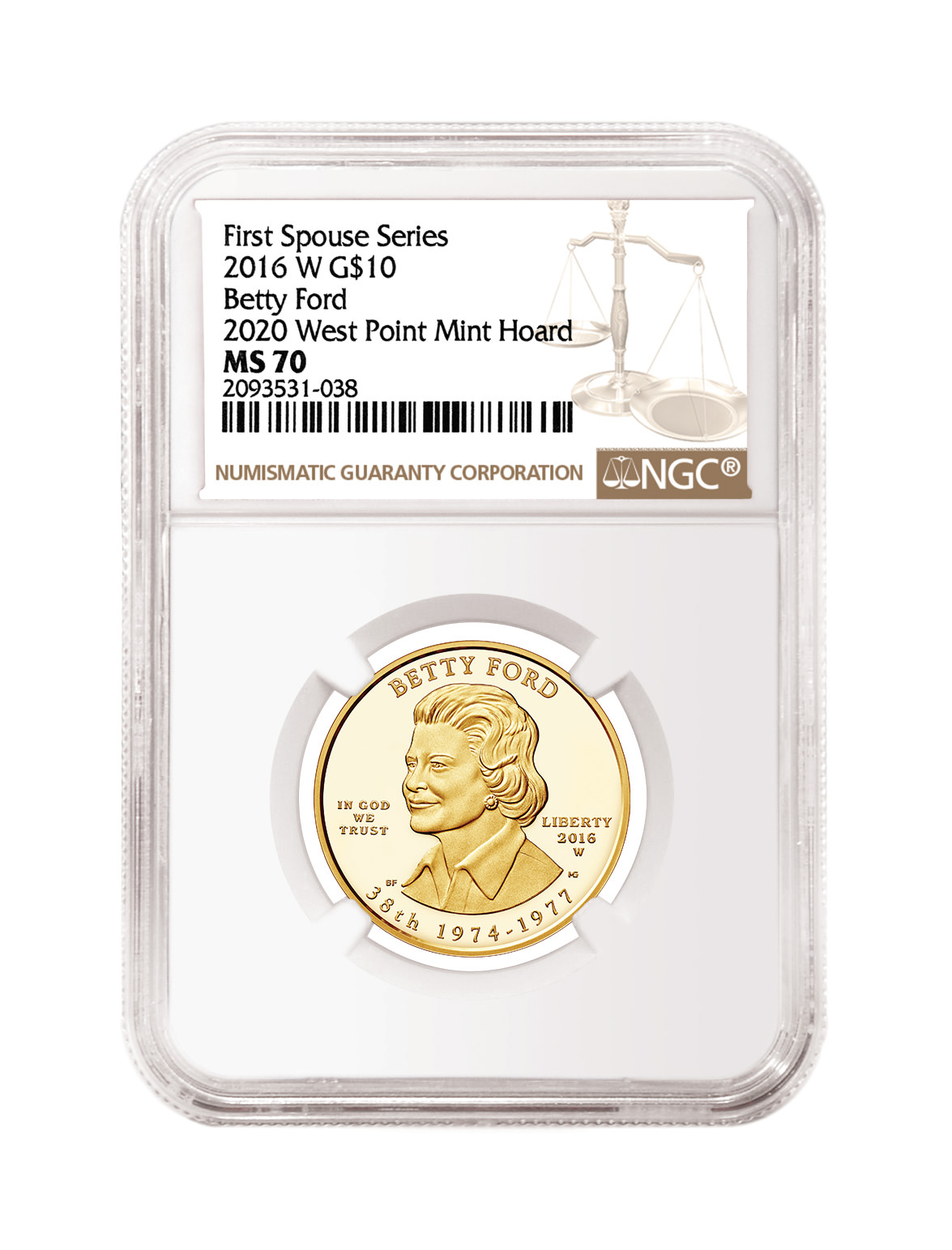 The coins include desirable issues, such as the 2016-W 30th Anniversary one-ounce Proof Silver Eagle, the 2017-W one-ounce Proof Silver Eagle, 225th Anniversary American Liberty silver medals, and First Spouse 1/2-ounce $10 gold coins. The majority of the coins in this special release have already been submitted to NGC for certification. To mark their unusual status, NGC is attributing them with designations including 2020 West Point Mint Hoard.

For many collectors, the Silver Eagles will be the highlight of this special release. Silver Eagles, which celebrate their 35th anniversary next year, are extremely popular with both collectors and investors. NGC has certified nearly 11 million of the one-ounce silver coins according to the NGC Census.

As the effects of the coronavirus continue to be felt across the country and world, many people continue to move towards the relative safety of gold and silver. Mints and coin dealers have struggled to keep up with demand, making the sale of coins from this special release a boon for collectors and investors who are eager to expand their portfolios.

NGC-certified coins with the 2020 West Point Mint Hoard designation are available exclusively from Rare Collectibles TV and other retailers.

NGC is one of the world’s largest and most trusted third-party grading services for coins, tokens, and medals, with more than 46 million collectibles certified. Founded in 1987, NGC provides an accurate, consistent, and impartial assessment of authenticity and grade. Every coin that NGC certifies is backed by the comprehensive NGC Guarantee of authenticity and grade, which gives buyers greater confidence. This results in higher prices realized and greater liquidity for NGC-certified coins. To learn more, visit NGCcoin.com.