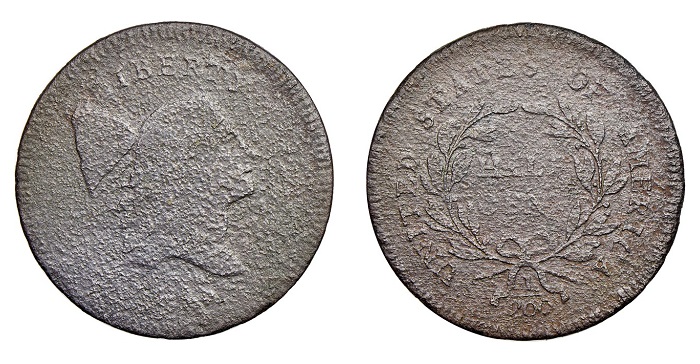 Numismatic Guaranty Corporation (NGC) has identified a new variety of 1795 half cent. It is the first example of this obverse and reverse pairing known with a lettered edge; all other examples have a plain edge.

The worn and corroded 1795 half cent was recently submitted to NGC for certification and attribution under NGC’s VarietyPlus service. Until now, the only 1795 half cents found with their edges lettered with TWO HUNDRED FOR A DOLLAR have been varieties C-1 and C-2a, the issues struck prior to the half cent’s December 1795 weight reduction from 104 to 84 grains. This coin is not of either variety. 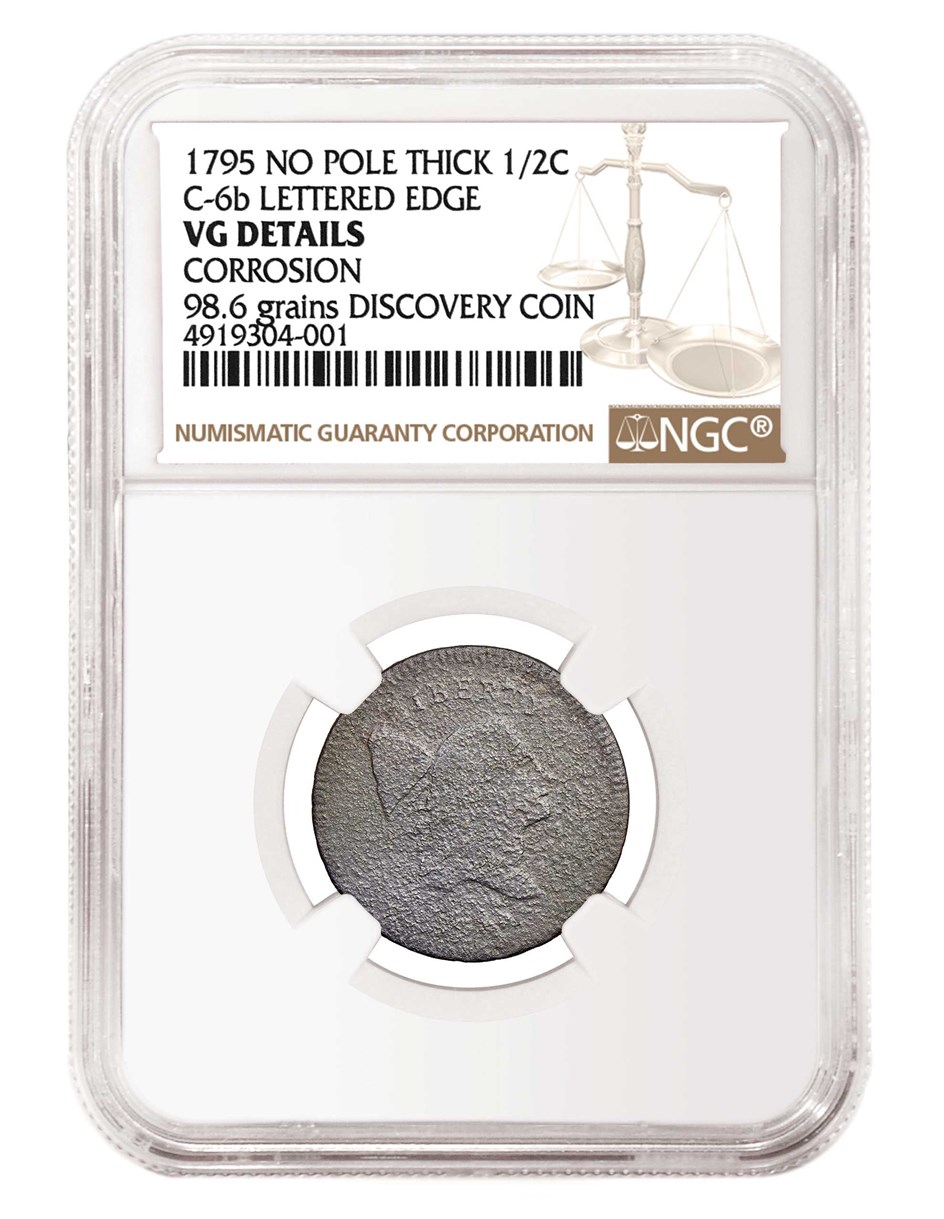 Despite having an unreadable date, the coin was easily attributed as die marriage C-6 (under the numbering system established by numismatist Roger S. Cohen Jr. in his book American Half Cents). Its obverse features the distinctive “No Pole” portrait on which the staff supporting Liberty’s cap was polished off of the die. This obverse is shared with the C-5 die marriage, but the details of the reverse die are clear enough to establish that it is, in fact, a C-6. 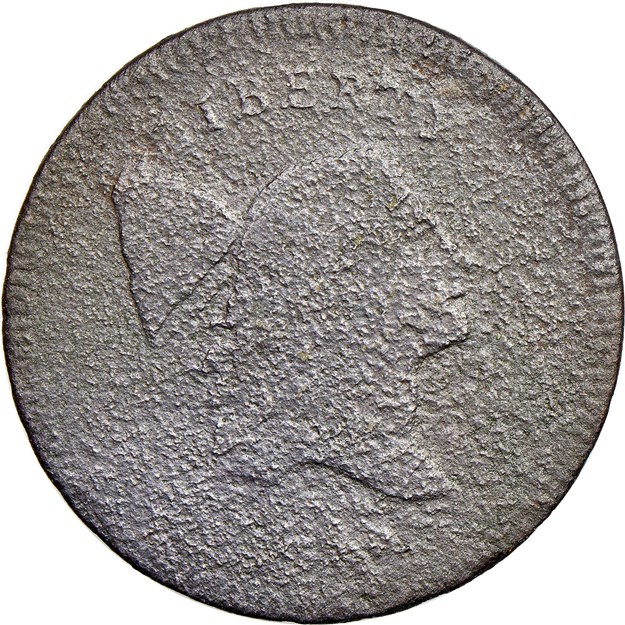 The weights of actual specimens of C-6 vary from 100 to 124 grains for the “thick planchets” and 76 to 93 grains for the “thin planchets.” This irregularity stems not from the authorized weight reduction, but rather is due to the fact that many C-6 half cents were coined on planchets formed by the U.S. Mint from cut-down cent-sized tokens made for the firm of Talbot, Allum & Lee. These were purchased by the Mint for the purpose of recycling them as half cents planchets when such were in short supply. The present specimen shows no evidence of an undertype, which is what would be expected of a planchet having the Mint’s own edge lettering. All lettered edge half cents were struck on planchets fabricated by the Mint.


While this coin’s weight of 98.6 grains doesn’t fit perfectly into the range of thick or thin planchets, it’s a known fact that edge lettering was applied only to coins made prior to the weight reduction of December 1795. Thus, the final determination is that the new specimen is C-6b, the sub-variety described as having a thick planchet. Though the established lettered edge varieties C-1 and C-2a display the Large Letters style, the discovery coin features the Small Letters found on some 1794 half cents. 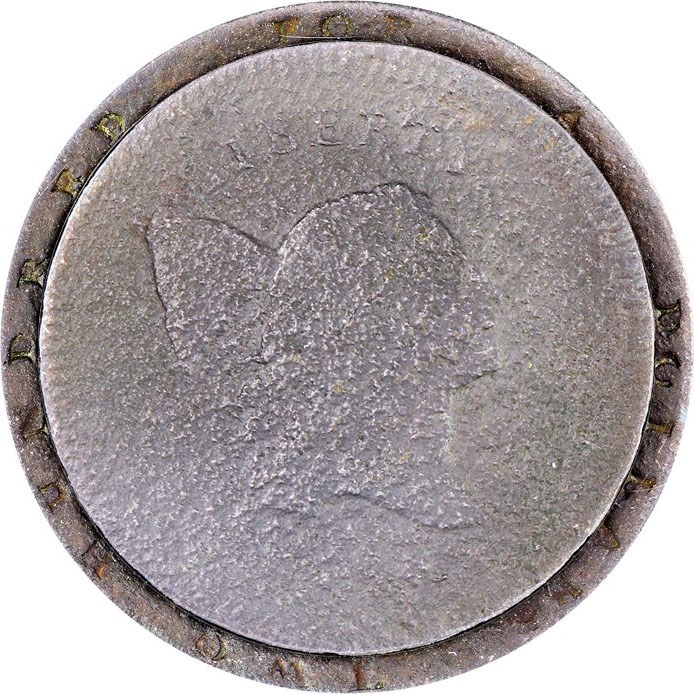 NGC’s Research Director and Variety Attributor David W. Lange was pleasantly surprised upon examining this half cent and reached the same conclusion as the submitter:

Half cents have been collected and studied diligently for 150-plus years, and it’s truly remarkable when something new surfaces. As an R-6 (13-30 known) variety, C-6b is a very desirable half cent variety in any grade, and this newly discovered lettered edge example will be of particular interest to a specialist.

A new entry has been added to NGC’s VarietyPlus service for 1795 No Pole Thick C-6b Lettered Edge. VarietyPlus attributes all half cents by Cohen numbers (abbreviated by a ‘C’ on the NGC certification label) along with thousands of other U.S. and world coin varieties. The fee is $15 in addition to the grading tier fee. To explore varieties, visit the website of NGC.