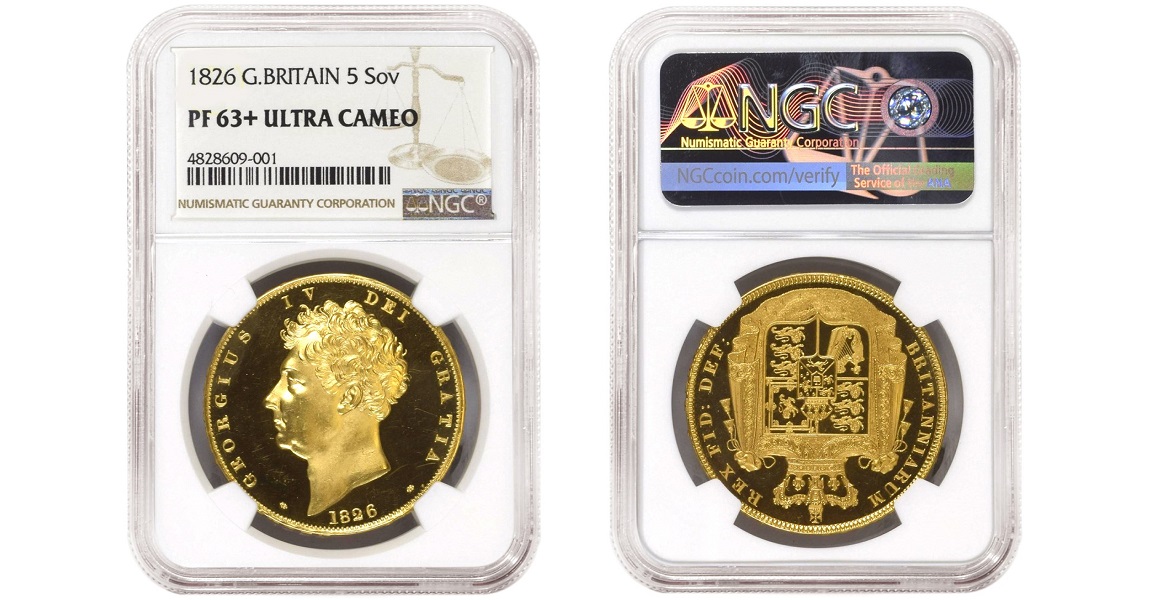 Baldwin’s of St. James’s is presenting an auction at the January 2020 event.

More than a century older is an England 1705 gold five-guinea graded NGC AU-55 that has an estimate of $85,000. The obverse has a portrait of Queen Anne, who ruled from 1702 to 1714. The reverse shows four cruciform shields radiating from the center, each with a crown at the top and scepters in between.

With an estimate of $70,000, a Great Britain 1820 two-pound Pattern graded NGC PF-64 Ultra Cameo has George III on the obverse and St. George and the dragon on the reverse.

Other significant NGC-certified British coins offered by Baldwin’s of St. James’s include:

All estimates are by provided by the auction house and stated in USD.