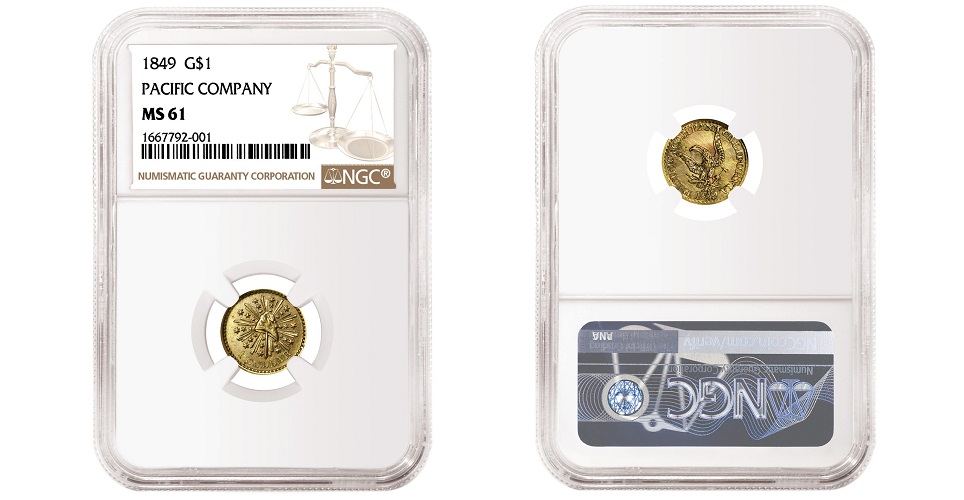 The rarity from the California Gold Rush was struck with dies created by a short-lived San Francisco company.

An 1849 Pacific Company gold $1 that Numismatic Guaranty Corporation (NGC) graded NGC MS-61 realized $264,000 at the Stack’s Bowers ANA Rarities Night auction on August 15 in Chicago. The coin is the finest of only three known examples.

The Pacific Company was a private firm that dissolved before the first coins were even struck. The company’s dies came into the possession of another private firm, which used them to produce coins that were later discovered to have been made of low-purity gold. Consequently, they were rejected in commerce at their face value and most were melted down.

Another NGC-certified rarity that sold for six figures at the Chicago ANA Stack’s Bowers auction was an 1889-CC Morgan dollar graded NGC MS-65. The coin realized $180,000.

Among the other NGC-certified coins of note at the Chicago sale were: