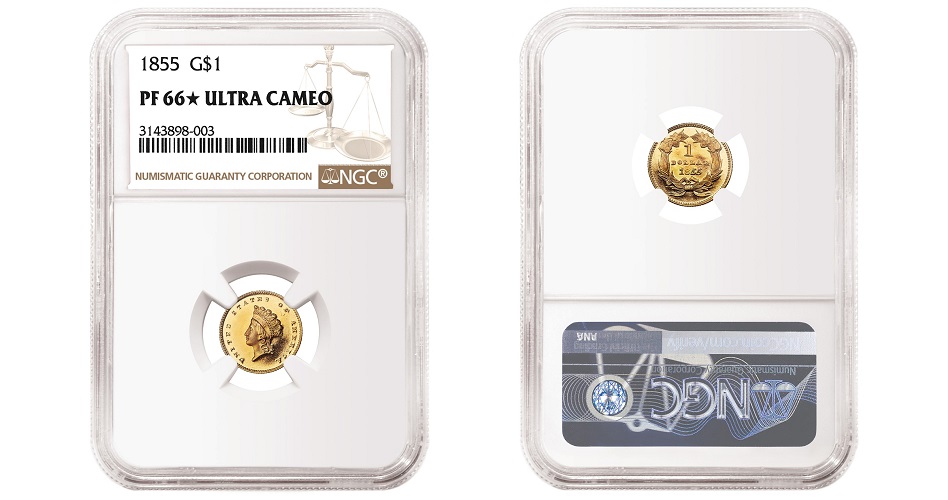 An 1855 gold dollar and a Congressional Gold Medal from the 1860s are expected to excel in a field of outstanding coins.

An 1855 gold dollar graded NGC PF-66★ Ultra Cameo is the finest of only seven known examples of the Proof Type Two gold dollar, which was produced only in 1854 through 1856.

Larger in diameter and thinner than the Type One gold dollar (minted from 1849 to 1854), the Type Two version almost never struck well, and even Uncirculated examples show blurry detail in certain areas. In circulation, the design and information quickly wore to illegibility.

Paradoxically, the very issues that made the Type Two gold dollar a difficult coin when it was produced make it highly sought after today. Indeed, among 19th-century Proof gold coins, few are rarer or more desirable than a well-struck Type Two gold dollar with a high grade like this one.

A much larger gold piece from the mid-19th century is an (1868) Julian PE-10 gold 102-millimeter Cyrus Field Congressional Medal containing nearly 25 troy ounces of gold. This medal was struck in honor of Cyrus West Field, the American businessman who spearheaded the first transatlantic cable. Its impressive size requires the NGC Oversize Holder. 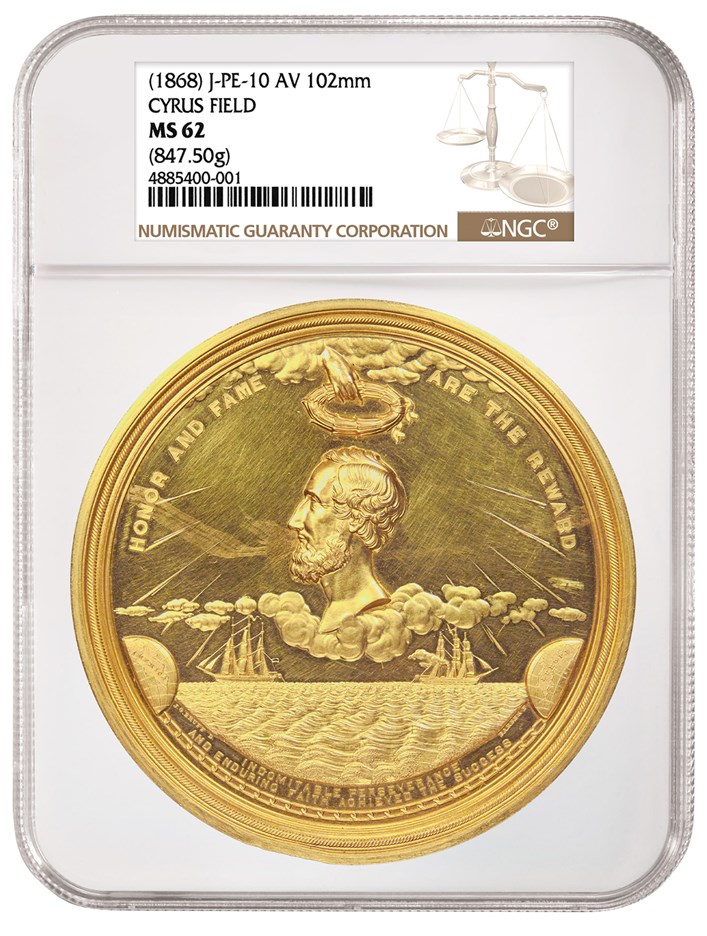 Other exciting NGC-certified coins featured in the sale include:

For more information, and to bid online, click here.