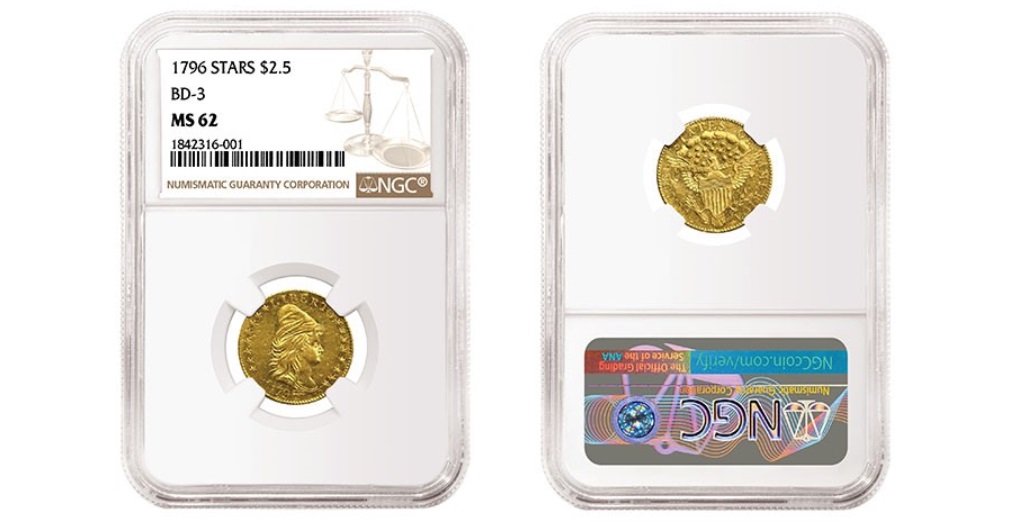 High-grade rarities are expected to draw spirited bidding in the August auction.

Two very rare gold coins certified by Numismatic Guaranty Corporation (NGC) that were struck in the early years of the U.S. Mint are at center stage in a Stack’s Bowers sale. Online bidding is now open for the coins in the August 2020 Session 2 — Rarities Night sale, with the auction ending August 6, 2020.

A 1796 Stars on Obverse $2.50 graded NGC MS-62 hails from the first year of the quarter eagle. Only a few hundred were struck, first without stars on the obverse and then with the stars, which were already on the obverses of the larger half eagle and eagle denominations that had gone into circulation the previous year.

The quarter eagle struggled to find an audience in its early years, overshadowed by the more-practical larger denominations of gold. Its diameter is slightly narrower than a modern-day nickel. Price guides suggest a value of this particular coin well into the six figures.

Another delightful example of early U.S. coinage is also part of the sale: a 1797 small eagle $10 graded NGC MS-62. In its day, the design of the small eagle on the reverse of these $10 coins was criticized as scrawny looking, and it was quickly phased out for a more impressive, heraldic eagle design. 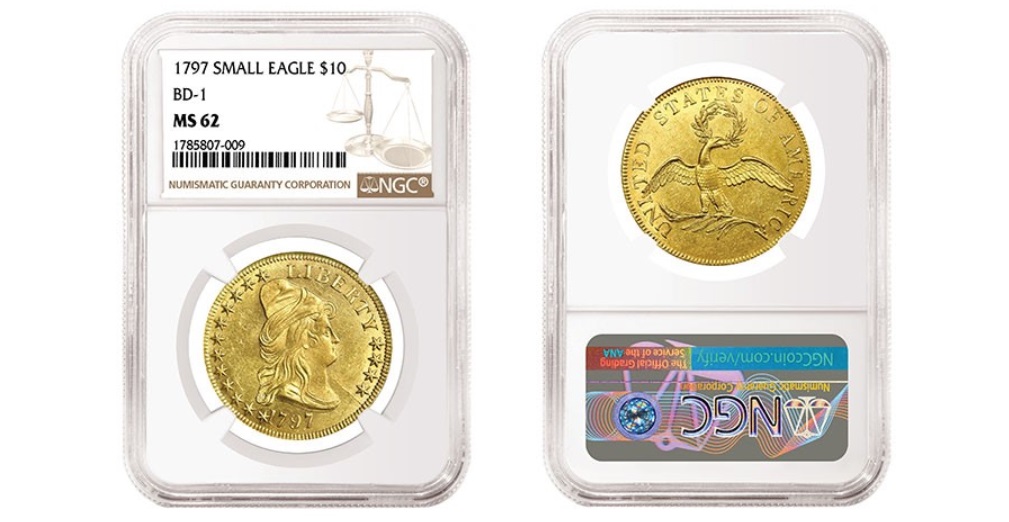 The NGC Census records only one finer example of this coin, and price guides suggest this coin will also likely sell for well into the six figures.

Meanwhile, from over a century later, a 1915-S Panama-Pacific round $50 graded NGC MS-65 should also draw spirited bidding. These commemorative $50 gold coins were struck in both round and octagonal versions, and collectors at the time favored the unusual octagonal shape. As a result, fewer of the round ones sold, and they are rarer today. This particular example is in the top tier grade-wise.