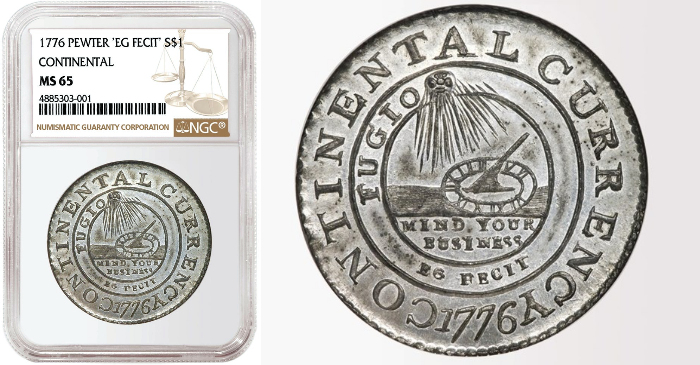 Heritage Auctions is offering the high-grade rarity in October 17-19 event.

A 1776 Continental dollar graded NGC MS-65 is among the coins certified by Numismatic Guaranty Corporation (NGC) that are expected to draw high bids at an October 2019 sale presented in Dallas by Heritage Auctions, the collectibles auction powerhouse. Two weeks before the sale, bidding on the 235-year-old coin has already surpassed $100,000. Continental dollars bear the date 1776, the year in which the Continental Congress declared independence for the 13 Colonies. The names of the colonies appear on a series of rings on the reverse, surrounding AMERICAN CONGRESS and WE ARE ONE at the center. 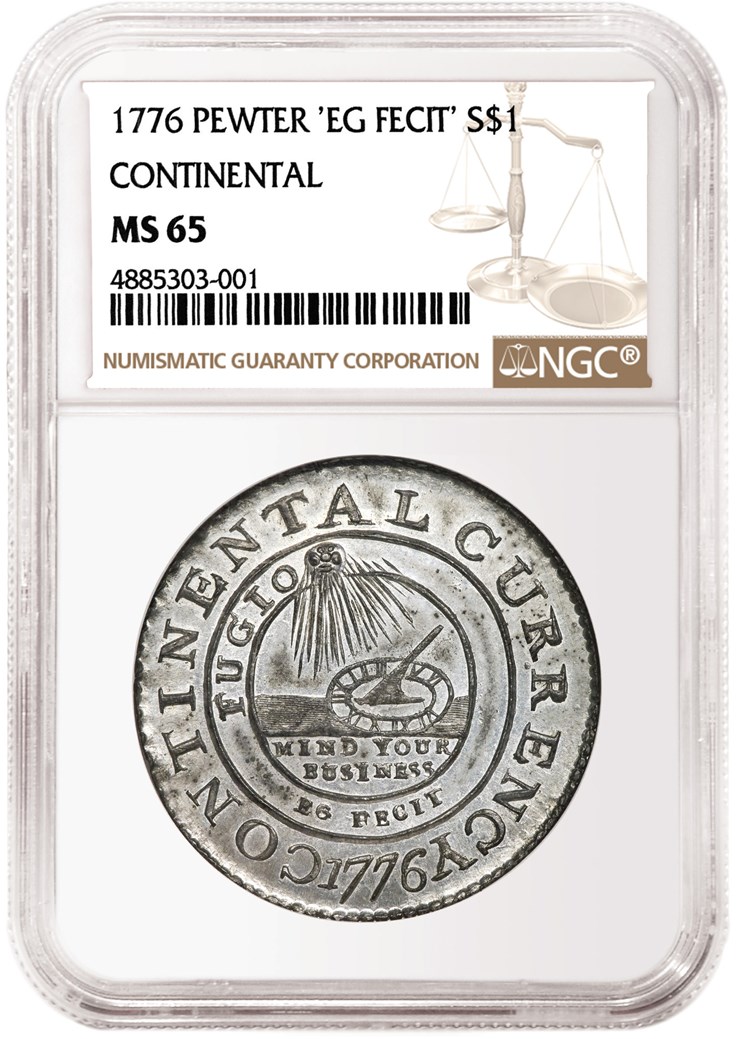 Although numismatic researchers agree these rare coins were minted in the late 18th century, who minted them, where, and why are questions still being debated. No official records ordering them are known to exist. 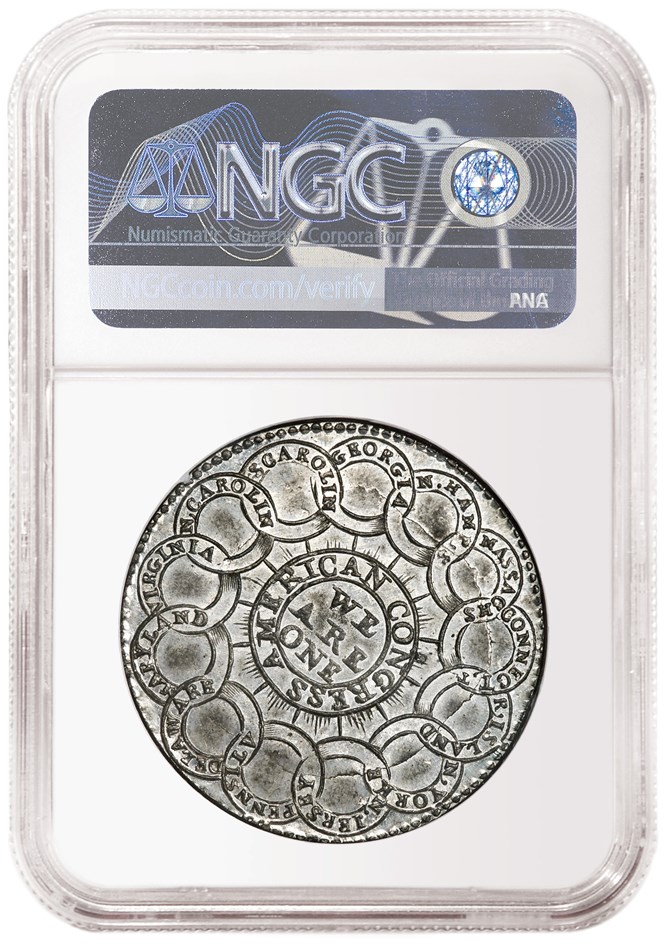 The names of the colonies appear on a series of rings on the reverse, surrounding AMERICAN CONGRESS and WE ARE ONE at the center.

This particular specimen is made of pewter and is attributed as the Newman 3-D variety. Its obverse has the CURRENCY spelling and the legend EG FECIT (meaning “E.G. made it”) below the sundial.

Other particularly notable NGC-certified coins offered in the Dallas Heritage auction include:

For more information and to bid, visit the Heritage Auctions website.