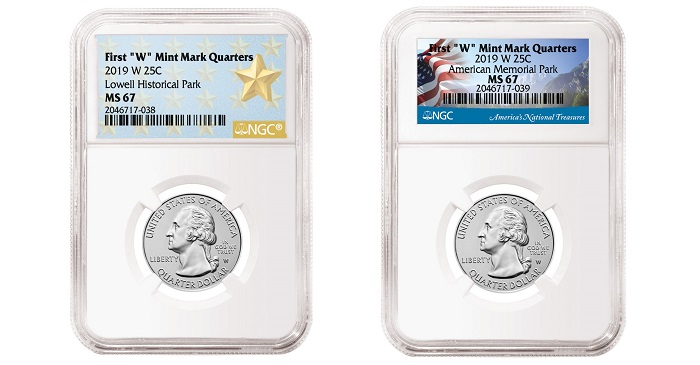 A special NGC attribution and label are among the ways coin collectors can recognize these historic U.S. Mint releases. Special submission instructions must be followed. See the “Submission Instructions” section of this article.

The U.S. Mint has announced that limited mintage 2019-W quarters are being released directly into circulation starting in April 2019. These are the first quarters to feature the “W” mint mark of the West Point Mint and have a total mintage of just two million per design. 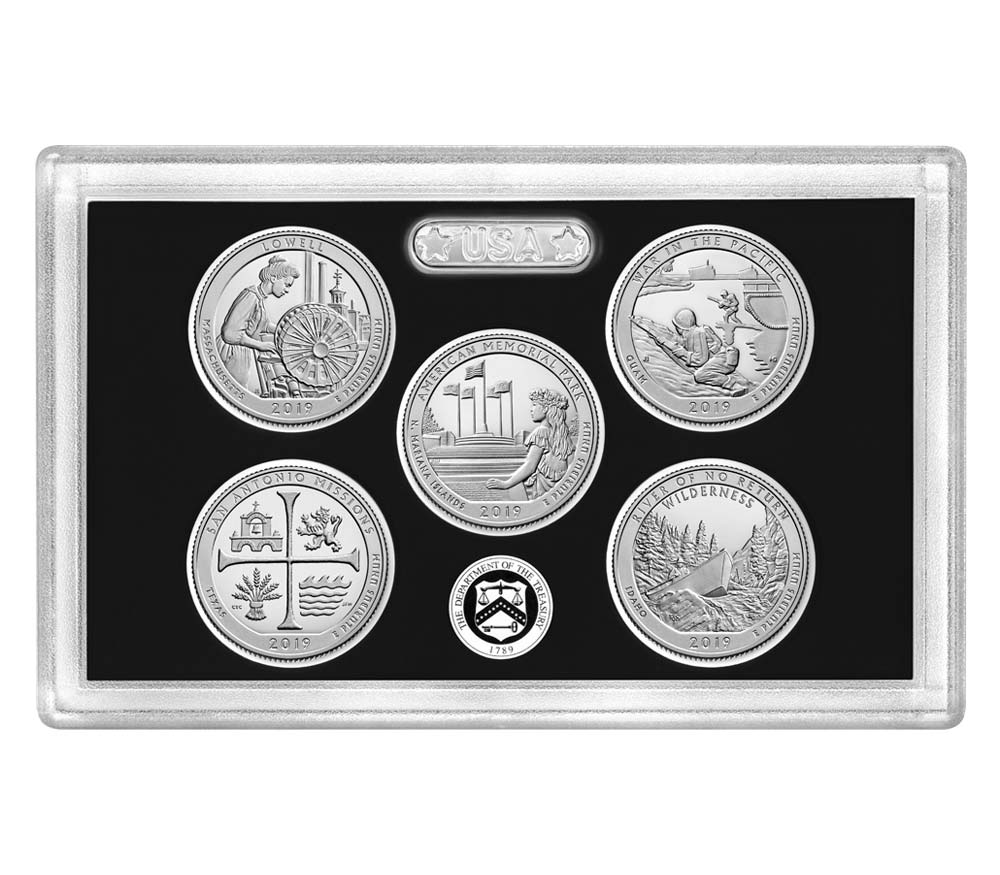 The America the Beautiful Quarters program began in 2010, celebrating one national park or other federal landmarks in each state or U.S. territory. Five designs are released each year, with a “P” mint mark (if struck in Philadelphia), a “D” mint mark (if struck in Denver), or an “S” mint mark (if struck in San Francisco). 2019-W quarters will be made for Massachusetts (Lowell National Historical Park), Northern Mariana Islands (American Memorial Park), Guam (War in the Pacific National Historical Park), Texas (San Antonio Missions National Historical Park) and Idaho (French Church River of No Return Wilderness). NGC is celebrating them with a special attribution of First “W” Mint Mark Quarters, as well as NGC’s West Point Mint Gold Star Label, both of which are provided for no additional fee. (Scroll below to see detailed submission instructions.)

Today, the U.S. Mint branch in West Point, New York, is best known for minting commemorative and bullion coins in precious metals including silver, gold, platinum, and palladium. However, before it was elevated to a branch mint in 1988, the West Point facility at times produced cents and quarters with no mint mark. They are indistinguishable from the Philadelphia issues.

The U.S. Mint is striking a total of 10 million 2019-W quarters and is mixing them in with bulk bags of quarters at the mints in Philadelphia and Denver. What are the odds of finding one in circulation? In 2018, more than 1.8 billion America the Beautiful quarters were minted. If mintages are similar this year, then odds are that about 1 in every 180 quarters in circulation with a 2019 date will have the “W” mint mark. Of course, as coin collectors remove them from circulation, they will be harder to find in pocket change.

The 2019-W quarters follow the well-received release just a few weeks earlier of the first cent to feature the “W” mint mark.

Contact Scott Heller at 941-360-3990 or  or Miles Standish at  or 949-922-0515 for bulk submissions. Special labels are available for bulk submitters for each America the Beautiful quarter design.