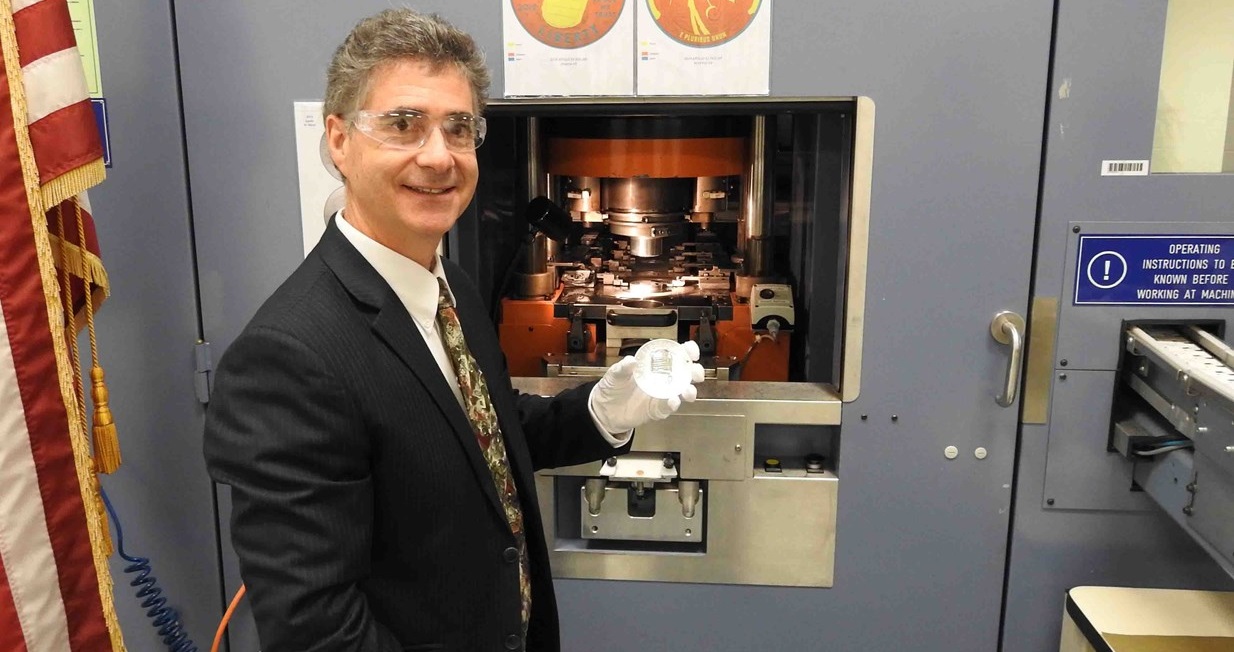 NCS President and NGC Finalizer David J. Camire displays a 2019 Apollo 11 five-ounce silver dollar that he struck at the event. Hover to zoom.

The coins will be released in January to celebrate the 50th anniversary of the moon landing.

David J. Camire, NCS president and NGC finalizer, was among the dignitaries to attend the “First Strike” ceremony for the 2019 Apollo 11 commemorative coins. The ceremony was held at the U.S. Mint in Philadelphia on December 13, 2018. The obverse of the Apollo 11 coin.

The coins are being released January 24, 2019, as the 50th anniversary of the historic Apollo 11 moon landing mission approaches. All coins in the new program will be curved — that is, domed on one side and bowl-shaped on the other. This is only the second time that the U.S. Mint has made curved coins; the first was in 2014 for the National Baseball Hall of Fame commemoratives. 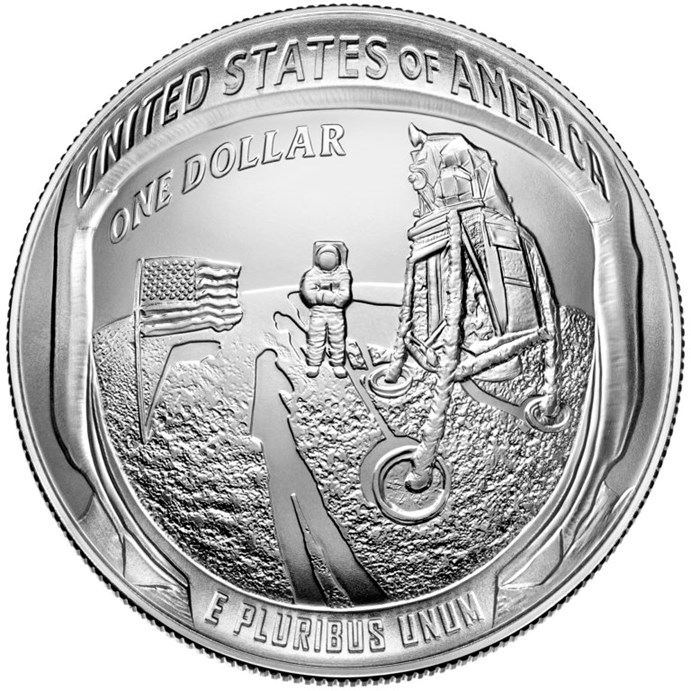 The reverse of the Apollo 11 coin.

All coins feature the same design. The obverse, which is concave, features the iconic image of Buzz Aldrin’s footprint on the lunar surface. Also included are the names of the NASA programs that led to the moon landing: Mercury, Gemini, and Apollo. The reverse is a re-creation of an iconic photograph showing Neil Armstrong, the Apollo 11 lander, and the U.S. flag — all reflected in the visor of Buzz Aldrin’s helmet.

Click the video below to see one of the Apollo 11 coins being struck.

Here are additional photos from the First Strike event: 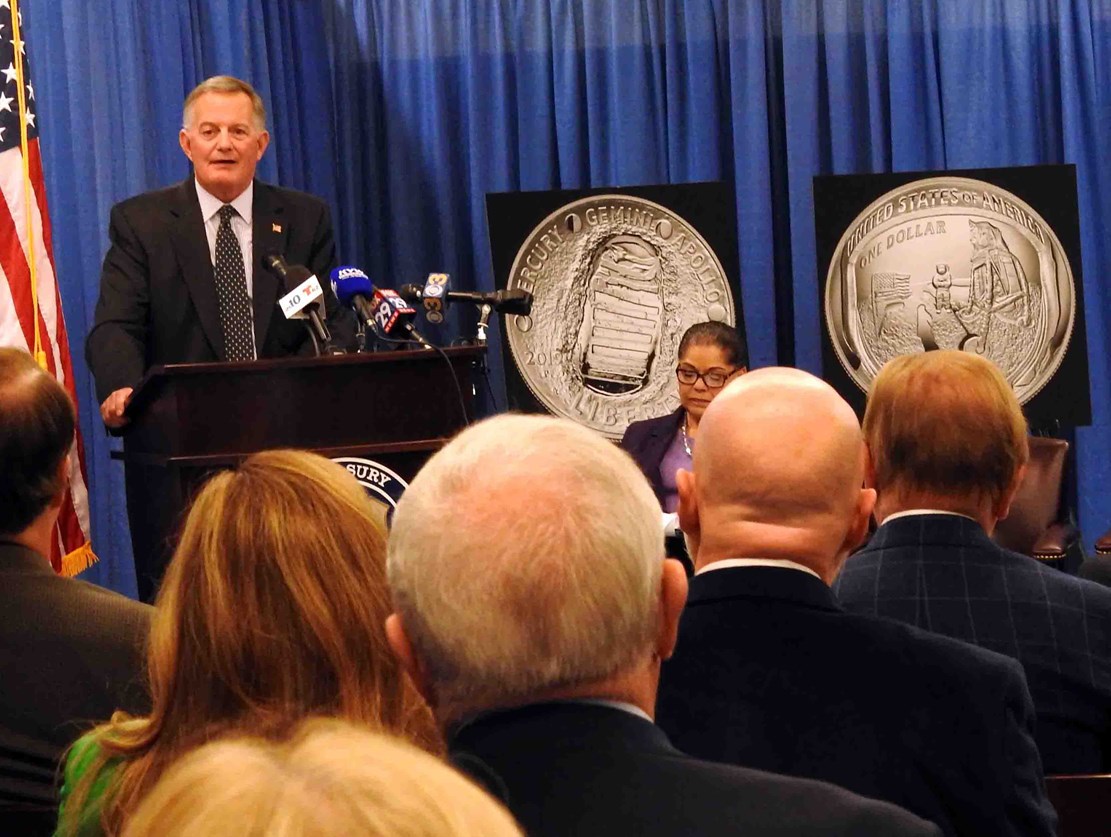 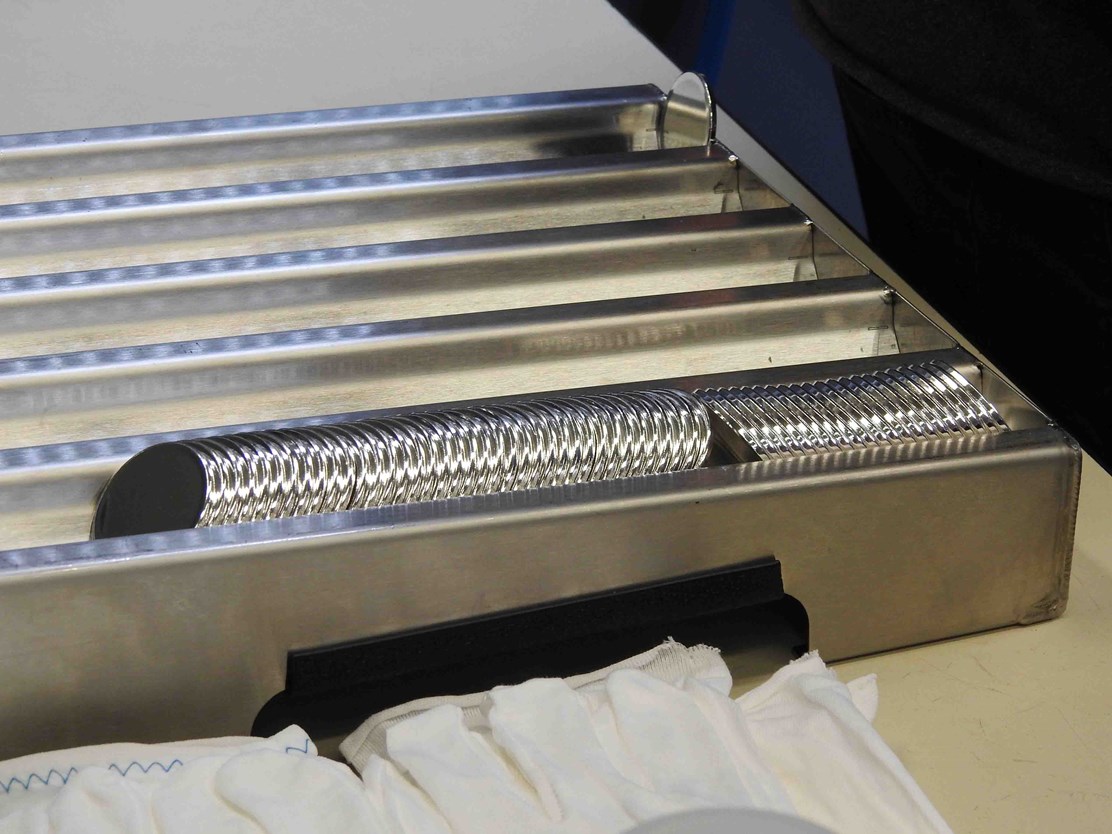 A row of silver dollar planchets ready for striking. 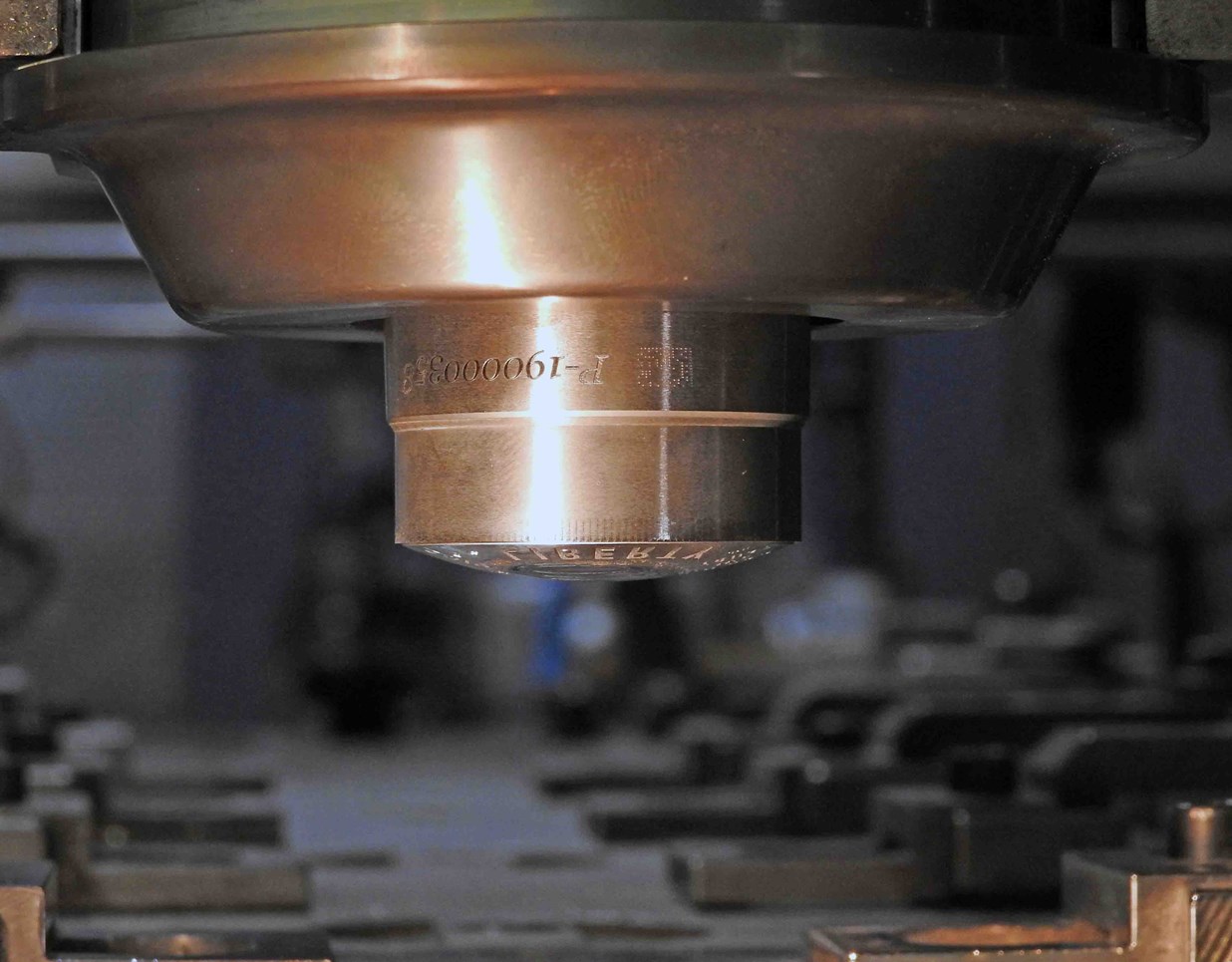 The domed surface of the obverse die is apparent in this close-up. 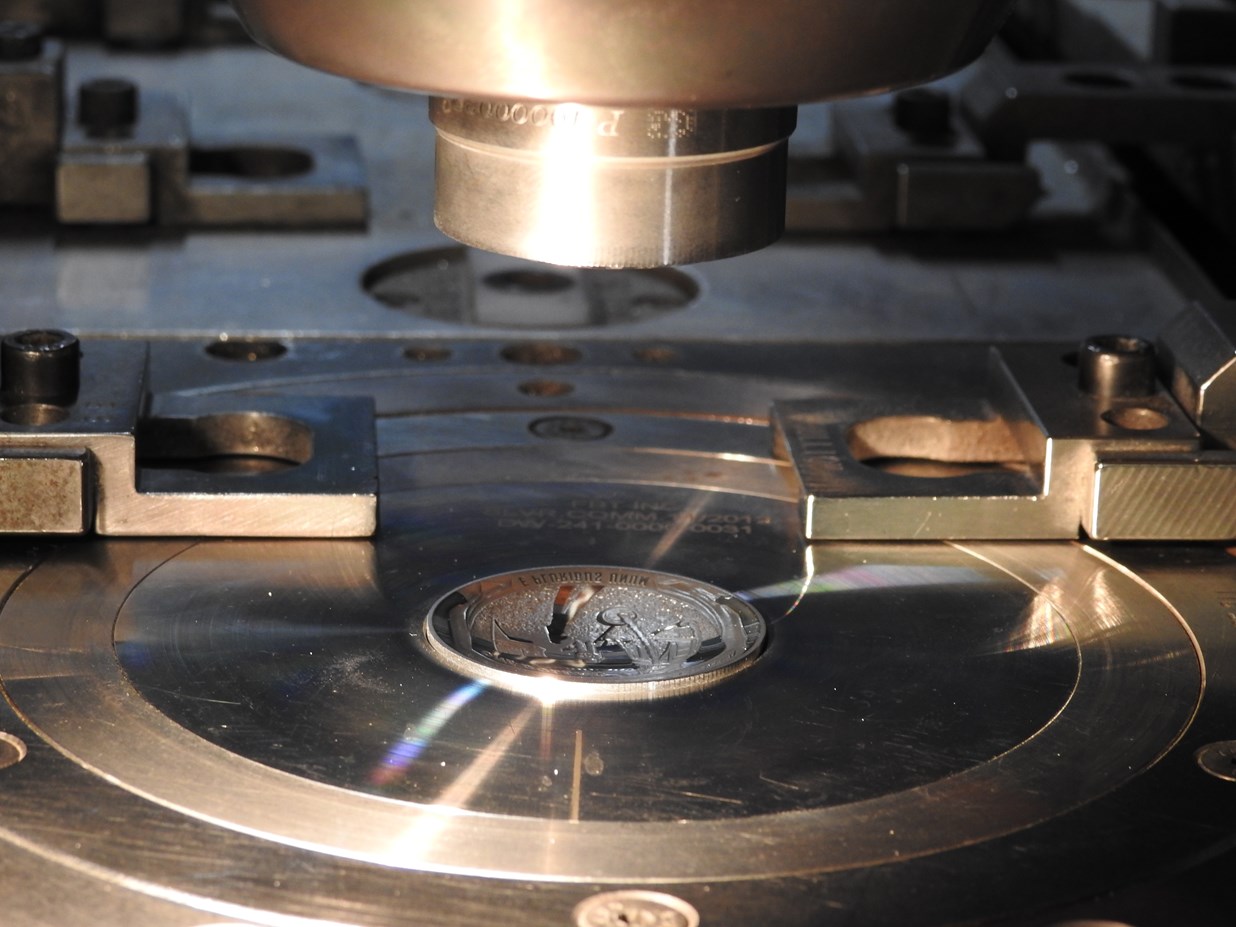 A view of the reverse die (bottom) with obverse die above.