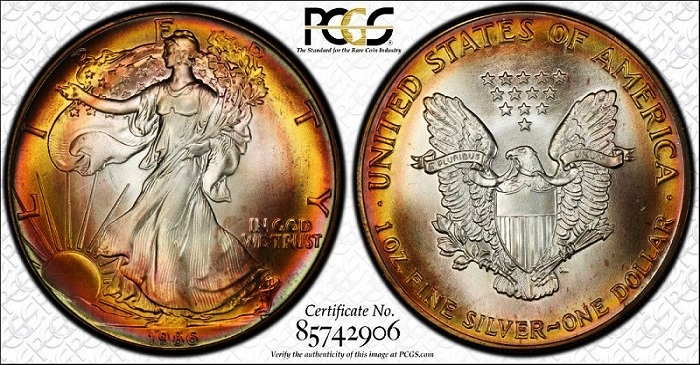 That’s OK. Someone got a great coin. I should know, because it was mine, consigned to Great Toning on eBay, where many buyers look for rainbow lots.

You have seen this coin, too, if you are a regular reader of my Coin Update posts. It was featured in the August 15, 2017, article titled “Crossover Crack-outs at NGC.” That post focused on three coins—the 1986 American Silver Eagle and two others from the National Numismatic Certification and Hannes Tulving.

Here’s the coin in its original PCI holder as it appeared in a Proxibid auction. 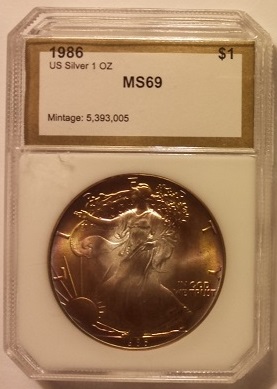 Here’s how it came back from NGC. 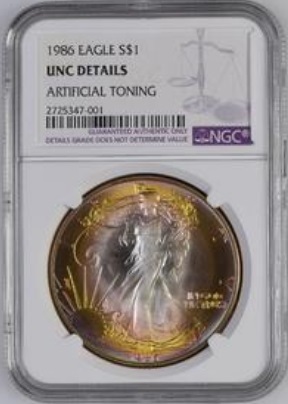 In that August 15 article I wrote, in part:

Concerning the PCI Silver Eagle, I doubted NGC would grade the coin. I have questioned NGC repeatedly over the years for ceasing crossovers from coins in all holders apart from PCGS, primarily because it is too easy to state that toned coins are artificial. PCI coins are noted for the intense rainbows in coins that often bear the label “100% white” when the coins show spectacular rainbows. See this post about PCI toned coins.

AND THEN I WROTE:

In a month or so, you also will read about what happened to that 1986 PCI coin above, dubbed “artificial toning,” because I have submitted it raw to PCGS and predict that this company will slab it at MS-68. 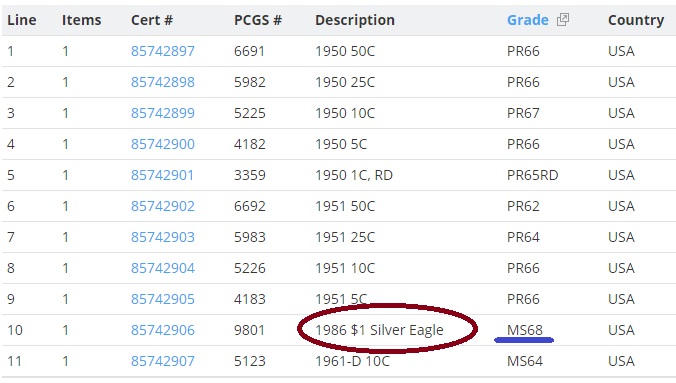 I have voiced my disappointment many times with NGC’s crossover policy. On January 1, 2011, NGC changed the policy so that only PCGS-holdered coins were eligible for crossover. The company purportedly did this because customers were often disappointed in the lower grades that they received when submitting coins in other holders, including ANACS and ICG. You can read about it in this Coin Update post.


My point here is that natural toning happens, especially in PCI holders, and NGC is too quick to state “artificial” on American Silver Eagles. Had the coin been submitted in a PCI holder with 100% white on the label, I wonder how NGC would have graded it.

PCGS uses the term “Questionable Toning” because, in reality, some toning is difficult to detect. But the more you see PCI coins, the more you can recognize the patterns.

Here is one that I just won on eBay: 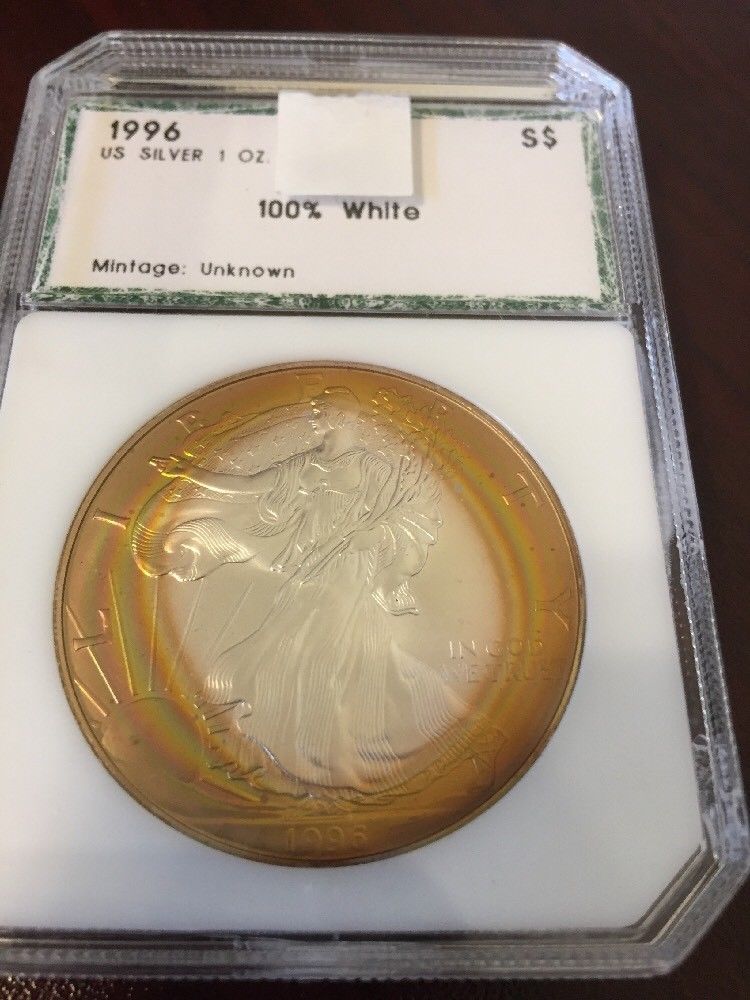 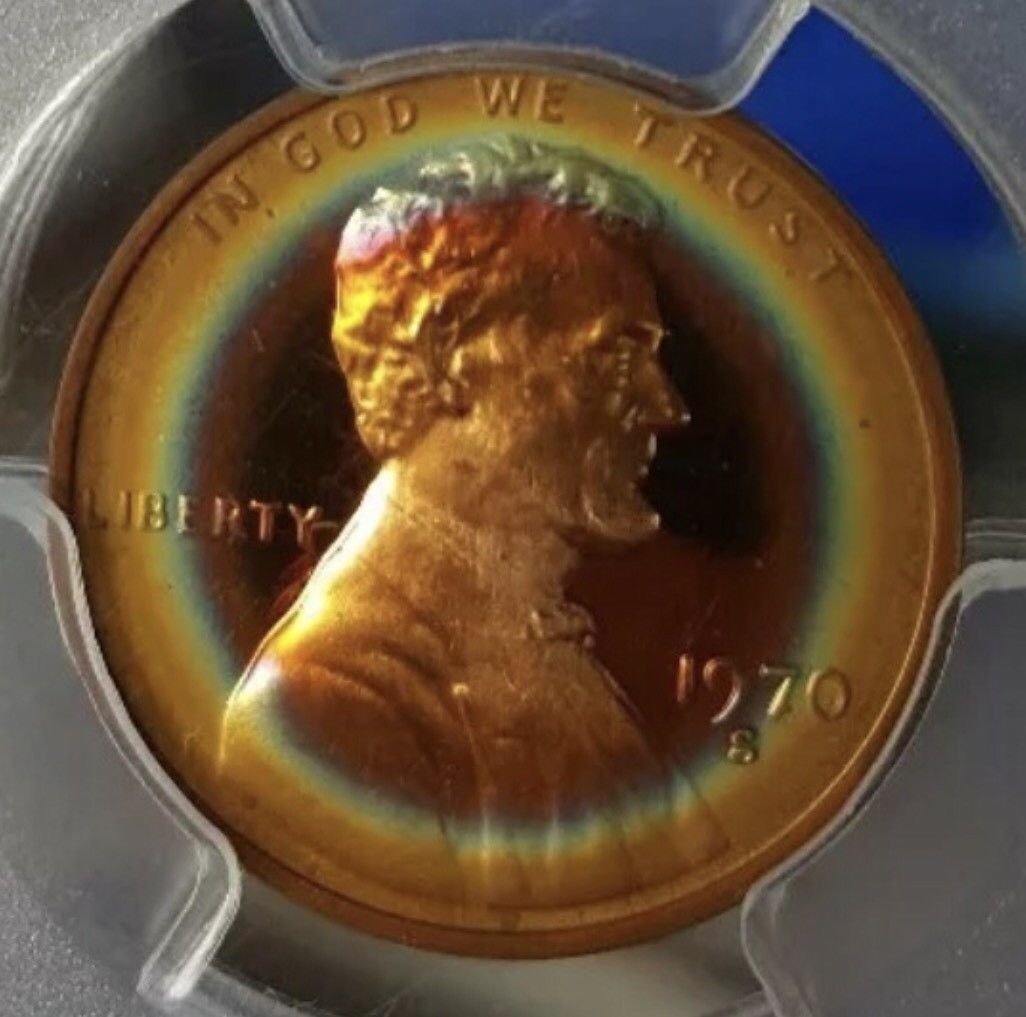 The ability to discern in advance how a holdering company will assign a grade—in this case NGC Artificial Toning, and then PCGS MS-68—comes with practice. I’ll share those tips here, as I have done now for more than seven years.

What are your experiences with toned coins, including American Silver Eagles, and slabbing at ANACS, ICG, NGC and PCGS?