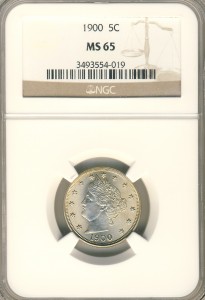 A successful coin collector is a well-informed one, and thanks to the web, collectors today have access to more and better information about coins than at any previous time.

Numismatic Guarantee Corporation (NGC), an industry leader in coin grading based in Florida, and Park Avenue Numismatics, a high-end numismatic dealer with offices in Florida, Texas, Louisiana, and New York, have just launched free online reference sources to aid collectors and dealers of American coins. Park Avenue says it has bought and sold over three-quarters of a billion dollars of coins since its founding in 1988.  NGC has graded billions of dollars worth of coins.

On August 16 NGC (http://www.ngccoin.com) announced the launch of its Coin Explorer (http://www.ngccoin.com/NGCCoinExplorer/default.aspx), a new online reference source, which brings together a wide range of information on over 30,000 U.S. coins, including colonial, patterns, and territorial issues. Although it is possible to piece together a lot of this information from different sources, having it all in one place and available 24/7 and for free, is very useful.  This should help disseminate this information to a wide audience.

The information on NGC’s Coin Explorer includes: images of the coin, the designer, weight, melt value and coin value, mintage, census data on certified coins, varieties, registry scores and competitive registry sets, and links to relevant NGC newsletter articles. In addition, it is possible to see how the NGC price guide value of a coin has changed over time. Studying these price patterns can help a buyer to determine a good time to purchase a certain coin.

Remember that while rising metal prices in recent years have propelled many coin values ever higher, numismatic premiums have ebbed and flowed over the years. Many coins including some denominations of generic pre-1933 gold, common-date Morgan and Peace dollars, and some better-date coins peaked in the late 1980’s and have not returned to their previous highs.

Later NGC will add searchable auction data from Heritage and Stacks-Bowers, the two leading U.S. auction houses. In the past, obtaining auction data was a laborious process that require poring over old auction catalogs.  NGC plans to add other features in the future.

To have access to all the census data on Coin Explorer, one needs to be at least an associate member of NGC, which costs $39 per year.

I tested out this resource by checking a few coins and noticed that many coin images had not yet been added, but most of the other information is already available. It is already possible to see an image of the highest-graded registry set example of a particular coin.

“The beauty of the NGC Coin Explorer is that collectors and dealers will find everything they need to know about a particular US coin all in one place,” said NGC CEO Steve Eichenbaum.

NGC also recently launched an updated online price guide for world coins made since 1600 (http://www.ngccoin.com/poplookup/World-Coin-Price-Guide.aspx) which draws from the price data and information in the Krause Publications Standard Catalogs of World Coins.  That information has been published in hard copy format for years and more recently on CD-ROMs, and on its Numismaster (http://www.numismaster.com) web site.

The encyclopedia includes background and research on all U.S. coins except modern U.S. Mint bullion and collector issues. Although intended primarily for newer collectors, who are less familiar with the history of different U.S. coin series, this resource should also be useful to more experienced collectors as well. Most people specialize in one or a couple series, so they are not likely to be knowledgeable about every major U.S. coin series.  At the bottom of each section there is a link to the company’s inventory of coins in that particular series.

Mr. Green said that his company will be adding more online educational information and resources to its web site in the future, including video seminars on various coin topics.

Louis Golino is a long-time collector, numismatist, and numismatic writer. His articles have been published in Coin World, Numismatic News, and other publications. He also writes a regular column for www.CoinWeek.com about U.S. and world coins and has written widely about international politics for newspapers and web sites.