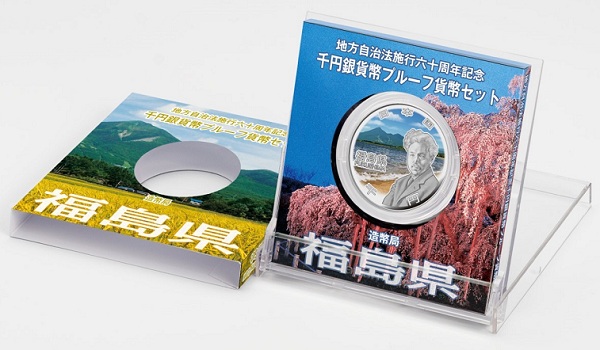 The Mint of Japan has unveiled the next-to-last issue in its successful series of silver and color “Prefecture” Proof coins, which plans to honor all 47 administrative districts in Japan by the time the final piece is issued later this year. The designs of these crown-sized coins highlight the landmarks, cultural objects, and natural beauty of each area, along with the personalities that have had a connection with the prefecture.

The 46th coin unveiled pays homage to the prefecture of Fukushima, which has been in the news internationally since March of 2011 after a devastating earthquake and tsunami hit the region. Featured on the coin is prominent Fukushima bacteriologist Hideyo Noguchi (1876 – 1928), who was engaged in bacteriological study at the Rockefeller Institute for Medical Research and is well-known for his work on yellow fever, syphilis, and other diseases. During his research on yellow fever in Accra, Ghana, he himself contracted the disease and died there at the age of 51. 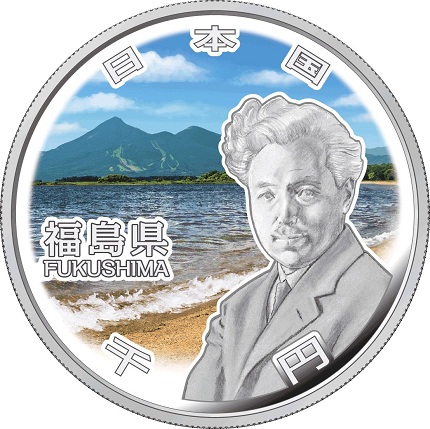 The coin’s obverse includes a portrait of Noguchi positioned to the right half of the coin. Mt. Bandai, or Bandaisan, located in Inawashiro Town, is depicted in the background toward the left side, along with Lake Inawashiro, or Inawashiroko. Mt. Bandai has been named one of the hundred most-famous mountains in Japan. Often referred to as Aizu Fuji or Aizu Bandaisan, the mountain is a landmark of Fukushima.

Lake Inawashiro is the fourth largest lake in Japan. Lying nearly in the center of the prefecture, it is one of Fukushima’s most famous landmarks. It was recognized as the lake with the best quality of water in Japan from 2002 to 2005. 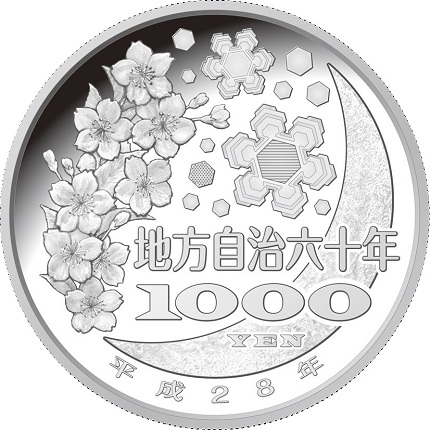 All 46 coins coins in the prefecture series share a common reverse that includes depictions of snow crystals, a moon, and cherry blossoms. Latent image technology is applied to the center of the largest snow crystal to show the numerals “47,” representing the number of prefectures in Japan, and “60,” which represents the 60th anniversary of enforcement of the Local Autonomy Law; the numerals appear alternately when viewed from different angles.

Dr. Noguchi’s portrait has also appeared on Japan’s 1000-yen banknote since 2004. The coin dedicated to Fukushima will be available in August; after that, the last coin in the series, featuring the prefecture of Tokyo, will be unveiled. The silver Proof coin is packaged in a CD-style case with a colorful outer sleeve and will be issued at the same time as a 500-yen bi-metallic circulation coin with the same design but no added color. For more information on this and other coins available from the Mint of Japan, please visit their Web site.