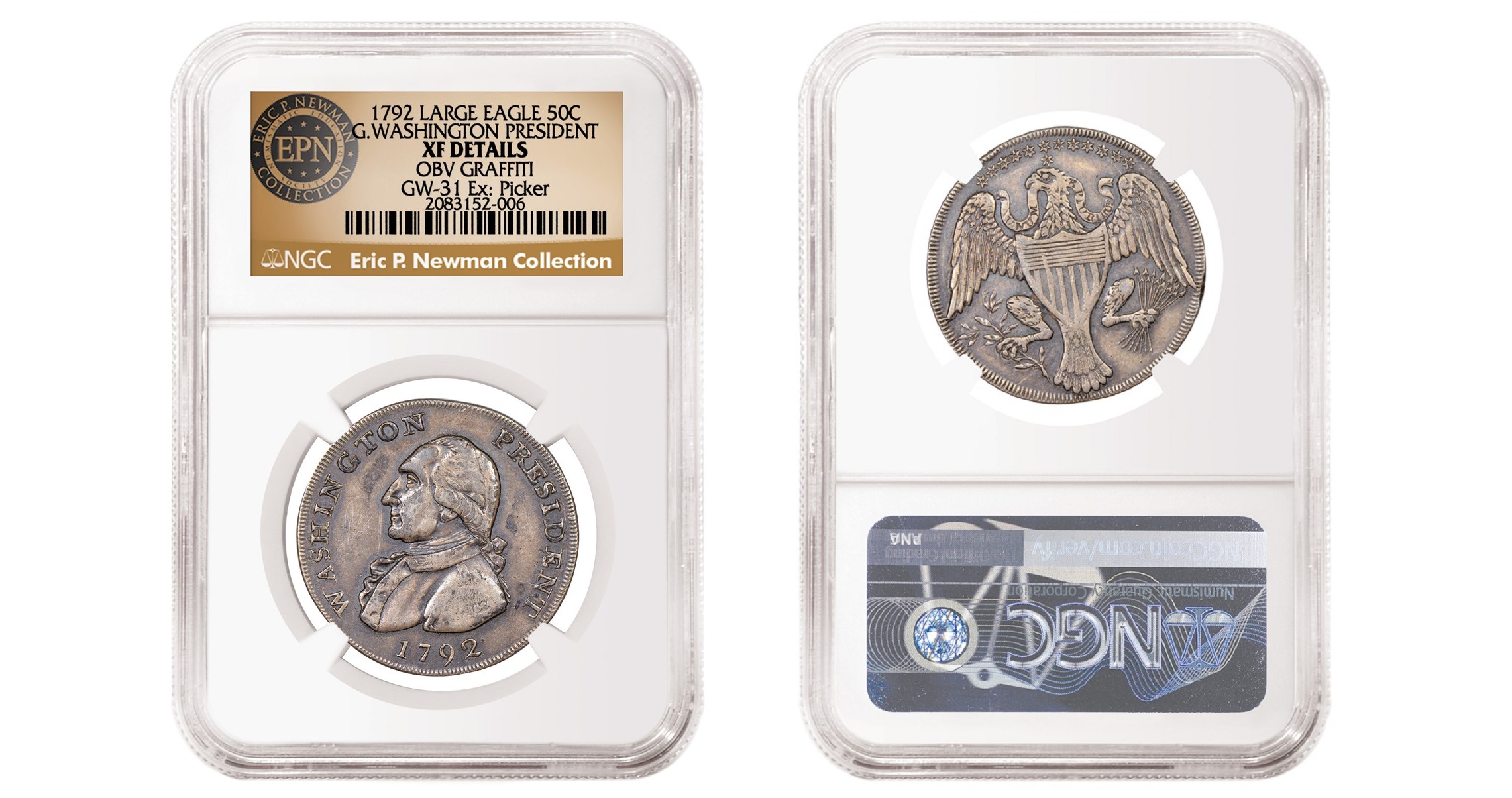 Two 1792 silver patterns were among the highlights of the Newman XI sale.

The Numismatic Guaranty Corporation (NGC), the third-party grading service that has certified all of Eric P. Newman’s coins, has announced that the total prices realized for NGC-certified Newman coins has topped $60 million. The milestone comes after the Newman Part XI sale by Heritage Auctions, November 7-10, 2018.

The top coin in the sale was a 1792 Washington President Pattern silver half dollar, graded EF Details. One of only five examples known, it realized $204,000.

Also noteworthy was the rare pewter Newman 1-B 1776 Continental dollar, graded AU-55, that realized $57,600. Newman, a gifted scholar, was particularly well known for his groundbreaking research on Continental dollars. He owned many examples, including an extremely rare silver “EG FECIT” variety. That coin sold in Newman Part IV for $1,410,000 after being graded MS-63.

NGC was chosen to certify more than 7,700 coins, tokens, and medals from Newman’s collection. The selections included coins from dozens of nations and spanned more than 1,000 years of history. A gallery of the vast collection can be viewed on NGC’s website.

Newman’s collection was built over more than 90 years by a man whom many consider to be the greatest numismatic researcher and writer of all time. Sadly, Newman passed away in 2017 at the age of 106.

In 2013, the first selections from the nonprofit Eric P. Newman Numismatic Education Society (EPNNES) were sold at auction. There have been a total of 11 auctions (seven coins and four paper money) along with a standalone sale of a unique 1792 Washington President Pattern gold eagle, graded EF-45★, that realized $1.74 million in August 2018. 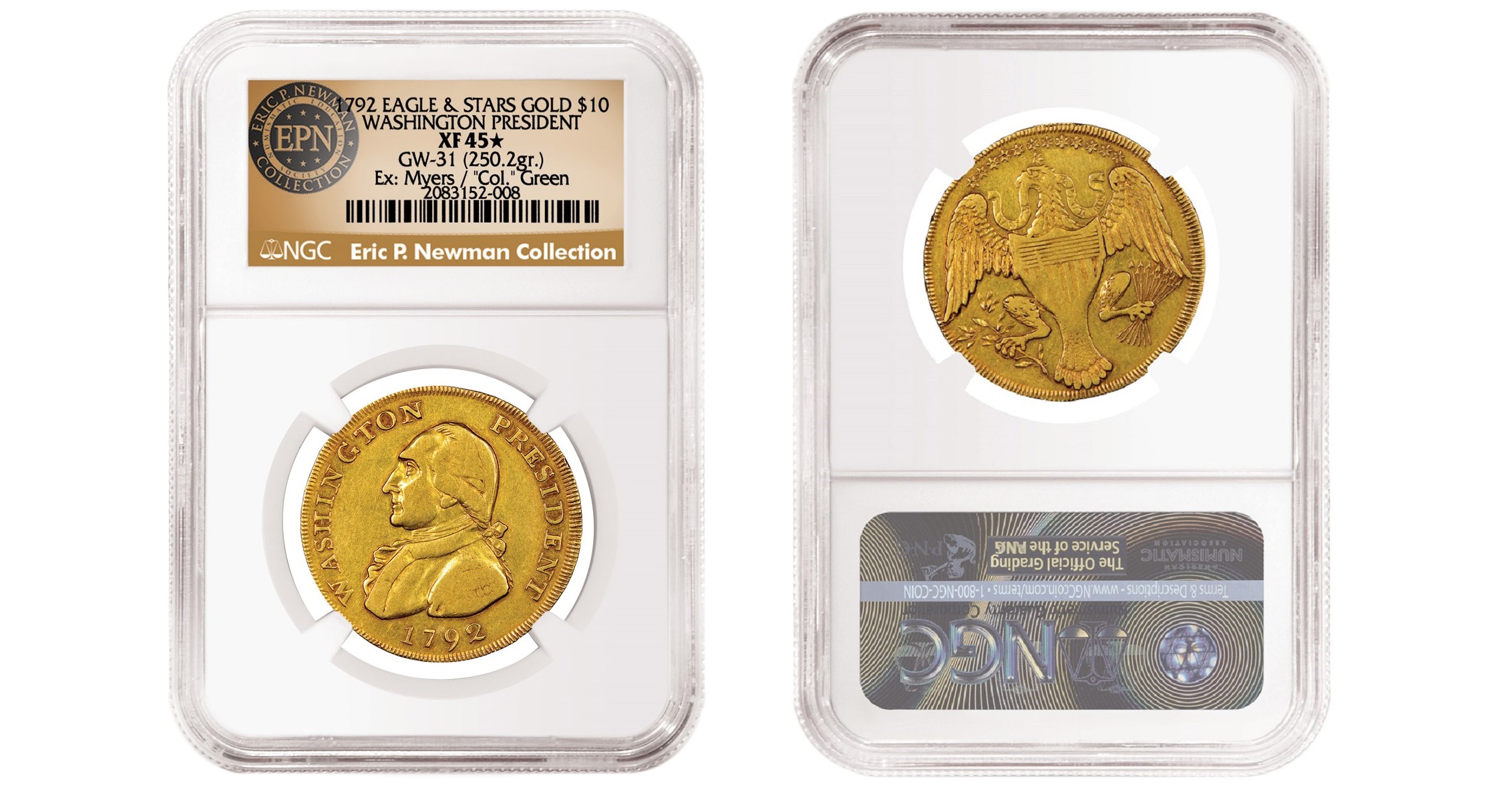 Prominent numismatists Stuart and Maureen Levine, who serve as advisers to EPNNES, said:

NGC certification was essential in bringing the renowned and sophisticated Newman Collection to market. NGC’s attributions and grades gave bidders greater comfort, which helped the coins realize their maximum potential.

Eric P. Newman assembled one of the most impressive coin collections over the course of his extraordinary life. NGC is extremely honored to have been selected to certify it prior to sale.

Newman’s intense interest in early American numismatics was reflected by the top results from the $60 million sales: