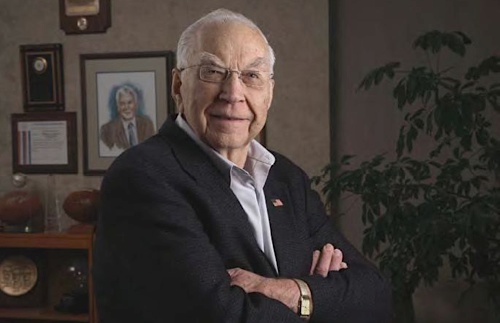 Another numismatic video has surfaced that has been posted on the Newman Numismatic Portal. In 2011, at the Whitman Expo in Baltimore, David Lisot interviewed Chet Krause. Chet had retired from his leadership at Krause Publications and talks about his new days with the daily grind of being in charge of the printing megalith he had created.

The entire interview is available on the Newman Numismatic Portal and can also be partially viewed below:

Chet talks about his retirement, how he spends his time, his accomplishments on the ANA Board, his travels, how he had a headache for two years, and much more.

An excerpt of the video is available for viewing on the Coin Television YouTube Channel here.