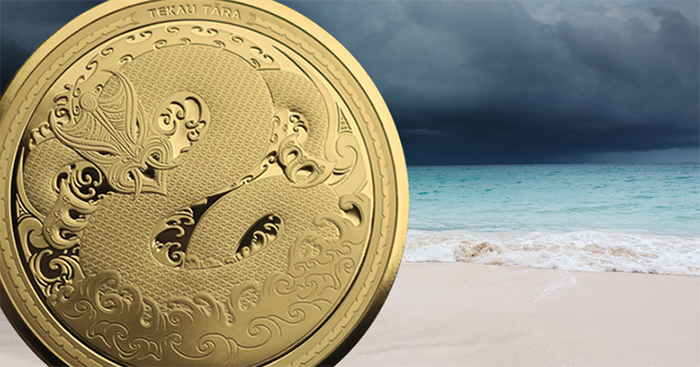 On December 19, the Reserve Bank of New Zealand launched a new set of coins with a mythical creature prevalent in Māori folklore—the mighty Taniwha. Akin to dragons or serpents in the tales of many parts of the world, the Taniwha are also supernatural creatures said to hide in the ocean, rivers, lakes, or caves. The evolving or ongoing element of the Taniwha myth is that, in some Māori stories, they eat and kill people or kidnap women; while in others, the Taniwha were actually a tribe’s guardians, and as such were offered gifts by people as they prayed or performed a karakia, or spell, to keep the Taniwha appeased.

The myth of the Taniwha prevails from a time when Polynesian peoples were brought to what is present-day New Zealand. As many Taniwha were associated with the sea, a large number were said to have arrived with the voyaging canoes that brought the Polynesian ancestors of the Māori people to Aotearoa (New Zealand). They were also seen as protectors during these voyages.

Kupe—who is remembered in folklore as a great navigator, reputed to have discovered New Zealand while traveling in the Matawhaorua canoe—is part of that lore, which attributes a Taniwha who accompanied and protected him on this auspicious voyage of discovery. The story goes that Kupe placed one of his guardian Taniwha, named Tuhirangi, in Cook Strait. Tuhirangi guided and protected canoes, and was later believed to have reappeared in the form of a well-known dolphin named Pelorus Jack, which accompanied European explorer ships in this stretch of water. 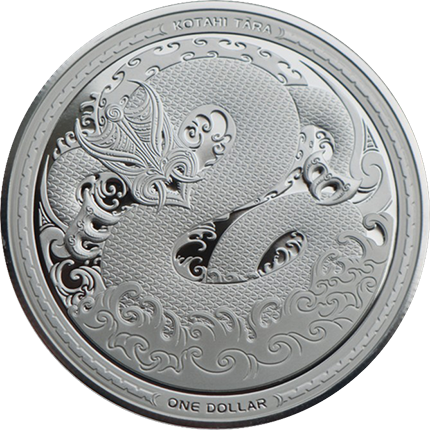 The 2017-dated coins, produced by the Royal Australian Mint on behalf of the Reserve Bank of New Zealand, are designed by David Burke. The reverse depicts the mythical creature emerging from the turbulent waters that were said to be its favored habitat. The design also includes the denomination in both Māori and English. 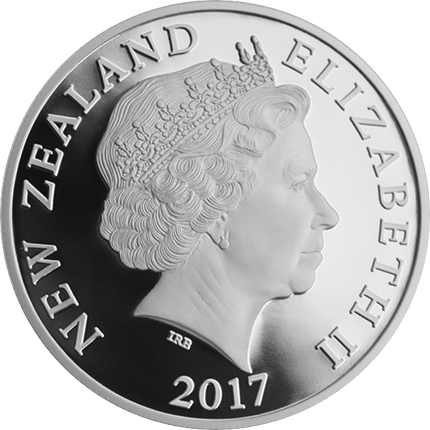 The obverse includes an effigy of HM Queen Elizabeth II that is the work of Ian Rank-Broadley and has been used on all New Zealand circulation and many commemorative coins since 2000.

The new series includes a gold and silver 1-ounce Proof as well as a 5-ounce gold piece (these 5-ounce coins, with a mintage of just 50 pieces, have now sold out). The gold 1-ounce coin is encased in a protective capsule and custom wood presentation box with certificate of authenticity. The silver coin is included in a custom-branded presentation box with certificate of authenticity.

For more information on these and other coins issued by the Reserve Bank of New Zealand, please visit the website of New Zealand Post, official distributor and retail sales point. International sales dispatched where applicable. ❑
Share: