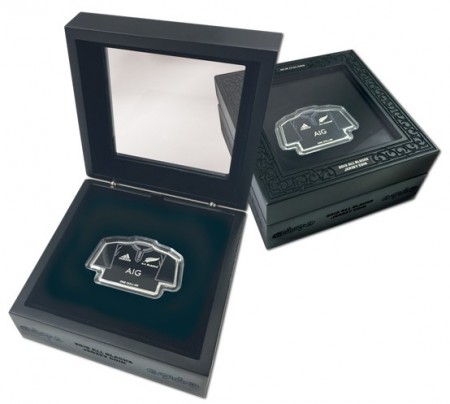 The Reserve Bank of New Zealand, in association with New Zealand Post, has achieved a first in the field of numismatics by designing a coin incorporating the shape of a sports jersey.

New Zealand’s early uniforms consisted of a black jersey with a silver fern logo and white shorts. By the end of the 1905 tour, they were wearing all black, except for the silver fern; hence, their name “All Blacks” originates from this time. Since then, there’s been a certain mania and prestige that comes with being part of the All Blacks. It’s an honor reserved only for New Zealand’s very best rugby players, and the ultimate symbol of the All Blacks is their iconic jersey. 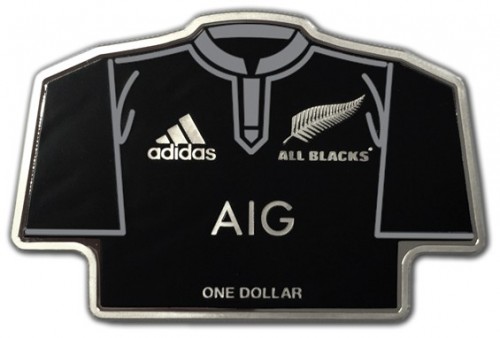 This intricately designed coin, produced by the BH Mayer Kunstprageanstalt GmbH on behalf of the Reserve Bank, was conceived by Dave Burke of Auckland. The design replicates the All Blacks jersey in more ways than one: not only is it printed black, but the  sponsors’ logos are seen shining through in silver. It’s shaped like the All Blacks jersey, complete with subtle contours that reflect the forms it takes when worn. 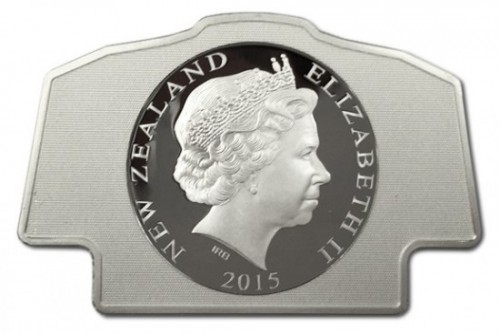 The obverse side includes a circular replication of a one dollar silver coin, complete with the effigy of Queen Elizabeth II designed by Ian Rank-Broadley that has been used on circulation and commemorative coins of New Zealand since 2000. The year of issue appears below the Queen’s portrait.

This 1 ounce silver proof coin has a worldwide mintage of 2,015 pieces. The custom black and silver packaging is laser-engraved, perfectly complementing the coin. The perspex lid of the case enhances the packaging which is designed to resemble a frame – referencing the time-honored tradition of framing and mounting sports jerseys. Each coin comes with an individually numbered certificate. Orders are being taken now for dispatch in September. A commemorative stamp replicating the coin itself is also available in a custom folder. 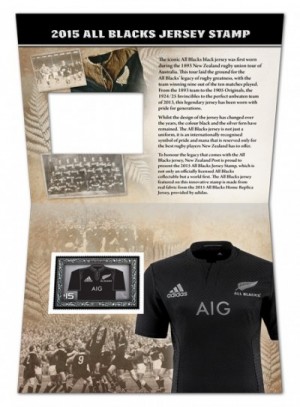