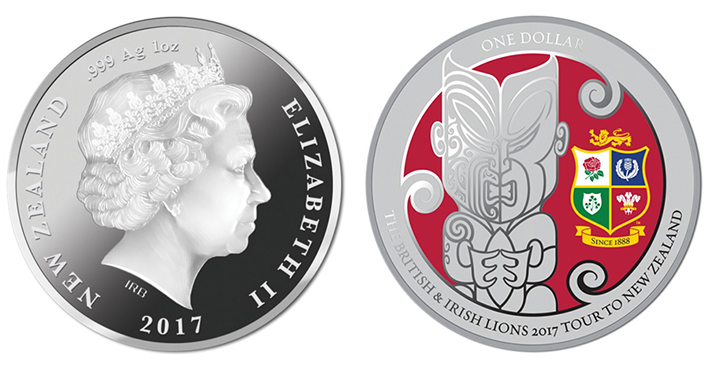 The coins, struck in both silver and cupro-nickel versions, are produced by the BH Mayer’s Kunstprägeanstalt GmbH on behalf of the Reserve Bank and are designed by New Zealand artist Dave Burke. The reverse depicts rugby players from New Zealand and the British and Irish Lions coming together in a hongi. The hongi is a sacred Māori physical embrace where two people become one by pressing noses and foreheads together. The British and Irish Lions badge—an historic and cherished symbol that represents the union of four rival nations—is placed to the right of the primary design. This, along with the red colour of the background, represents a clear connection to the long-established team. The denomination of ONE DOLLAR is seen above the primary design, and the inscription THE BRITISH AND IRISH LIONS 2017 TOUR TO NEW ZEALAND is placed below. 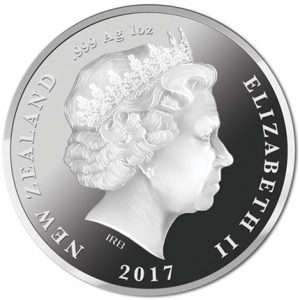 The silver Proof-quality coin is accompanied by an official certificate of authenticity and packaged in a premium display box. The cupro-nickel version is packaged in a premium display card that features imagery relating to the British and Irish Lions, as well as further information on the team’s history and their 2017 New Zealand tour. Both coins are available to pre-order for delivery commencing in late May. For more information on these and other coins issued by the Reserve Bank of New Zealand, please visit the website of New Zealand Post, the official authorised distributor and retailer on behalf of the Reserve Bank.  ❑
Share: