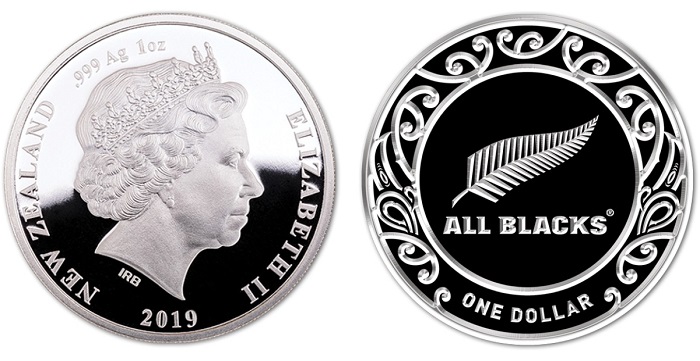 The Reserve Bank of New Zealand has launched new collector crown coins in celebration of the country’s national rugby team which is currently competing in the international Rugby World Cup championships. The tournament, which is the ninth in the game’s history, is staged every four years and is administered by World Rugby, the sport’s international governing body. 16 teams were invited to participate in the inaugural tournament in 1987, and since 1999, 20 teams have taken part. This year, Japan plays host to the 2019 Rugby World Cup, which runs from the 20th September to the 2nd November. In 2023, it will be the turn of France to host this greatly anticipated tournament. At the end of the championships, the winners are awarded the Webb Ellis Cup, named after William Webb Ellis, who, according to a popular legend, invented rugby by picking up the ball during a football game.

The game in New Zealand is considered one of the most popular and is believed to have been a tradition brought to the islands of New Zealand by British settlers since the middle part of the 19th century. The current incumbents from 2015 are the New Zealand All Blacks, the team which was formed in 1905 during a tour of New Zealand players to Great Britain. Since the establishment of the Rugby World Cup in 1987, the All Blacks have been named the champions a total of three times — the only participants to have done so. The first being the inaugural game, the second was in 2011 and more recently in 2015. On the 28th August 2019, New Zealand named their 31-man squad ahead of the 2019 Rugby World Cup. 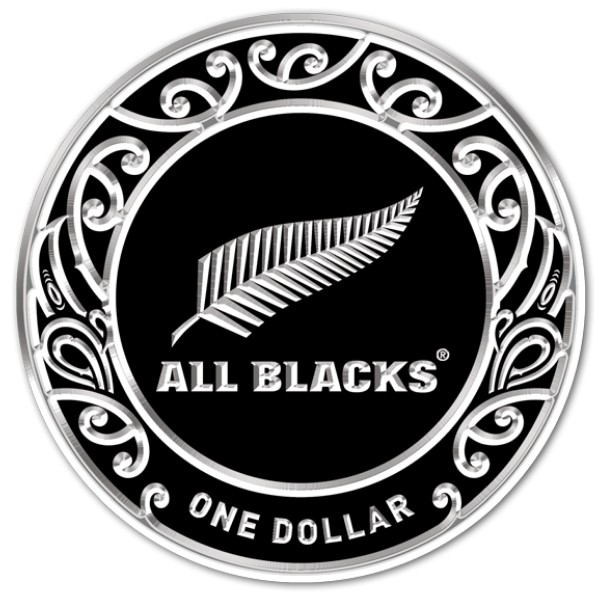 The coins, which are struck to a Specimen finish, are produced by the BH Mayer’s Kunstprägeanstalt GmbH at their facilities in Bavaria, on behalf of the Reserve Bank of New Zealand, and are designed by the Dave Burke Studio. The reverse side features the logo of the team, the All Blacks logo, which is featured in the middle and represents the current team. The overall design represents the past, present, and future. The koru shapes around the edge symbolise growth, reaching upward toward the light, strength, perpetual motion, new beginnings, returning to the point of origin, and is a symbol of the unfurling fern frond. When fully-grown, it becomes the silver fern, a national symbol of New Zealand. 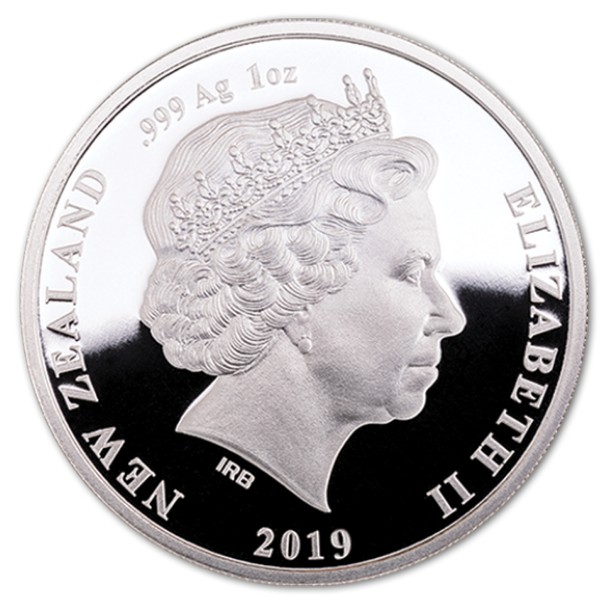 The obverse side includes an effigy of HM Queen Elizabeth II created by sculptor Ian Rank-Broadley and has been seen on all circulation coinage of New Zealand since 1999. 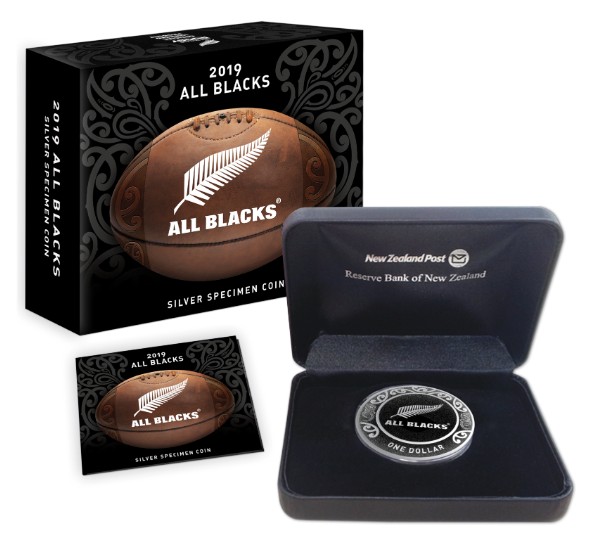 Each coin is encapsulated and presented in a branded custom case and is accompanied by a certificate of authenticity. For additional information about this coin and others issued by the Reserve Bank of New Zealand, please visit the website of the New Zealand Post.

New Zealand: 50th anniversary of the Moon landing seen from the perspective of the Southern Hemisphere featured on new silver Proof coin