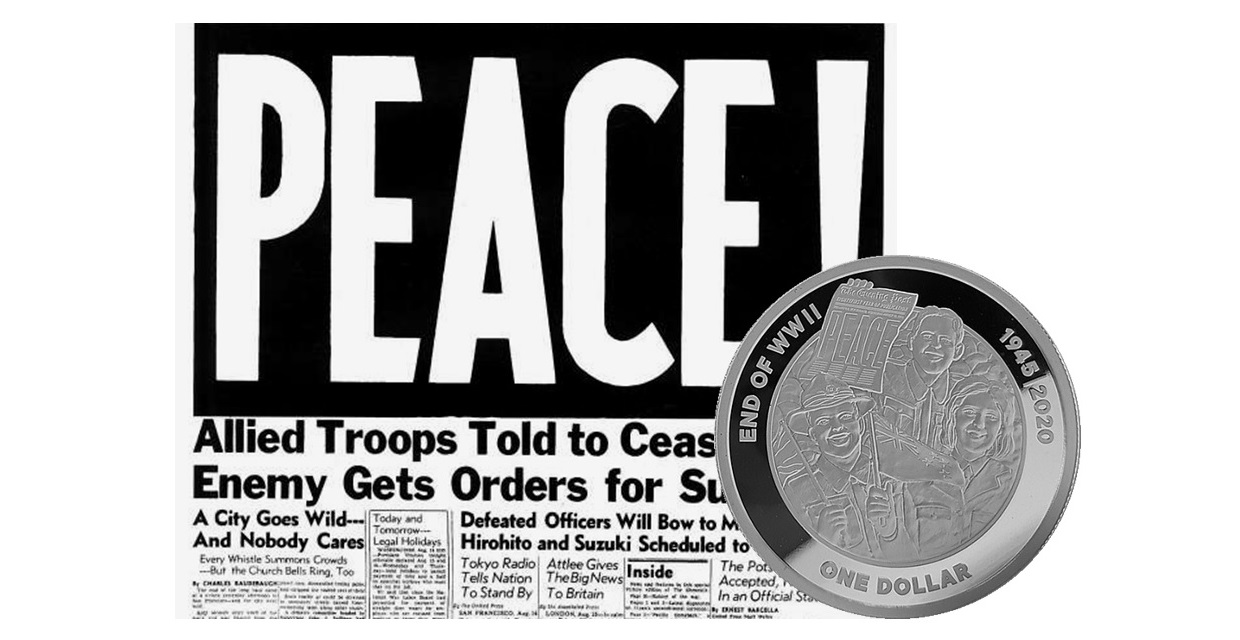 The Reserve Bank of New Zealand has issued (21st July) new coins which are part of the 75th-anniversary celebrations and remembrance of the end of the Second World War. While hostilities officially ended in Europe upon the unconditional surrender of the Third Reich to the Allied powers of the United States, Great Britain, France and the then-Soviet Union on the 8th May 1945, fighting in the Pacific front was still very much ongoing. Imperial Japanese forces, an ally and part of the triple-axis of Germany and Italy, were still defending the lands they invaded and were occupying. From Manchukuo in China to the Dutch East Indies and Singapore, Japanese soldiers reached as far south as New Guinea, threatening to land on the northern shores of Australia and setting their sights on New Zealand. Hong Kong and British Malaya had also been occupied in December 1941 which lasted until the final surrender of Japan and the news of the conditions of harsh treatment of civilians under occupation was reaching Australians and New Zealanders. As the ANZACS were also supporting British soldiers in Europe, they were also defending their home countries in the Pacific. After Germany finally surrendered in May 1945 with the suicide of Hitler, the fighting carried on in the Pacific.

It wasn’t until the 6th August 1945, when an American B-29 bomber dropped the world’s first deployed atomic bomb over the Japanese city of Hiroshima that the end of the fighting was in sight. Three days later on the 9th August, a second atomic bomb was dropped on the city of Nagasaki, which finally resulted in Japan’s unconditional surrender. The surrender of Imperial Japan was announced by Japanese Emperor Hirohito on the 15th August when he broadcast this to his people on the radio. It was the first time the Japanese people had ever heard their emperor’s voice.

News of Japan’s surrender was received all over the world, and European forces made up of British, Dutch, and French soldiers were released from detention, many having suffered untold harsh measures of their detainment and soon were on their way home. The news was enthusiastically received in America and especially in Australia and New Zealand. 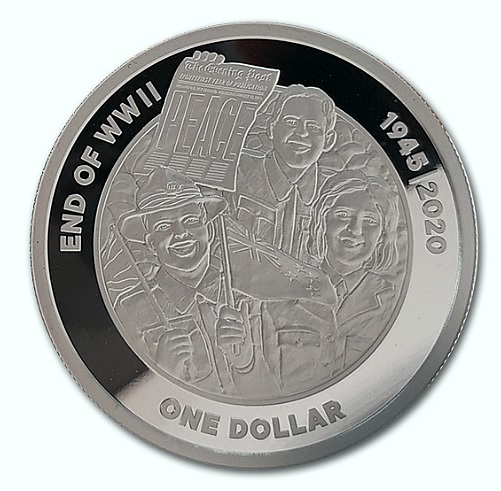 The coins are produced by the Commonwealth Mint UK on behalf of the Reserve Bank of New Zealand and are designed by Nicky Dyer, Wellington, New Zealand. The reverse side evokes a spirit experienced on the day when New Zealanders read the newspapers declaring the war was finally over. The scene shows a crowd holding up the newspaper with the headlines PEACE; the fine detail of the newspaper text can be clearly read when magnified. The inscription above the primary design reads END OF WWII, 1945 – 2020, and the coin’s denomination of ONE DOLLAR placed below along the lower edge. 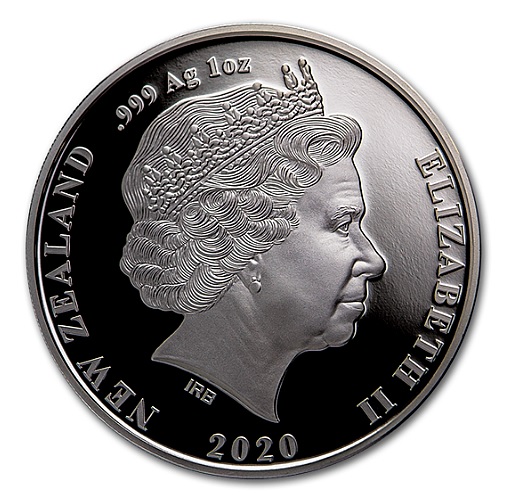 The obverse side includes an effigy of HM Queen Elizabeth II created by British sculptor Ian Rank-Broadley and has been included on all circulation and many commemorative coins of New Zealand since 1999. 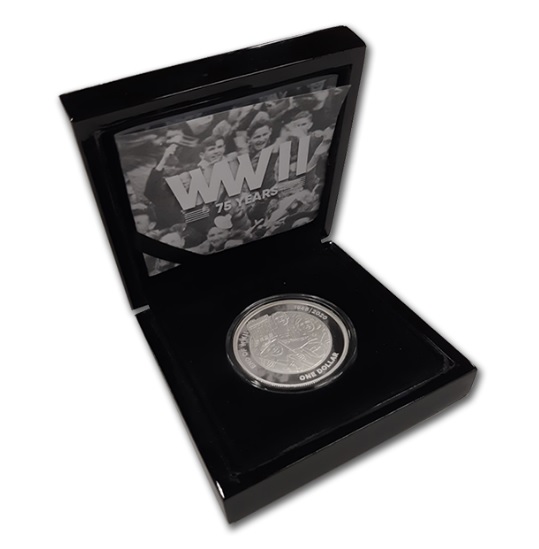 The Proof quality coins are encapsulated and presented in a Reserve Bank of New Zealand-branded custom case and are accompanied by a certificate of authenticity. For additional information about this and other coins issued by the Reserve Bank, please visit the website of the New Zealand Post.