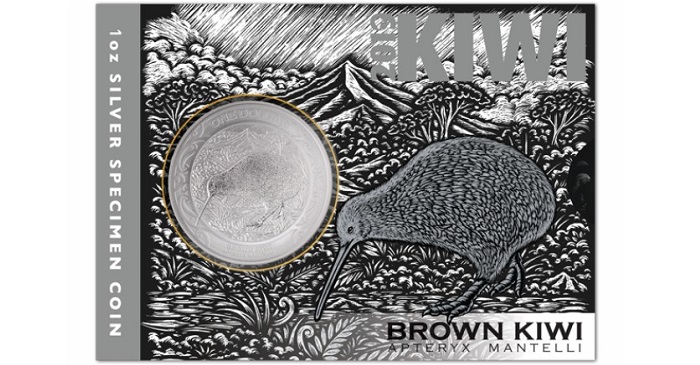 The Reserve Bank of New Zealand has launched (9th August) their 2019-dated range of “Kiwi” collector and bullion coins, which is an annual series featuring one of the country’s most endearing and internationally acquainted birds: The kiwi. This year, both the gold and silver coins feature the North Island brown kiwi in its natural habitat.

Aside from the fact that kiwis are New Zealand’s national bird, and is a name often associated with inhabitants of these islands, these flightless birds may look quite bizarre as they lack visible wings. Actually, the genus name Apteryx means “wingless” in Latin, and the scientific name for this particular breed of kiwi of the North Island brown kiwi is Apteryx mantelli. They are one of five species of kiwi found in New Zealand and have a characteristically spiky brown plumage, streaked with reddish brown. Their long thin bill is ivory in colour, and uniquely for birds, has nostrils located at the end. As their name suggests, this kiwi breed is found in some abundance on New Zealand’s North Island — and like all kiwis — they are nocturnal, terrestrial birds. They spend their day in burrows dug into the ground with powerful claws and hunt for invertebrates or insects, which constitute the majority of their diet. The insects are found by probing beneath leafy litter with their long beaks.

Kiwi pairs can usually mate for life, although separations for unknown reasons are not uncommon. During the breeding season, which runs from June to March, they are extremely territorial —with males usually defending their territory through calling displays, but may occasionally fight off intruding birds. Females produce one of the most disproportionately largest eggs of any bird, comprising about 15 percent of her body weight. These enormous egg are laid within the burrow, with two eggs being included in a clutch. However, they are laid up to three or four weeks apart, and up to three different clutches can be laid in one year. In a similar condition to penguins, for instance, the male North Island brown kiwi has the role of incubating the egg and has developed a bare patch of skin on his belly, known as a brood patch, that facilitates the transfer of heat to the developing egg. During the incubation stage, which lasts from 75 to 90 days, the male will leave the egg to forage during the night and will conceal the burrow entrance whilst he is away. Kiwi chicks hatch fully-feathered and will venture out of the nest when they are about a week old, but instinctively return to the nest each day until they leave their natal territory at just four to six weeks of age. 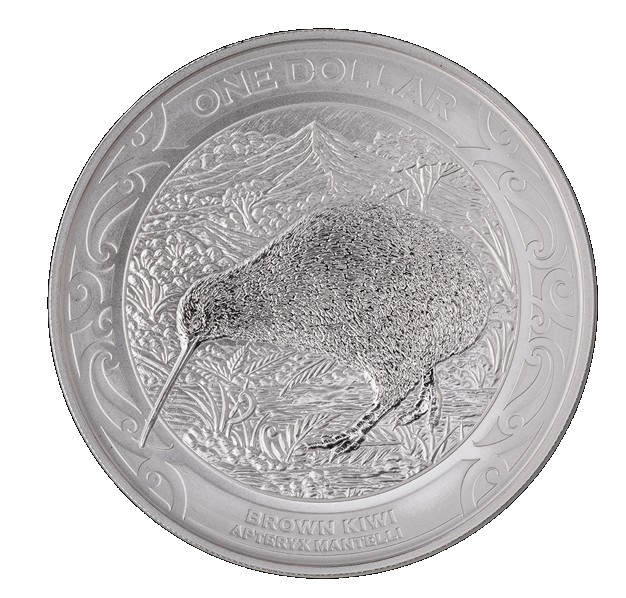 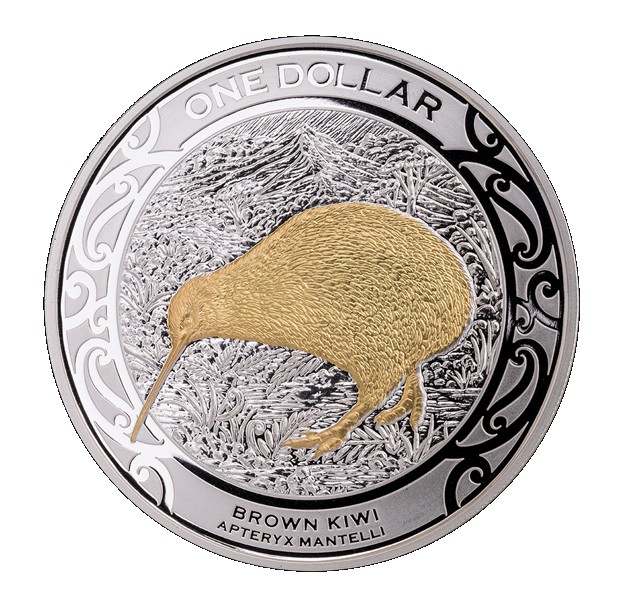 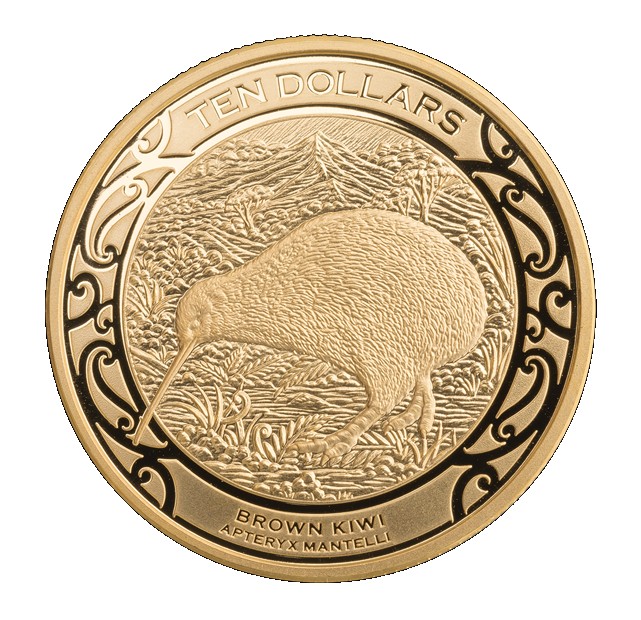 The new 2019-dated coins are designed by Dave Burke and are produced by the BH Mayer’s Kunstprägeanstalt (Mint) GmbH, at their facilities in Baden-Württemberg, on behalf of the Reserve Bank. The reverse design, which is shared on all of the varieties of metal and qualities, features the brown kiwi in its natural habitat and it is seen foraging for a morsel in the underbrush. The design is surrounded on both sides with a linear symmetrical pattern and the denomination of TEN DOLLARS or ONE DOLLAR above the primary design. The reverse design on the silver Proof coins is further highlighted with selective gold plating. The text BROWN KIWI APTERYX MANTELLI is seen below the design and is arranged in two lines. 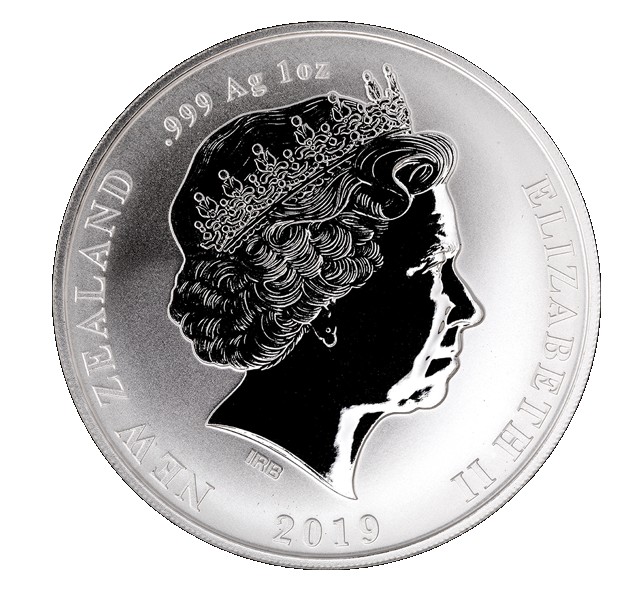 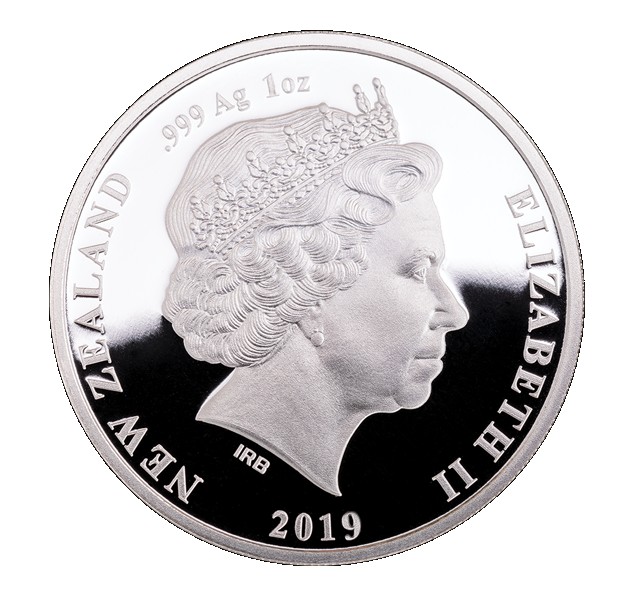 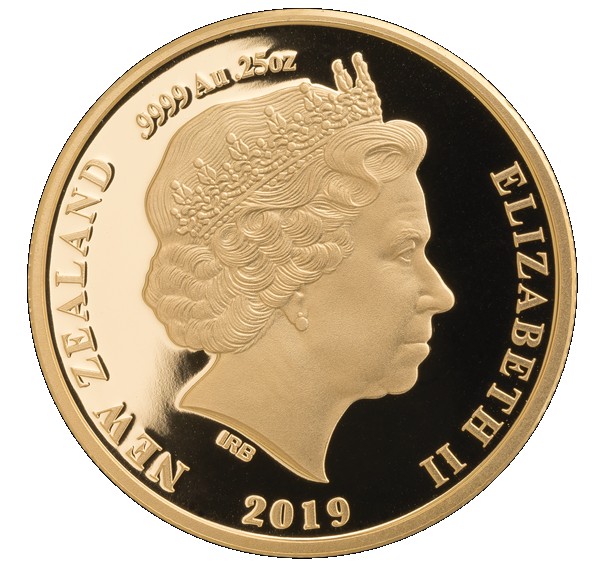 The obverse includes an effigy of HM Queen Elizabeth II, which is the work of artist Ian Rank-Broadley, and has been seen on all New Zealand circulation and many commemorative coins since 1999. 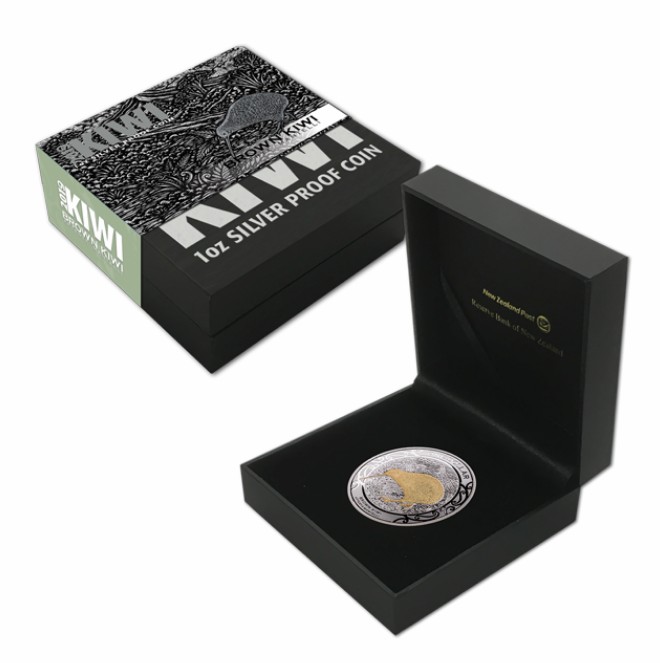 All 2019-dated Kiwi coins are encapsulated, with the Proof versions being presented in a custom display case accompanied by an individually numbered certificate of authenticity. The Reverse Proof strikes are packaged in a folder with colourful graphics and illustrations. For additional information about these and other coins issued by the Reserve Bank of New Zealand, please visit the website of the New Zealand Post.