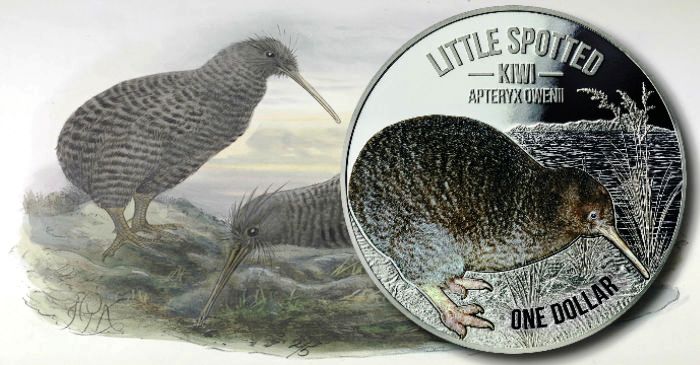 The Reserve Bank of New Zealand have issued (27th September) their latest coins which highlight the various breeds of the kiwi, which is an internationally recognised symbol of the country. The latest coins feature the little spotted kiwi, or Apteryx owenii. Its scientific name is a combination of two references: Apteryx means “without wings,” and owenii refers to Sir Richard Owen, an English biologist and naturalist active in the 19th century.

The little spotted kiwi was first described in 1847. They have a length of 35 to 45 centimetres (14 to 18 inches). The weight of the male can range from 0.9 to 1.3 kilograms (2.0 to 2.9 pounds), while the female can weigh from 1 to 1.9 kilograms (2.2 to 4.2 pounds). Their statistics make them the smallest species of kiwi. Their feathers are a pale, mottled grey, complemented with fine white mottling, and are somewhat shaggy looking. They lack a tail, but have a small pygostyle (or fleshy protuberance) visible at their posterior. Their bill is long and ivory in colour and their legs are pale. The lesser-known North Island little spotted kiwi, or iredalei, became extinct in the late 19th century, and as a consequence, around 1900, a population of the little spotted kiwi was trans-located to Kapiti Island for conservation purposes. Today, their conservation status is listed as “range restricted” by the conservation organization Save the Kiwi, though their population is growing. Formerly classified as “vulnerable” by the International Union for Conservation of Nature (IUCN), it was suspected to be more numerous than generally assumed.

The new 2018-dated coins are produced by the B.H. Mayer Mint Kunstprägeanstalt GmbH, on behalf of the Reserve Bank of New Zealand, and are designed by Jonathan Gray of New Zealand Post Ltd. 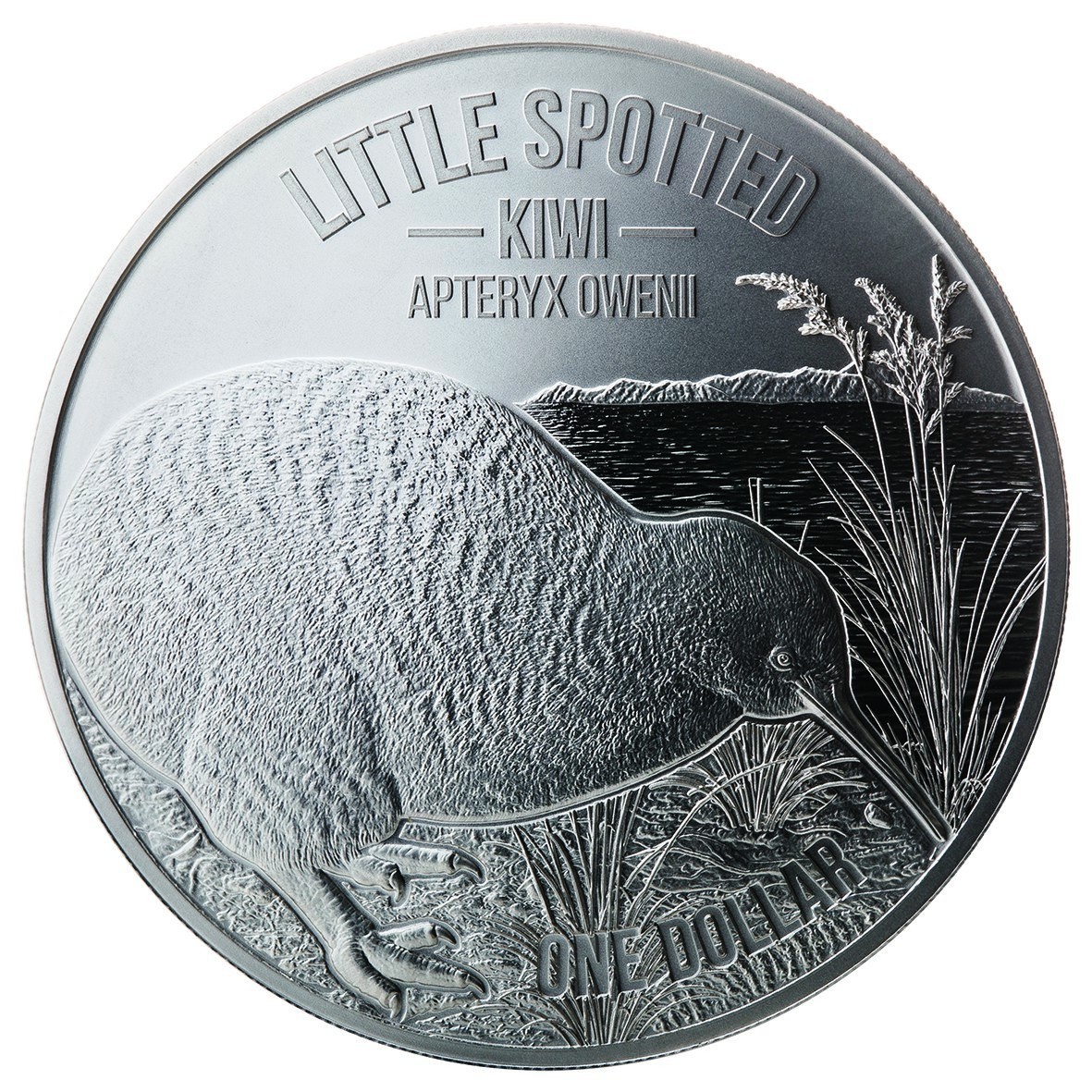 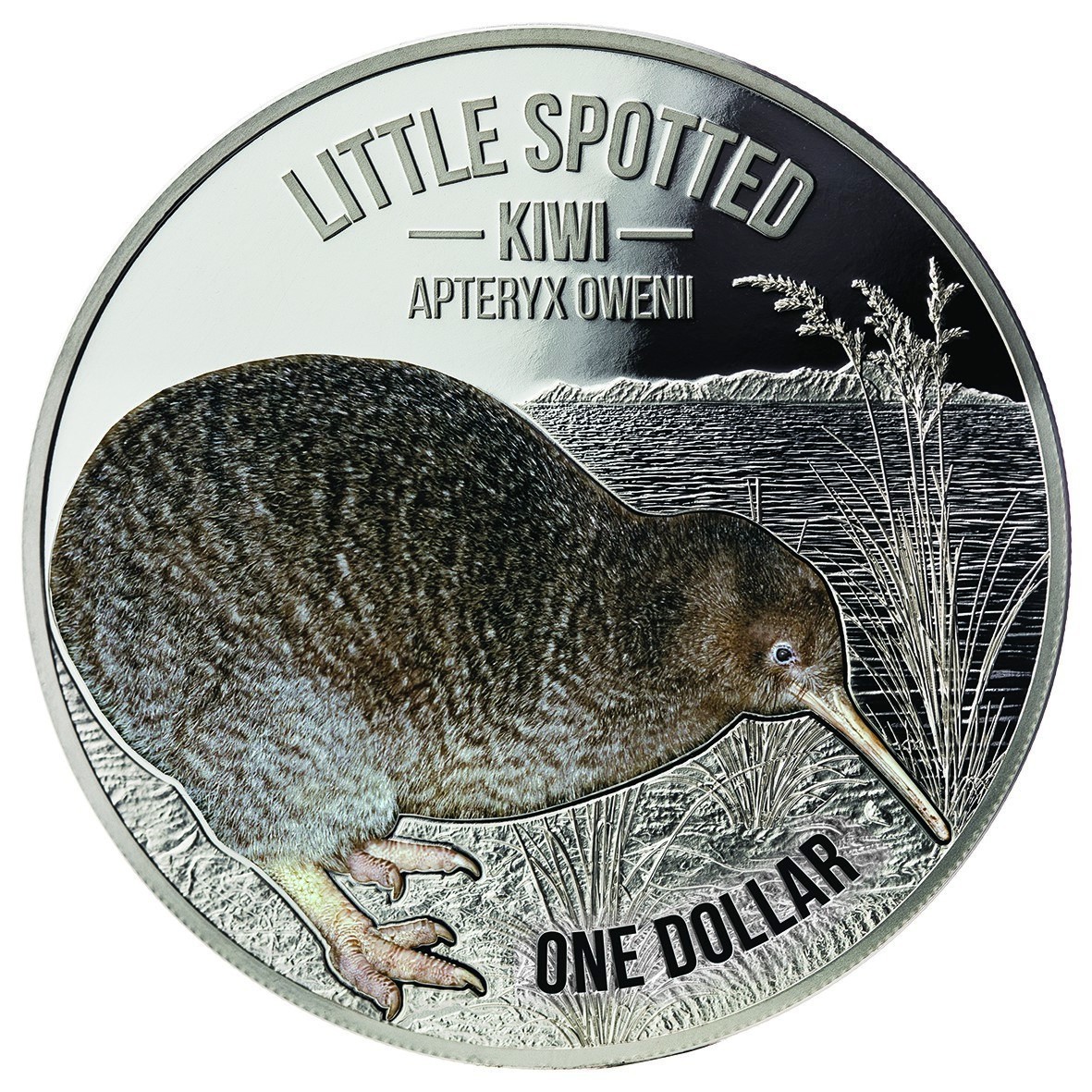 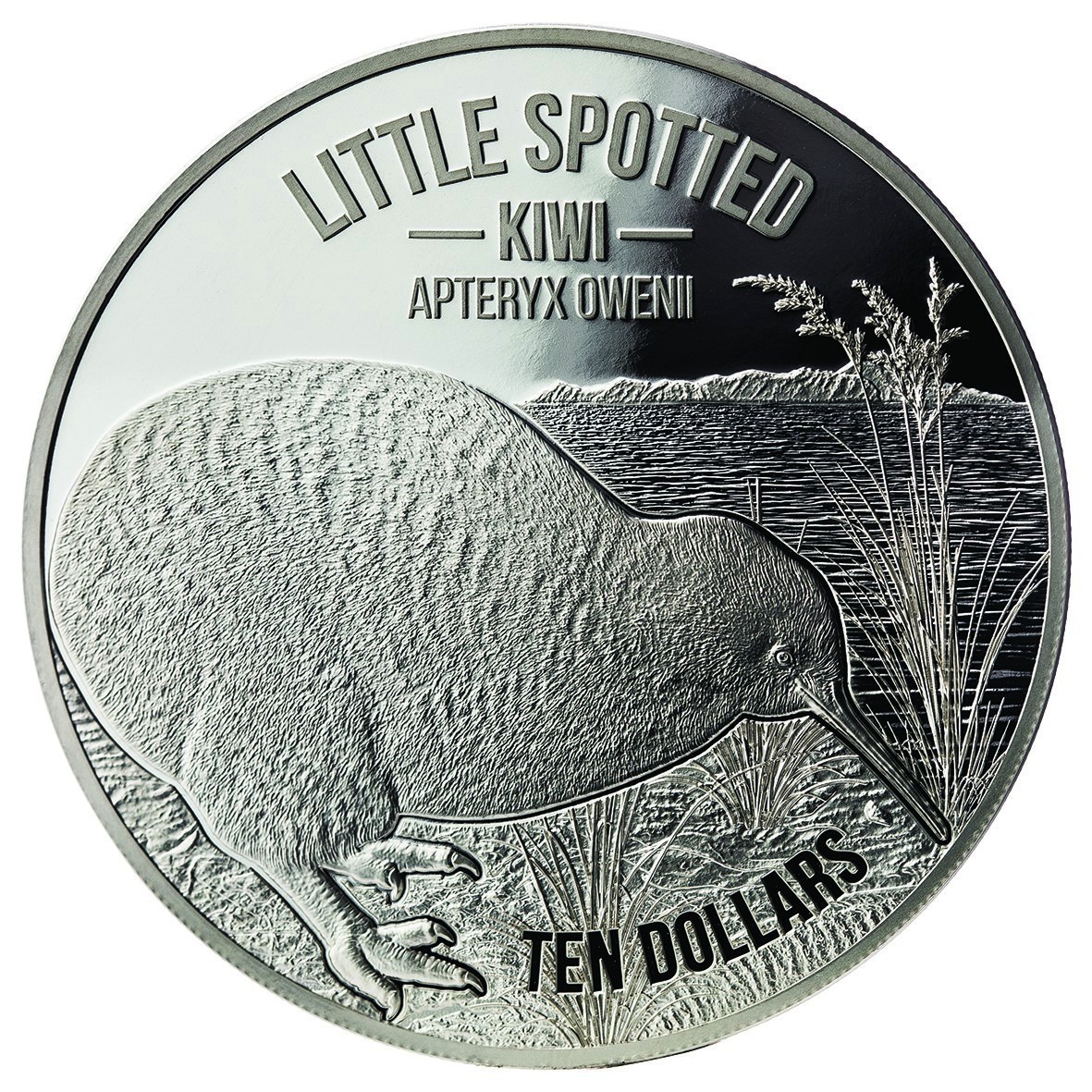 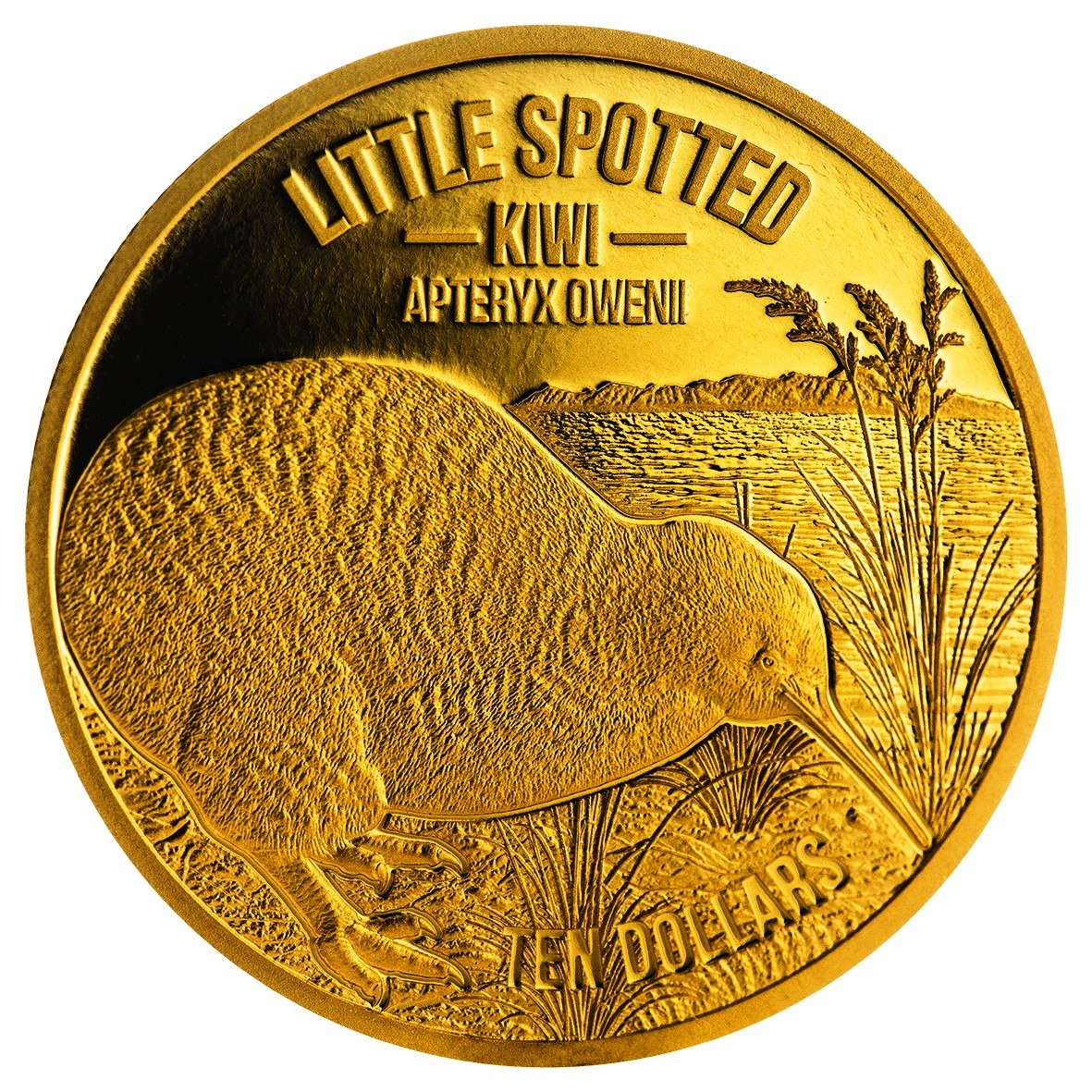 The reverse design shows the little spotted kiwi and Rauoterangi Channel — the stretch of water spanning the distance between the mainland and Kapiti Island, which is the kiwi’s primary home and habitat.

The obverse depicts HM Queen Elizabeth II, as designed by British sculptor Ian Rank-Broadley and appearing on all New Zealand circulation and most commemorative coins since 1999.

Kiwi coins have been issued by the Reserve Bank of New Zealand since 2012, and for the first time, a 5-ounce silver coin has been added to the range with a face value of $10. A traditional 1-ounce Proof with a colour application on the little spotted kiwi and a 1-ounce Reverse Proof complete the silver options. For additional information on these and other coins issued by the Reserve Bank, please visit the website of the New Zealand Post.