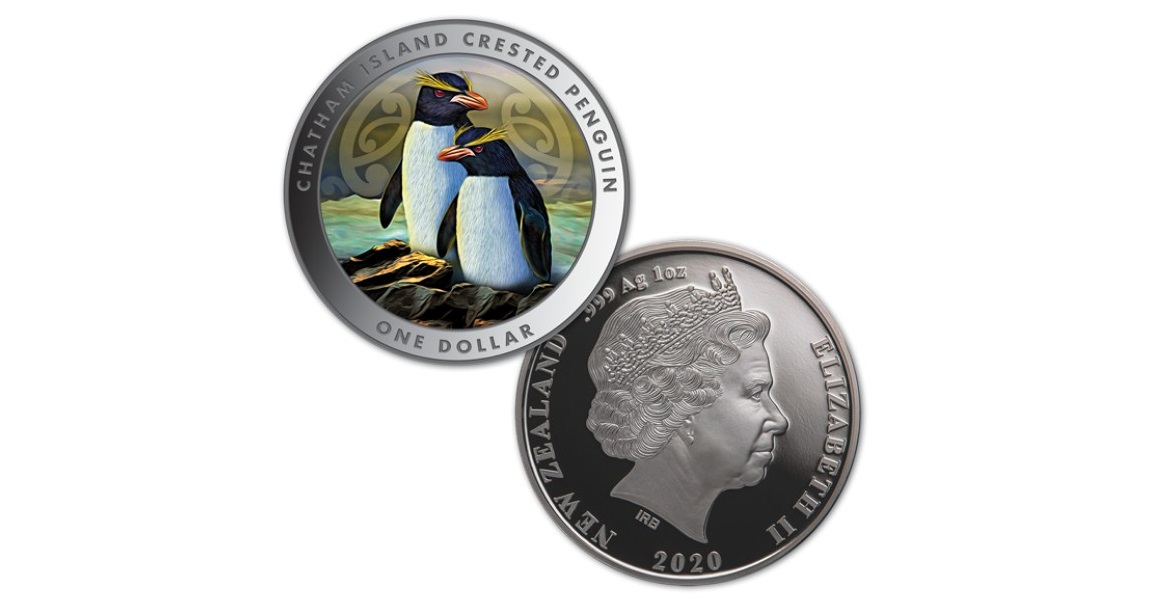 The Reserve Bank of New Zealand, via New Zealand Post, has announced (22nd January) the release of new collector coins commemorating one of the country’s extinct animals. Believed to have existed until Polynesians arrived in the Chathams about 450 years ago, the Chatham Islands crested penguin was among the largest of the crested penguins, with the largest specimens being comparable in size to the royal penguin. Polynesians around 1450 A.D. settled the Chathams, and the Eudyptes warhami (to use its scientific name) was probably hunted to extinction within 150 to 200 years, along with many bird species and one species of sea lion. It was almost undoubtedly extinct before Europeans arrived at the Chathams. 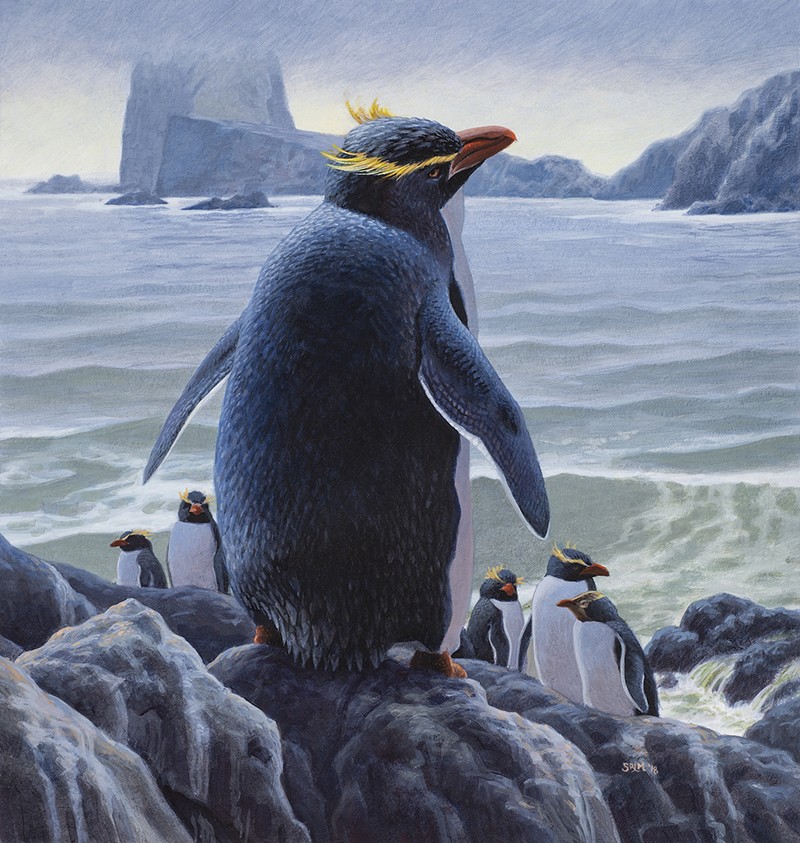 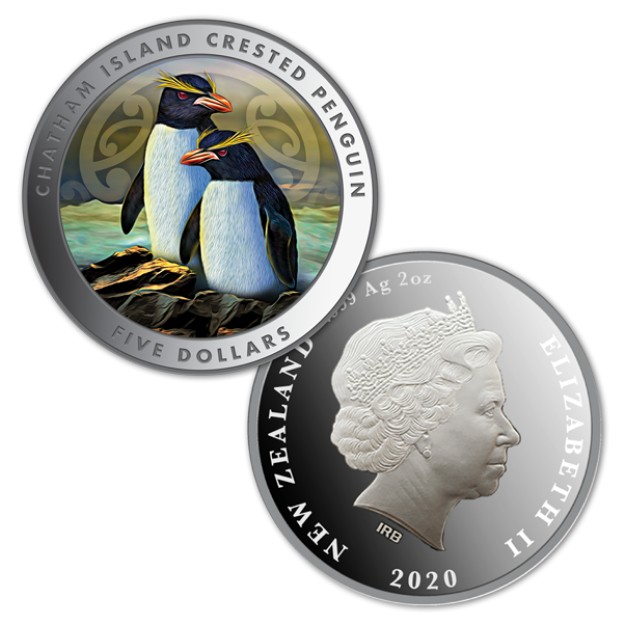 These vividly illustrated two-ounce silver Proof coins are produced by B. H. Mayer’s Mint GmbH at their facilities in Bad Wurttemberg, on behalf of the Reserve Bank of New Zealand, and are designed by New Zealand artist Dave Burke. The primary design depicts two Chatham Island crested penguins as they may have looked, along with a stormy backdrop familiar to inhabitants of the Chatham Islands. The birds are encircled by an arc of koru (or traditional Maori designs). The obverse side of these coins includes an effigy of HM Queen Elizabeth II created by British sculptor Ian Rank-Broadley. The year of issue, 2020, is placed below the Queen’s likeness, and the weight of the coin is shown above. 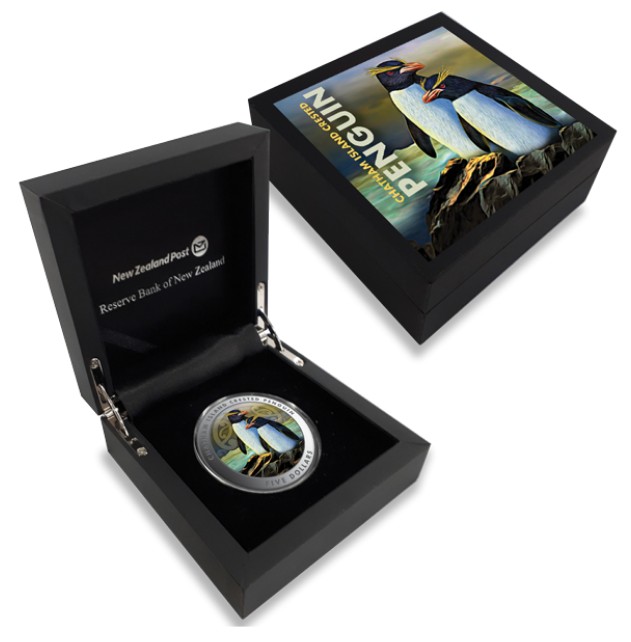 Available from the end of February, the coin is encapsulated and housed in a custom presentation case, accompanied by a numbered certificate of authenticity. 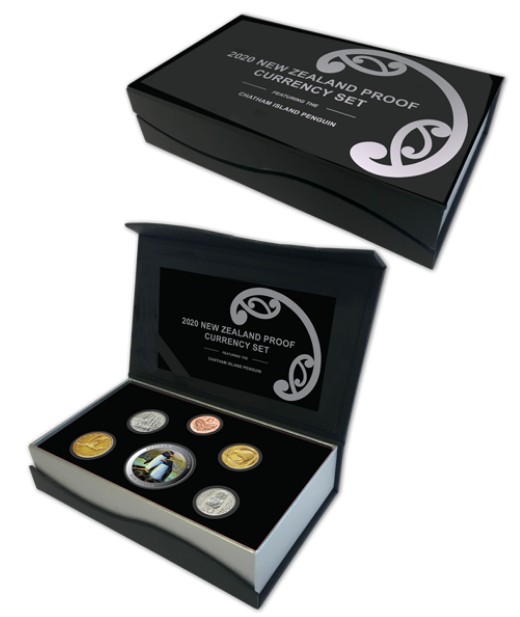 *A Chatham Islands crested penguin one-ounce silver collector coin is also available as part of the 2020 annual Proof set. For additional information about this coin and others issued by the Reserve Bank of New Zealand, please visit the website of the New Zealand Post.