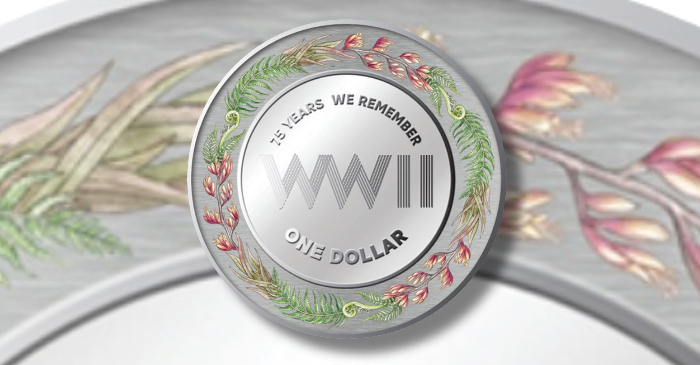 The Reserve Bank of New Zealand has launched (17th March) new double-crown collector coins which are in remembrance of an important anniversary that will be celebrated not only in New Zealand but around the Commonwealth and worldwide. This year, 2020, marks the 75th anniversary since the end of World War II. For nearly six years, New Zealanders lived through immense hardship, suffering, and change. New Zealand, as a British dominion, declared war on Germany at 9.30 p.m. on 3rd September 1939, very shortly after Great Britain, thus entering World War II. New Zealand assisted Britain by providing men for service in the British Royal Air Force and Royal Navy. The New Zealand Royal Navy was placed at Britain’s disposal, and new bombers waiting in the United Kingdom to be shipped to New Zealand were made available to the Royal Air Force. Through this time they connected, worked together, rallied as citizens, and contributed immensely to solving problems both abroad on the battlefields and on home soil.

Aside from fighting in Europe, the theatre of war closer to home was in the South Pacific. With victory in Europe in May 1945, it would be another four months until Imperial Japanese forces would unconditionally surrender. The New Zealand 3rd Division, which was active after December 1941 and with America’s declaration of war against Japan, supplemented existing garrison troops in the South Pacific. However, New Zealand troops were eventually replaced by American soldiers, freeing up the New Zealand 3rd Division for service within the New Zealand 2nd Division, which was in Italy.

Ultimately, the war would take the lives of one in every 150 New Zealanders with 11,625 New Zealand men killed, a ratio of 6,684 dead per million in the population, which was the highest rate in the Commonwealth. This significant loss changed the landscape of New Zealand society, and those impacts are still apparent today. During the war, valuable advancements were made in medicine, trade, and manufacturing worldwide — changes that we all still benefit from today. 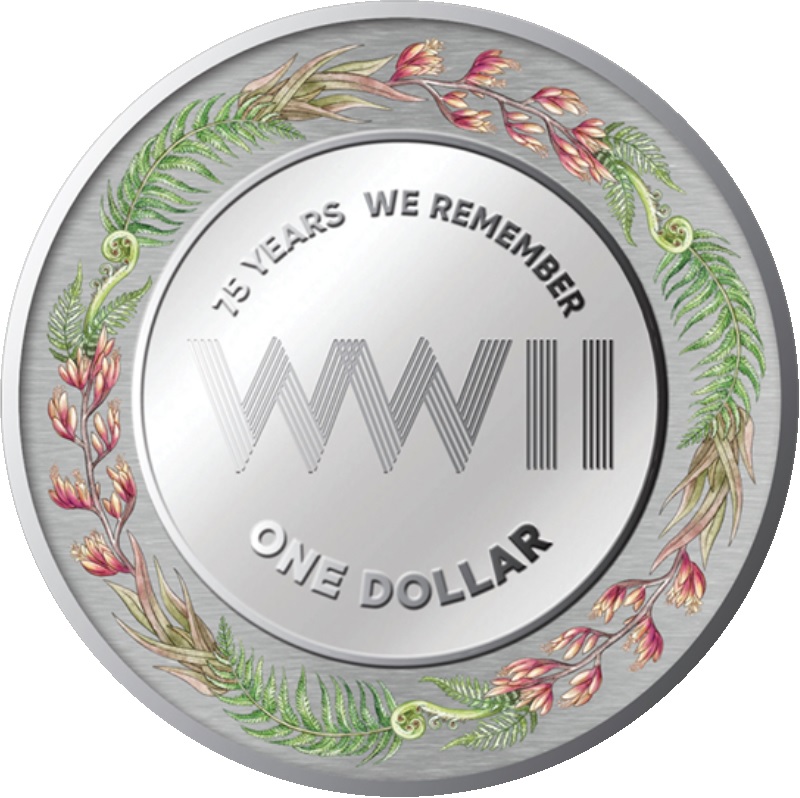 The Commonwealth Mint produces the double crown and colour Proof silver pieces at their facilities in England, on behalf of the Reserve Bank of New Zealand. The reverse side of the coins features a remembrance wreath comprised of New Zealand native plants harakeke (flax) flowers and ponga (fern) koru and fronds. Among its many uses, harakeke is prized as durable weaving material, and here it symbolises the strength and unity of New Zealand communities as they endured six years of disruption, rationing, and anxiety. Koru, the coiled, unfurled fronds of New Zealand ferns, represent hope and new beginnings brought by the end of this terrible war. Above the official logo commemorating the 75th anniversary is the inscription 75 YEARS WE REMEMBER. The denomination of ONE DOLLAR is placed below the logo. The obverse includes the effigy of HM Queen Elizabeth II created by British sculptor Ian Rank-Broadley and was introduced onto circulation and many commemorative coins of New Zealand since 1999. 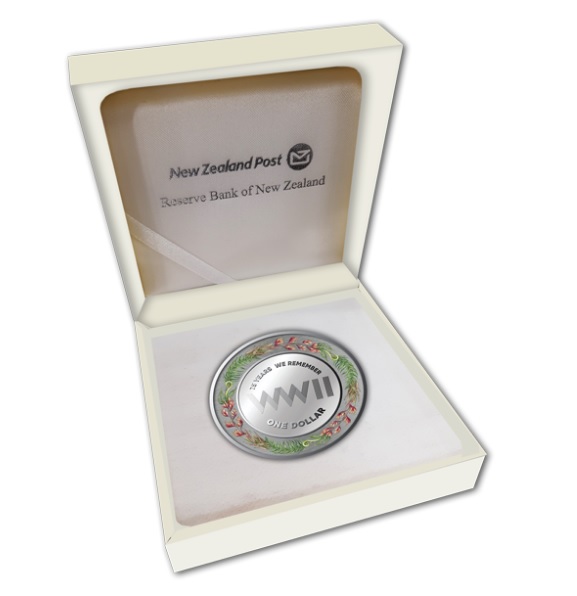 Each coin is individually encapsulated and presented in a custom case, accompanied by a numbered certificate of authenticity. For additional information about these coins and others issued by the Reserve Bank of New Zealand, please visit the website of the New Zealand Post.