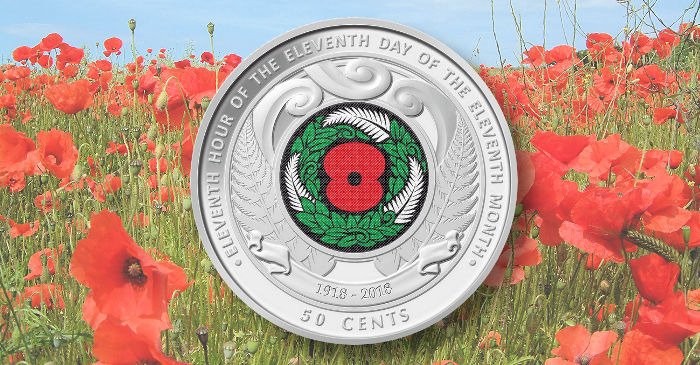 The Reserve Bank of New Zealand has launched (27th August) their second commemorative circulation coin which includes colour on the reverse design. The centenary of Armistice Day is the featured theme and motif. Following on the first such coin issued in 2015 in honour of the centenary anniversary of the formation of Australia and New Zealand’s ANZAC forces, which served during the First World War, the second coin pays homage to the 100th anniversary of the end of the Great War in November 1918.

In the wake of Great Britain being drawn into a worldwide conflict, which began with a single shot in Sarajevo, New Zealand joined the fighting and their experience was typical of that of all nations involved. It was the assassination of the heir to the imperial crown of Austria-Hungary, which was later referred to as the “shot heard round the world,” that triggered defence pacts between Great Britain, France, Germany, and Russia.

Australia and New Zealand, though halfway around the world, were part of the British imperial family and self-governing dominions. As a result of this status, both countries sent fighting forces, drawing in virtually the whole population through direct participation, war-related work, and activities at home — or through family connections.

New Zealand’s Provision and Maintenance record indicated that 92,860 officers and men had been despatched to the war from its outbreak up until the 12th November 1918 — the day of the Armistice agreement in Australia and New Zealand. In total, those who went overseas in support of the war effort amounted to nine percent of New Zealand’s entire wartime population, and of those participants, more than 58,000 were killed or wounded.

After Imperial German forces and their allies had agreed to lay down their arms on the 11th day of November 1918, and cease hostilities altogether, was, for the many who had been witness to such brutal fighting, the beginning of the end of this war. Europe would never be the same again, but for Australia and New Zealand, it meant a greater sense of self-identity separate from their mother country. After the return of the men who fought for king and country, the focus for many now was to build a stronger nation and fairer society in which there would not be the need for another conflict which claimed the lives of so many young men in their prime. Unfortunately, the peace which was ushered in with the Treaty of Versailles, would not last long. 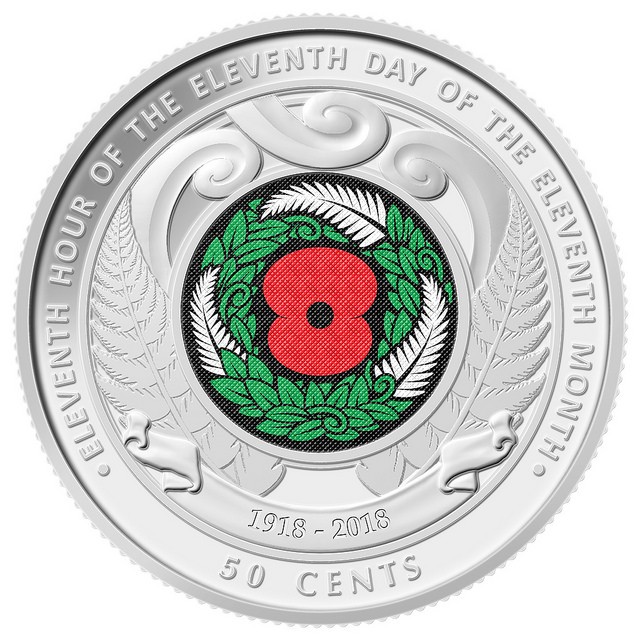 The coins are produced by the Royal Canadian Mint in Canada on behalf of the Reserve Bank of Canada. The Royal Canadian Mint also produces New Zealand’s existing 10, 20, and 50-cent circulation coins. The Armistice Day coin design features the official Returned Services Association insignia, the RSA’s red poppy in the middle, surrounded by a free formed remembrance wreath that has incorporated the silver fern and koru as strong New Zealand elements. The printed silver ferns on the wreath represent the past, present, and future and also reflect the three branches of armed forces in New Zealand. The engraved koru pattern represents new beginnings, and the engraved silver fern reflects New Zealand’s national identity. 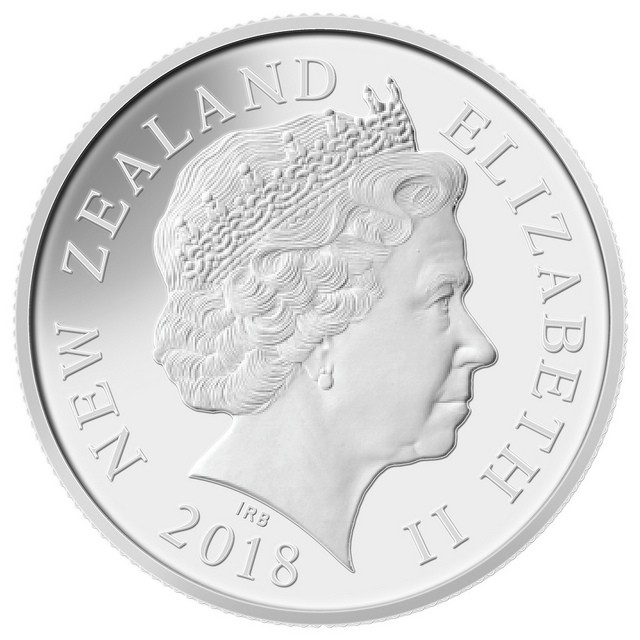 A portrait of Her Majesty Queen Elizabeth II created by British sculptor Ian Rank-Broadley appears on the obverse along with the year of issue.

The Armistice Day coin incorporates the official Returned and Services Association Poppy, as the poppy symbol has long been associated both with the First World War and with war remembrance in general. The flower grew on and around the First World War battlefields, and for New Zealanders — both at Gallipoli and on the Western Front — this flower was generally adopted by the former Allied powers to symbolise that war, starting in the early 1920s. 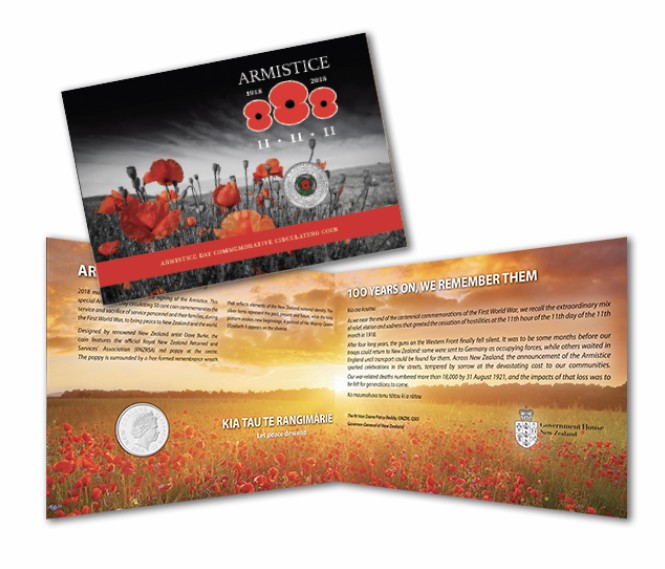 By September, a limited number of coins can be pre-ordered through the New Zealand Post.

A variety of products, which includes the commemorative colour coin in a specially designed folder, will also be available here.

*On the 1st October 2018, the coins will be released into circulation through New Zealand retailers, commercial banks, and post offices. The 2015-dated 50-cent ANZAC coin design features a New Zealand and an Australian soldier standing back to back with their heads bowed in remembrance. The Mangopare (hammerhead shark) pattern symbolises strength and determination, and the silver fern reflects New Zealand’s national identity.