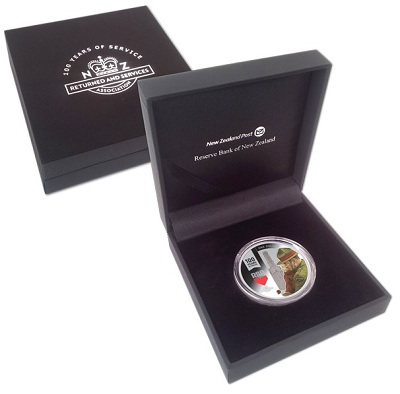 The Reserve Bank of New Zealand has announced (11th January) the issue of a new silver coin marking the centennial of the founding of the revered Royal New Zealand Returned and Services’ Association (RSA).

The RSA was formed in New Zealand in 1916 by returning Anzacs to provide support and comfort for service men and women and their families during World War I. With the slogan “Courage, Compassion, Camaraderie, Commitment” — the values that built New Zealand’s post-war society — the RSA’s primary aim has been to loyally uphold the nation’s sovereignty, originally as a member of the British Empire, later as a member of the Commonwealth of Nations, and further as a member of the United Nations after the second World war. Today, the organization has over 105,000 members. 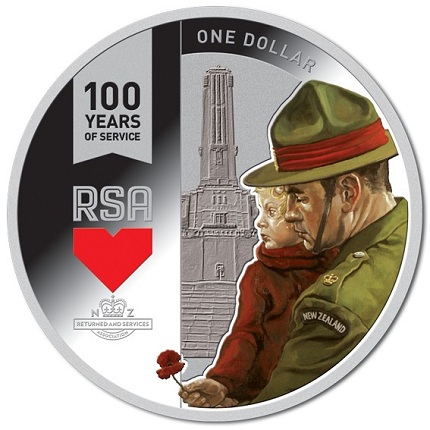 The coin, produced by the Royal Australian Mint on behalf of the Reserve Bank of New Zealand, includes a color rendition of the painting At Rest by Captain Matt Gauldie. It is the final entry in the Unknown Warrior series (2005) and was painted in front of the Tomb of the Unknown Warrior. This powerful painting depicts an officer holding his young daughter, who clasps a poppy and looks inquisitively at the tomb. The RSA has a long connection with the National War memorial, and played an important role in the return of the Unknown Warrior. To the left of the rendition is the RSA logo and commemorative inscription. 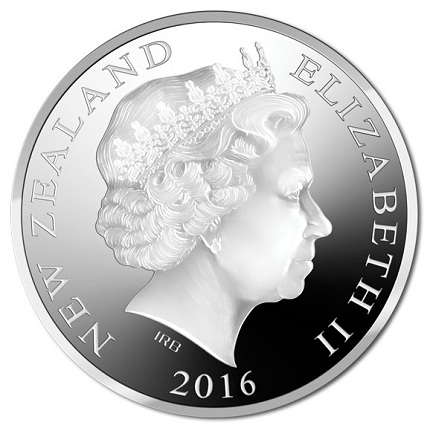 The obverse side includes the effigy of HM Queen Elizabeth II as created by Ian Rank-Broadley and used on most commemorative issues and all circulation coinage in New Zealand since 2000.

The coin is available from New Zealand Post, official distributors of the commemorative coins of New Zealand; $5 from the sale of each coin will be donated to the RSA. The coin certificate includes further information about the RSA and their involvement in the return of the Unknown Warrior. A set of 6 accompanying commemorative stamps is also available for this centennial anniversary. 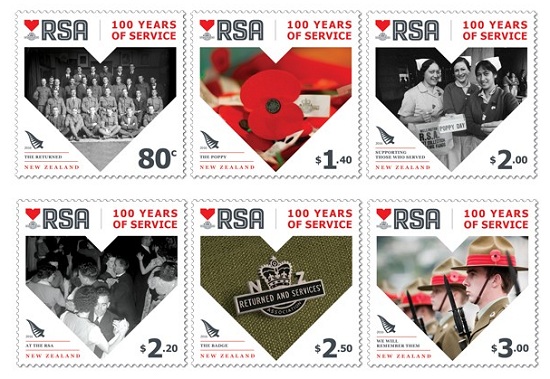 For more information on this and other coins available from New Zealand Post, please visit their Web site. International sales will be distributed where applicable.