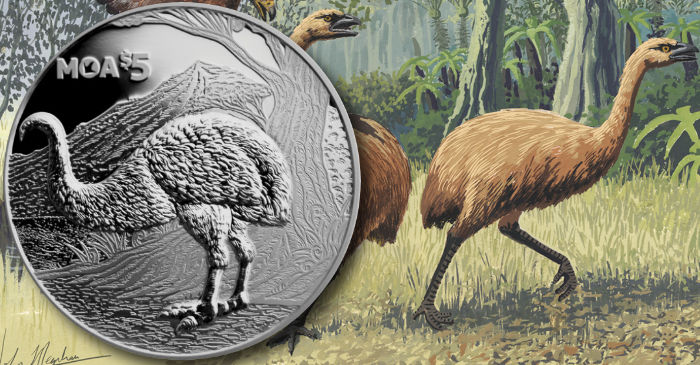 The Reserve Bank of New Zealand have launched (18th January) a new silver crown coin which provides a glimpse into the country’s pre-historical past and reminds us about the fragility of animal species once thought to be sufficiently robust to thrive under any circumstances. The new coin features the moa, who were a family of 11 species of flightless birds that were only found within New Zealand. Completely lacking wings, the question often arose as to how the moa initially managed to get to the islands of New Zealand. It is widely believed that they were already roaming both islands of New Zealand prior to them breaking away from the super-continent of Gondwana, which included the lands of India, Australia, Antarctica, and Zealandia about 80 million years ago. The largest species grew up to 3.7 metres (12 feet) tall and weighed up to 230 kilograms (more than 500 pounds). They were the only wingless birds known to have existed, as opposed to their cousins the flightless kiwi, which still have little vestigial wings hidden under their feathers. Although the kiwi was long regarded as the closest relative to the moa, recent studies suggest that either the Australian emu, cassowary, or tinamous species from South America may, in fact, be their closest cousins. Even though the moa are almost always portrayed as the largest bird the world has ever seen, some species were actually significantly smaller — much shorter than the height of a person — and some possibly as small as chickens.

Prior to their extinction, they were the dominant plant-eaters in New Zealand’s forests and only had one predator — the Haast’s eagle — the largest eagle ever known to exist. The Haast’s eagle was also the victim of extinction following the demise of the moa, who themselves were hunted to extinction by the Maori. New Zealand’s largest birds most likely became extinct within only 100 years of humans first arriving at the island (thought to have been around 1300 AD). Despite sightings of moa by whalers and sealers into the 18th and even the 19th century, none were ever substantiated. 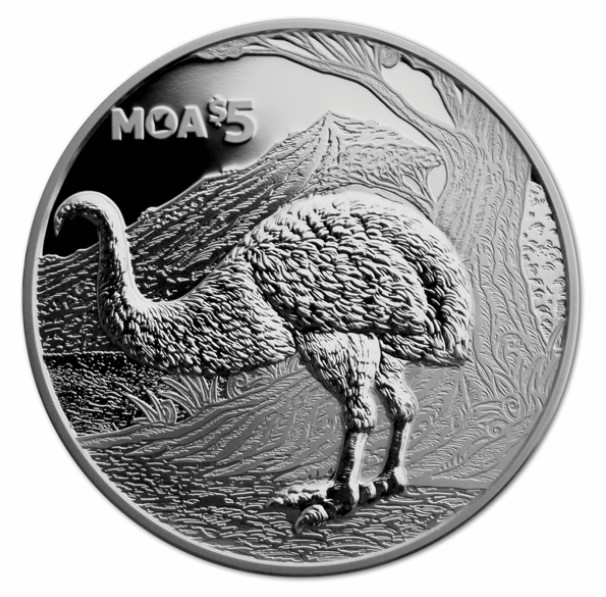 The coin is produced by BH Mayer’s Kunstprägeanstalt GmbH, Germany, on behalf of the Reserve Bank of New Zealand, and was designed by New Zealand artist Dave Burke. The reverse design has a stylised image of a moa in one of its more common habitats. It’s thought that multiple species of moa would have shared similar regions and browsing areas. Here the moa is depicted in a southern landscape with snow-capped peaks in the background and can be seen as it emerges from a dense native bush. An etching-like technique was used by the artist to create this unique and highly detailed scene. 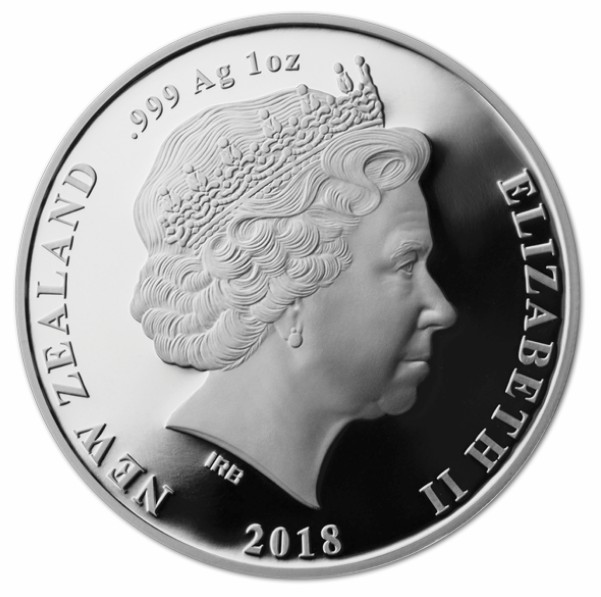 The obverse side depicts HM Queen Elizabeth II as designed by Ian Rank-Broadley. This effigy has been used on all circulation and many collector and commemorative coins of New Zealand since 1999 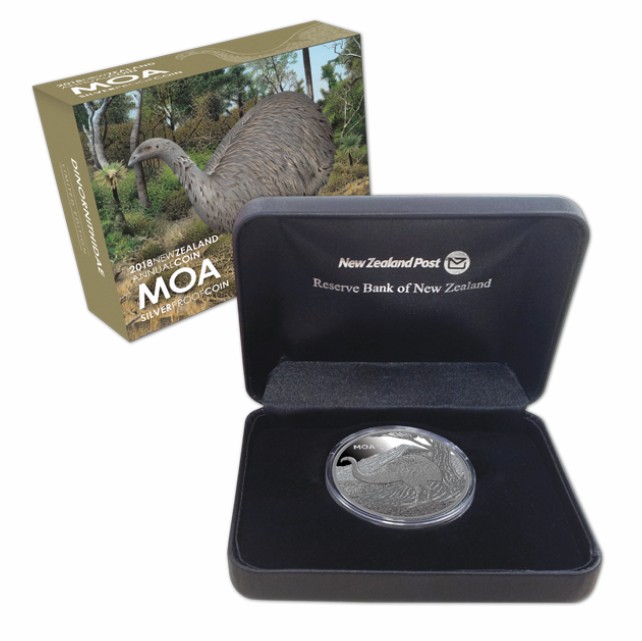 The coin is scheduled to be officially issued on the 31st January 2018, and is currently being offered for pre-issue ordering by the New Zealand Post, the official distributors of collector coins of New Zealand, before their release date. The coin is encapsulated and housed in a custom case along with a certificate of authenticity. For additional information on this and other coins issued by the Reserve Bank, please visit the website of the New Zealand Post.