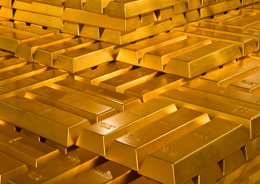 Once again, a research study by analyst Adrian Douglas has shed a new light on the state of the gold and silver markets.

His January 15 report, titled “Strong Indications of Gold & Silver Shortages” can be read at https://marketforceanalysis.com/article/latest_article_011511.html.

For both the gold and silver markets, Adrian has tabulated the last ten years of closing information from the COMEX.  He created graphs plotting the closing spot price on one axis and the number of open interest contracts on the other axis.

As the graphs get closer to the current day, the correlation between spot price and open interest becomes a horizontal or even negative slope.  For instance, ever since the price of silver reached $22 per ounce last fall, further price increases generally correlate with fewer open contracts on the COMEX.

The clearest implication of the silver chart is that once silver surpassed $22 per ounce, the COMEX traders on the short side of the contracts became more aggressive at closing their short positions and less willing to commit to sell new contracts.  As the price of silver rose further, this trend became even more pronounced.

In the gold market, the open interest stopped increasing once the price topped $1,300.

These charts show clearly that recently, as gold and silver prices rise, demand is increasing while supplies are diminishing.  This was not true ten years ago where higher prices brought out more supplies.

This analysis only shows the impact of trading on the COMEX markets.  It does not reflect activity in the London market nor the effect of trading gold and silver paper contracts and derivatives.  The paper markets trade in far higher volumes than the physical market.  Ultimately, however, the paper markets must react to physical market supply shortages and surpluses.  If the major banks that are shorting the COMEX gold and silver markets are now closing out such positions, this is happening because these businesses anticipate higher prices in the future.

While there may be lots of reports in the mainstream media of so-called experts proclaiming that the prices of gold and silver are at their peak or in a bubble, I think more accurate information can be discerned by watching the actions of professional traders who are putting billions of dollars on the line with their trading decisions.  As the last ten years of COMEX gold and silver prices and open interest indicate, supplies are getting much tighter and prices are due to go much higher.