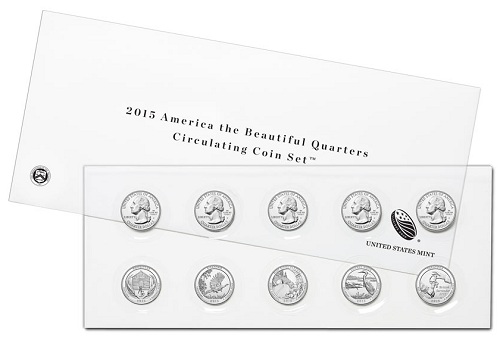 The U.S. Mint is now taking orders for the 2015 America the Beautiful Quarters Circulating Coin Set. The set includes 10 quarters in all, including examples of each of the five 2015 ATB issues produced at both the Denver and Philadelphia Mints. Each set costs $5.95; there are no stated production limits for this item.

The five quarters respectively feature the following sites honored as part of this year’s America the Beautiful program: Homestead National Monument in Nebraska, Kisatchie National Forest in Louisiana, the Blue Ridge Parkway in North Carolina, Bombay Hook National Wildlife Refuge in Delaware, and Saratoga National Historical Park in New York. All of the coins in this series share John Flanagan’s portrait of George Washington as an obverse image. 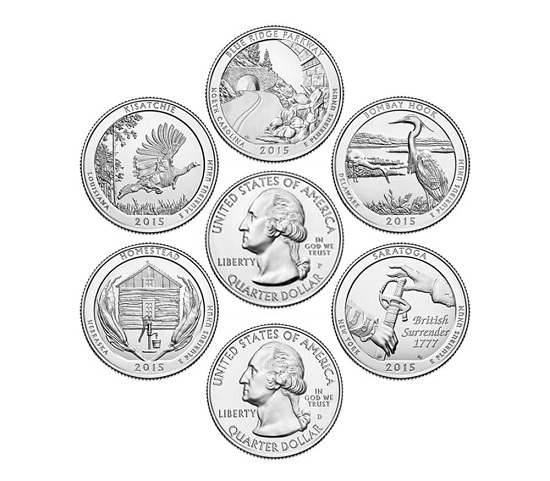 The 2016 series of ATB quarters will kick off with the release of the Shawnee National Forest quarter on Thursday, February 4, at Southeastern Illinois College in Harrisburg, Illinois.